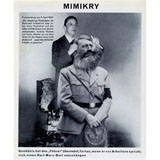 Not many of us advocate revolutionary politics with a straight face any more. For all its vehemence, contemporary anti-capitalism resembles street theatre when set against the big ideological struggles of the 20th century.

That’s why today’s oppositional art tends to send itself up, encoding its messages in irony or pottery. The prevailing mood is ‘melancholy’ nostalgia at the ‘failed avant-garde’, says Hans Askheim, curator of And Yet It Moves. His exhibition wonders how much life remains in the radical dog, by comparing one bona-fide old leftie, the German communist John Heartfield (1891-1968), whose satiric photomontages were a thorn in Hitler’s side, with four current artists from Britain, Norway and the US. 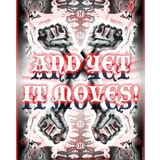 Mark Titchner, a Turner Prize nominee this year, repositions vapid corporate slogans on what could be Hipgnosis-designed union banners; New Yorker Lisa Kirk deploys glossy perfume bottles as Molotov cocktails; and Gardar Eide Einarsson, usually a kind of bleaker Banksy, has made a video about chickens. It sounds like a lively, thought-provoking mix, yet only Bjørn-Kowalski Hansen, who starts or sponsors real-life businesses such as T-shirt shops and hairdressers to fight corporate power, is constructively activist.

For more information, go to www.motinternational.org