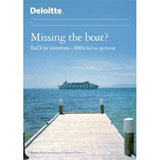 The Government is setting up units to advise companies about R&D tax credit eligibility and designers are set to benefit, says Scott Billings

Major sectors of the UK design industry could be sitting on a pot of gold in unclaimed tax relief – money which is being left untouched largely due to ignorance over what designers are entitled to claim. But this looks set to change after a test case made by Nissan Design Europe showed that design can qualify for the Government’s research and development tax credits, if designers learn more about the process and how to stake claims (DW 3 August).

David Godber, director of Nissan Design Europe, has secured the car manufacturer’s design studio ‘hundreds of thousands of pounds a year’ in tax relief, purely for its design endeavours. The development, says Godber, is a tangible demonstration of how the design process can be eligible for R&D support. Prior to Nissan’s success, the process remained somewhat complex and opaque and was seldom approached by designers.

But while many other consultancies and in-house design teams can learn from Nissan’s experience, strictly speaking, nothing has changed. The R&D tax credit system for SMEs launched in 2000 and was extended to larger companies in 2002. In theory, designers have always been able to claim back tax on work that involved innovation. The problem was – and still is – a debilitating lack of knowledge on the part of design teams, companies and the tax inspectors themselves.

What Godber’s claims demonstrate is that design can affect technology and innovation and can therefore be eligible for a claim, says David Cobb, a partner at accountant Deloitte, which advised Nissan on its claim. ‘You have to think about whether design goes hand in hand with R&D. If you have to overcome a non-routine technical challenge then it counts,’ says Cobb.

To enthuse businesses to claim back cash from the taxman, a fresh effort is underway to promote the R&D tax credit system to companies and designers. By the end of the year, HM Revenue & Customs will have established a number of dedicated units across the country, run by ‘experts’ in the claim process. At the same time, the Design Council and Deloitte are holding free workshops for about 50 companies to provide education and training on what they are entitled to and how to get it.

An R&D specialist in HM Treasury acknowledges that the tax inspectors’ varying experience of design issues may have affected the process in the past. ‘As centres of expertise, the new units will handle all R&D tax credit claims, to ensure all future claims are handled correctly. They will also have an outreach role, because the purpose of the tax credit is not to bring in revenue, but to encourage more innovation,’ he says. 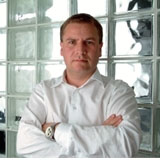 Godber (pictured) claims it is crucial that a business making a claim fully understands the guidelines and how they link with the design process. ‘The vast majority of design business [owners] don’t realise they are entitled to claim and designers don’t even realise they’re solving the kinds of problems which qualify,’ he says.

So what does qualify and what’s the financial pay-off for facing the red tape? Salary and materials costs for any design process where there is an attempt to innovate can qualify for a claim. As an example, Cobb cites a soft drinks company that desires a bottle of a certain shape. If it can only achieve the required strength, transportability, safety and so on by innovating through the design process, then the design costs of the new bottle could be claimed for tax relief. On the other hand, drawings, form and aesthetics alone are not eligible.

While there are no figures estimating how much design-related tax relief is currently going unclaimed, a survey by Deloitte earlier this year found that 55 per cent of potentially eligible SMEs had not submitted a single claim for R&D tax credits. And about 40 per cent of companies said that the most difficult aspect of making a claim is determining which activities are eligible.

majority of companies. The Cox Review also noted this. It seems that a stronger push is needed if the Government is to realise the main objective of the tax credit system: to stimulate additional investment in science and technology innovation and not just reward companies for making the same level of R&D investment they did previously.

If the design industry can become more conversant with exactly what it can claim, it can act as a catalyst for more R&D investment in the UK. And for any designers whose work involves potential innovation, there’s gold in them there tax credits.

• Businesses can include relevant salary and materials costs in claims

• Only 55 per cent of potentially eligible SMEs have ever made a claim, according to Deloitte

• However, a small design consultancy that undertakes innovative work for a large client is only able to claim at the lower, large company rate

ICA turns to Spin for an ‘impactful’ identity