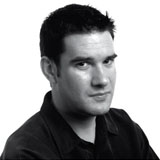 Transport for London is poised to unveil a service branded as London Overground this autumn, featuring a new train fleet with livery concepts by Real 451 and interiors by Design Triangle.

TfL is taking control of a series of lines collectively known as the North London Railway and currently operated by Silverlink Metro. Under TfL’s operation the network will become known as London Overground, with service and brand design handled by the company’s group design manager Innes Ferguson (pictured).

Mayor of London Ken Livingston will reveal plans for the new service in mid-September and TfL will begin running the service from autumn next year.

Livery for the train fleet is being developed by TfL’s 14-strong in-house team, following initial concepts from roster group Real 451. To select an approach for the train exteriors an open brief was given to all TfL’s 2D roster consultancies, with Real 451’s designs chosen by the client for further development.

‘We gave the roster groups a 72-hour open brief for a minimal, fixed amount of money to come up with as many ideas as they wanted,’ says Ferguson. Implementation of the livery will be handed back to Real 451 once technical details are established, he adds.

Train interiors will be designed by non-roster consultancy Design Triangle, which was brought in by TfL’s London Rail division. ‘Designing new train sets only happens once in a blue moon, so I don’t want a dedicated specialist on the roster and we went off-roster for this,’ explains Ferguson.

London Overground will reach as far as Watford Junction in the north and Barking in the east and also connects with Clapham Junction and Richmond. TfL will invest £25m in station enhancements.

According to Ferguson, control of the service by TfL will introduce the same operational branding, design standards and security as London Underground, including the integration of the Oyster card system.

The development is a move away from previous public-private partnership agreements and moves responsibility and costing back within TfL.

London Overground is one of a collection of improvements planned under TfL’s London 2016 programme, which has been brought forward to launch in time for the London 2012 Olympic Games.

New three-year roster is simplified into 2D and 3D disciplines:

News International free sheet styled to look like the Web