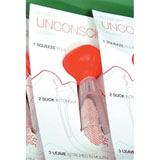 A panel of nine international jurors awarded designers for work that translated complex subjects into simple designs, using a personal voice, according to a Red Dot spokeswoman.

Digital design consultancy De-construct picked up a Red Dot for its design of a website promoting Stella McCartney’s fashion line for Adidas, www.adidas.com/stella, which launched in February. The creative concept is based on the idea of invisible barriers and what happens when they are broken down. The website uses animation effects and interactive elements in conjunction with fashion photography to bring it to life, says Tom Butler, design director at De-construct. ‘While the top level of the site focuses on the fashion side of the brand, further exploration reveals a more detailed view of the product range, highlighting the design, construction and technology behind each garment,’ he adds.

Dr Peter Zec (pictured below right), founder of the Red Dot awards scheme, says that the interactive media entries are showing increasingly innovative designs. ‘What is noticeable in this year’s entries is an enthusiasm for moving pictures. Following television programmes, the sequence of images is becoming more playful and the design is more experimental overall. The acoustic background is also becoming increasingly important in the field of Web design,’ he says. 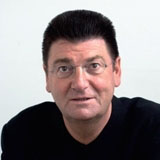 Zec stresses the importance of injecting humour into corporate literature. ‘Emotions and passion also have a place in business reports,’ he says.

Lisa Stroux, a student at the Royal College of Art, was also awarded a Red Dot Junior award for her witty product packaging design for Tongue Sucker, a device to clean tongues. Zec says that the packaging designs this year were ‘fun’, demonstrating a ‘modern-looking simplicity’.

Red Dot is based in the Design Zentrum Nordrhein Westfalen museum near Essen in Germany. A prize-giving ceremony will be held on 8 December in the Essen Philharmonic Concert Hall, during which time the Red Dot Grand Prix winners and the Red Dot Junior Prize for best student work, comprising a €10 000 (£6757) cash prize, will be announced. An exhibition of all the winners will be held at the Essen Red Dot Design Museum from 9 December to 7 January 2007.