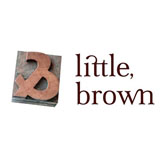 Unreal has rebranded Time Warner Book Group as Little, Brown Book Group – using the name of one of its imprint titles – with a fresh design that seeks to shun a corporate look.

The intention of the redesign is to create a more approachable identity that gives the feeling of a smaller, more ‘niche’ publishing family. ‘We wanted to give the sense of not being part of a large corporation. The identity had to show a sense of heritage,’ explains Brian Eagle, creative director at Unreal.

The redesign features a font called Alita that has been created by Tim Lewis, managing director at Unreal. The font has been stretched and some of the characters have been drawn in a ligature style. The identity also comprises a series of eight icons that can be applied across marketing collateral in varying ways to reflect the different values of the company, says Eagle. For example, a graphic image of a shell represents security, a stone implies strength, a woodblock is for heritage, an acorn is for growth and a cog represents teamwork. Unreal began working on the project three months ago.

The identity is being applied across the business, including signage at the company’s London headquarters, Brettenham House, situated in Lancaster Place. Little, Brown will also relaunch its website with a new design and is poised to appoint a Web designer to the project, says Roger Cazalet, group marketing director at Little, Brown Book Group. Unreal is also designing a profile book to ‘reintroduce’ the Little, Brown brand. This is due to be published next month.

Unreal is also rebranding the Time Warner Books imprint as Sphere. The group is still working up design solutions and a launch date has not yet been confirmed.

This marks the second redesign project by Unreal to revamp the Time Warner Books imprint. The consultancy redesigned the identity for Time Warner Books last year after winning a four-way pitch for the work. It was also tasked with redesigning the Time Warner Book Group identity, as part of a long-term project to grow the company. The new identity was intended to reference a classical heritage (DW 10 February 2005).