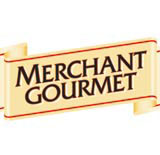 Brewer Riddiford has been appointed by fine food producer Leathams to revitalise its Merchant Gourmet brand. The consultancy was selected after credentials presentations from a final shortlist of two groups.

Initial redesigns will involve the packaging of Merchant Gourmet’s top 15 lines, comprised of approximately 70 products, before rolling out across the complete portfolio.

The designs will be available from autumn.

The consultancy will also look at the brand identity itself, although it is too early to say whether the design review will be an ‘evolution or revolution’ of the existing branding, says Brewer Riddiford partner Elsa Tye.

‘Merchant Gourmet has a very strong proposition, but is not leveraging that on pack as strongly as it might,’ explains Tye. ‘We want to bring that proposition to the brand identity to get a stronger competitive edge.

According to Merchant Gourmet retail director Simon Bell, the redesign is in response to new entrants and increased competition in the speciality foods market.

Timberland on track with Rowland interiors