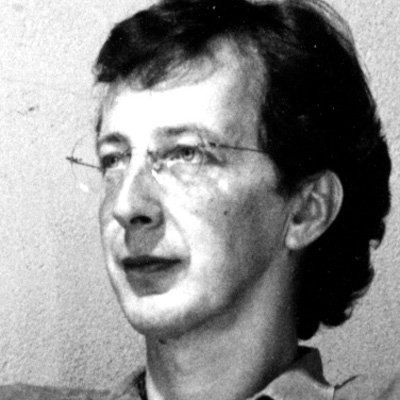 As mid-January approaches invariably I start to dread the trip to cold, damp Cologne with its dubious food. As always, this year I was pleasantly surprised. The 2011 IMM furniture show felt busy and optimistic.

Part of the reason for visiting European furniture shows is to assess the feeling on the Continent, and this year it felt good. The suppliers I spoke to were all surprised by the positive reaction of their clients generally, and in Germany in particular, with comments like, ’We’re actually getting orders this year.’ This could be because January sales buyers were after ex-display bargains, which has freed up floor space for them. In more prosperous times, retail clients would rather order new products, which have never been used by anyone else, than an identical ex-display piece.

The design of the IMM show has improved, with a good trends section. This year Patricia Urquiola curated a display and to quote her comments is very relevant to the market: ’I believe in the concept of quality as a value in contrast to the notion of luxury. Quality can be expressed in every product and at every price level; an austerity that eliminates adornment, but has a proper identity which is difficult to place in time. It is as contemporary today as it could have been yesterday or tomorrow. A lack of superabundance, cutting surplus. A clean intensity. A mental comfort that gives us emotions and assurance.’

I know this is Urquiola’s personal take, but these comments sum up the market at the moment. Clients like classical references (Eames rather than Hepplewhite), quality and originality of design thinking rather than ornament, understated style. Flashy is definitely not wanted.

This can mean products end up being safe and boring, which is unfortunately what a lot of products at Cologne demonstrated. However, one or two little gems stick in my mind. Northern Europe is definitely stronger in design terms than Italy at the moment.

Clients like classical references, quality and originality of design thinking rather than ornament

Some of the more interesting conversations were about furniture showrooms and shops competing with e-commerce. It has been predicted that 30 per cent of furniture showrooms in the Netherlands will die within the next few years, and I suspect this will be true of several other European countries. This is partly because many of these showrooms are family businesses with the owners retiring and not being able to pass on their businesses.

However, many of these showrooms have not faced up to the reality of Internet competition. The classic problem is trying furniture in a showroom and promptly searching online. Traditionally, furniture suppliers demanded that clients took samples for their display. With 30 per cent less floor space, large suppliers will tend to win that space. Smaller suppliers may well get relegated to obscure corners. This will lead to major manufacturers being featured more strongly on retailers’ websites. Inevitably, this will in turn lead to more competition and price wars.

The obvious way out of this, and a great opportunity, is to not succumb to those manufacturers’ demands, but to look at smaller manufacturers, take pride in your individual taste and market that individuality. This also means that larger manufacturers are going to have to rethink their ways of marketing to support stores of all sizes. It is all a really exciting challenge for the entire furniture industry.

This neatly brings me to Maison & Objet in Paris. Paris thrives on individual shops and I always feel a buzz of excitement when I arrive there. Retailer Merci is a magnificent example on Boulevard Beaumarchais 111. As a concept store it works brilliantly, has great displays and atmosphere, is always busy and gives its profits to charity. Having left there, heading towards the Beaubourg, I was constantly delighted by individual little shops – such a tonic after the anonymity of much of London. That individuality combined with a good Web presence is the only way forward for central retailers and showrooms.

The Paris show has a strong decorator presence, but there is one contemporary hall, which has been growing in importance over the past few years. Several Italian suppliers have left Cologne for Paris, believing it to be a more interesting show for international buyers. It certainly has a lightness of touch missing in Cologne, but the decorative, ephemeral element creeps in on some stands, which just makes me think that the world does not need this stuff. Once again the northern Europeans shine through with companies such as Muuto and Normann exhibiting.

On the furniture side, Ligne Roset has improved enormously over the past few years and Cinna had some original designs. What is good in Paris is that several small companies share the same hall, so here is the opportunity to see what individual firms have to offer. It is also possible for more established companies to take small stands, which makes the whole show economically viable and buzzy. All in all, it left me with the thought that design prospects were looking pretty good for 2011 – and let’s hope the market will invest.