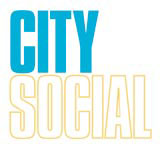 Judge Gill has designed a graphic identity for Reebok City using Reebok’s font and colourway, as well as a marque for the stadium’s bar and cafÃ©, City Social. Both will be widely applied. It has also created interiors for the bar/cafÃ© and retail areas of the site.

City Social will cater for fans on non match-days and will transform into a 180-seater restaurant when games are played, says Judge Gill project designer Ric Mather.

It is designed to help fans uprooted from the club’s former Maine Road stadium ‘feel at home’, adds Mather, and opens in early August.

The store on the ground floor, called City Store, will be a ‘flexible environment’ to cope with increased traffic flow on match days, he says. The store will also feature a ‘self-replenishing’ football shirt wall, stocked from behind by staff.

Judge Gill won the work after a creative pitch in 2001. Mather & Company was appointed in December last year after a four-way unpaid creative pitch.

The City of Manchester Stadium has been transformed from an athletics track for last year’s Commonwealth Games to become Manchester City’s football ground.

Eurostar Premium points to a delay

Flurys gets the cream with a flourish from Conran