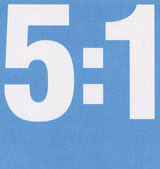 Wolff Olins director John Williamson threw down the gauntlet, calling on countries to spend at least 1 per cent of their annual gross domestic product on national branding programmes. The call came as Germany launched its Creative Capital Foundation, an initiative to improve the image of Germany among British people and stimulate tourism.

The initiative is also designed to encourage British children to learn German in schools, following a Learn German campaign designed by Brighten the Corners which used lighthearted stereotypes to engage with children (DW 27 March). Currently, only 1 per cent of British children learn the language.

Research unveiled at last week’s debate revealed that Germany does not have a contemporary image in the UK. Brands associated with it, such as Mercedes, Audi and MÃ¼ller, are increasingly becoming the ‘bearers of national identity’, claims Goethe Institut London director Ulrich Sacker.

Williamson agrees. ‘Nowadays, when people are angry, they attack brands such as Nike and McDonald’s, where they used to burn the national flag,’ he says.

But brands offer an inaccurate, limited view of a nation, says Sacker. They often reinforce stereotypes about a country – for example, that British brands are traditional and French brands are ‘soft’. Countries must therefore take the lead in seeking to influence how they are viewed, believes Williamson.

But Henrion Ludlow Schmidt co-founder Chris Ludlow argues that ‘[corporate] brands make a nation, but I’m not convinced nations themselves can be brands’. The consultancy designed the identity for Creative Capital Foundation.

Wally Olins, Saffron Brand Consultants chairman, who led Wolff Olins’ in-depth study of the German ‘brand’ three years ago, says a growing emphasis on national stereotypes is leading to ‘grotesque distortions’ of the reality of countries, which must be addressed.

‘Germany’s image of Hitler, Mercedes and Lederhosen is outdated. Its reality has changed irrevocably over the past ten years – it now has a chance to change its image,’ Olins says. Relying on a nation’s brands is dangerous because they can distort the true nature of a country, he says.

But national branding is difficult because countries are ‘complex and contradictory’, says Simon Anholt, Place Branding Institute director. ‘Branding is about simplicity, so what we could end up with is all countries’ brands starting to look the same. It’s a country’s culture that sets it apart,’ he says.

As Sacker says, Germany has avoided branding itself because of ‘political considerations’.

‘For a long time, the subject of branding Germany was avoided, not least because it continued to suffer from the “over-branding” which the Nazis imposed on the country,’ he says.

Italy has the best country brand, believes Anholt. ‘People buy into Italian brands regardless, particularly in the fashion and luxury goods sector,’ he says. Any national branding initiative must ‘encourage people to broaden their view’ of a country. ‘You can’t simply tell people what to think,’ he says.

Turner Centre high on the Agenda

Flurys gets the cream with a flourish from Conran