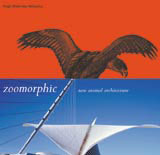 New architecture is increasingly influenced by animal forms, contends Hugh Aldersey-Williams in Zoomorphic, New Animal Architecture. The book looks at a ‘rash of buildings inspired by bizarre animals’ and its 260 illustrations feature work from Renzo Piano, Santiago Calatrava and Foster & Partners. It has been produced to accompany the Victoria & Albert Museum’s Zoomorphic exhibition, which incorporates architectural models, sketches and images of more than 40 buildings, alongside stuffed animal specimens. The book, published by Laurence King and designed by Godfrey Design, will be available from 19 September when the exhibition opens at the V&A.

Getting past receptionists is easier said than done