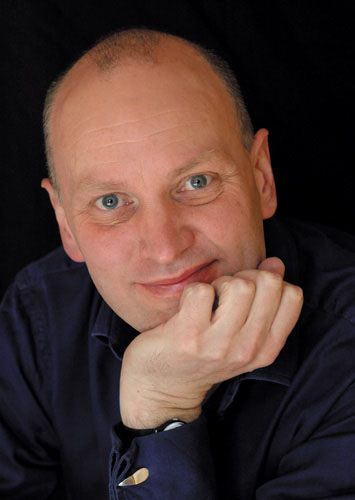 What’s to be done with all the outdated electronics that clog up our homes? Hugh Pearman yearns for good old mechanical designs you can fix with a hammer

Do you possess a steam iron? If so, how long have you had it? Not very satisfactory, is it? Doesn’t steam very well, most likely? And this would be, what, the fourth or fifth steam iron that you have bought, owned, got fed up with, and discarded?

Our houses are full of stuff like this. Mine is full of crashed computers, for instance, which I daren’t recycle because of the dire warnings one is given about how fraudsters can clone your identity from the hard drives. You might not be able to make them work, but they can, oh yes. Smashing them is the only solution. This rather puts paid to your charitable plans to donate the old kit to developing countries.

At least it seems to be safe to give away old mobile phones, once you’ve extracted their DNA in the form of a Sim card. But what do you do with the drawers full of dead watches? And the obsolete film cameras, not to mention the obsolete digital cameras? Most of these things work, with a battery. They’re just not very good by today’s standards.

I find I even have boxes full of floppy disks, which I’ve not used for years. CDs are almost equally useless now we all use memory sticks instead. And here’s a real throwback/ I have a VHS recorder and, what’s more, I use it. This ancient technology is kept on because of various treasured children’s videos. When we chucked out armfuls of such childish stuff there was a teenage family uprising and I had to scour local fêtes and garage sales for replacement Pingu tapes.

Still, I can’t see the VHS machine lasting much longer. Presumably, I’ll get a hard-drive recorder, or equivalent, eventually, and presumably this will be the wrong sort so I’ll have to get another, and another. And all this makes me think of the great conservationist and engineering writer LTC Rolt, known as Tom.

Tom Rolt drove the same car for most of his life from the 1920s until his death in the early 1970s. It was an open-top Alvis. Rolt did not regard closed cars as being quite proper. Upon his death, his son inherited the Alvis, and I believe drives it to this day. To say that an Alvis is durable is an understatement. It’s the kind of car you can fix with a hammer. This is the kind of design we need.

Similarly, staring at my large collection of dead battery-powered cameras, I remember that my father used the same mechanical Pentax for decades. It did not go wrong. It required no electricity. He shot 35mm transparencies, some of which are now more than 40 years old. I would not count on my digital equivalents lasting four years. They just get lost, don’t they – lost on crashed hard drives, lost on obsolete storage media, lost as soon as those useful online photograph organisers cease to exist.

This is something of huge concern to librarians and archivists. Our information technology generation is in danger of leaving no trace of itself. What’s the legacy mode of Flickr, say? What will happen to all those images? What happens to all the vital text messages from one famous person to another? Who assiduously stores all their e-mails for posterity, and how?

So there are two vital things that designers can do today. One is to design a steam iron that just goes on working, year after year. The other is to concoct a universal, permanent, accessible storage medium for all things digital. They could start by thinking about paper. That’s clever stuff.