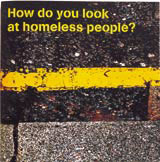 almost all clients are striving for the most polished, professional-looking annual report they can get – unless, of course, they’re in the charity sector. Here, the rules have traditionally been somewhat different. Four-colour? Too extravagant. Pithy, impactful text? No, every project must be given room for its say. Commissioned photography? Not on this budget.

Even if the money is there, there has still been a reluctance to employ the same marketing and design values in case supporters feel donations are being misdirected.

Fortunately, things are changing. More charities, prompted by intense competition, are realising the potential of their reports as marketing, communication, and even revenue-generating tools, as well as vehicles for financial reporting.

It’s not a moment too soon, according to John Spencer, director of Spencer du Bois, which specialises in not-for-profit clients. ‘They very often end up with a document that achieves something by accident [rather] than deliberate effort,’ says Spencer. ‘Many charities use either cheap design groups, which aren’t best for the job, or those that treat it as an opportunity to show off and win a few design awards.’

Budgetary constraints aren’t really an issue, Spencer says. ‘You cut through the crap, get to the point and do it simply. The problem is the lack of brief and direction.’

As with any client, what matters is the right design solution. ‘It’s all about taking an appropriate approach to the charity’s message,’ says Steve Harvey, managing partner of design group This Way Up. ‘Sometimes that means spending money on an expensive publication.’

But more often it’s about making the most of what you’ve got. Charities are now seeing the benefit of investing in photography, says Ranch Associates, which created the latest annual report and review for Action Aid with commissioned images.

‘Three or four years ago, you’d go to charities and they’d have a box of scrappy images. Now many have a photographer because they’ve discovered that if you spend £400 for a day, you’ll have loads of material for years to come,’ notes creative director Paul Jenkins.

Tight budgets are not seen as a problem. ‘It’s about punching clever in terms of what you’re doing,’ says Michael Sheridan, design director of C Eye. With a budget for just one day of photography for its 2002/3 report for The National Centre for Young People With Epilepsy, C Eye ensured the images would have a use beyond the report. It also made use of existing material by creating a grid to use photos that weren’t good enough for a main shot.

Another group, Third Eye Design, also made a virtue of necessity in the photography for children’s charity Aberlour’s 2003 report. It gave 100 disposable cameras to children, supported by Aberlour, and used the results uncropped. The images have an effective naivety and directness, and are combined with the report’s coverline: ‘Celebration through the eyes of children’.

But sometimes strong typographical solutions are the answer instead, whether due to lack of usable images or innate suitability. ‘We have no fear of putting just type on the cover. It can say a lot more than a picture and often you don’t have the right one,’ says Ranch Associates’ Jenkins, who used that approach for the Action Aid review.

This was combined with glossy stock inside the report and a functional-looking file paper cover, to stop the report appearing too extravagant. Spencer du Bois’ design for the International Planned Parenthood Federation’s 2002 report uses typography to epitomise the fighting attitude the organisation adopted after the Bush administration prompted large budget cuts. Its design has a bold ‘Brave’ in black and red on the front, and ‘Angry’ on the back, with plenty of ballsiness inside through headline statistics and the use of bright red.

For the Breast Cancer Campaign annual report, Spencer Du Bois focused on the BCC’s jigsaw logo as a typographical device throughout, along with a pink tint, and limited use of photography. Lippa Pearce’s 2003 report for human rights charity Witness, which records human rights abuse on video for lobbying evidence, combines hard-hitting statistics with images from the footage. Appropriately, the report format is the same size as a video.

In This Way Up’s report for Victim Support London, bold typographical treatment of victims’ stories are combined to great impact with urgent shades of orange (‘Sometimes I wonder if I can carry on’). There is no false levity; the cover is a gloomy sky, which only breaks into sunshine – albeit black and white – on the fold-out inside cover.

Conversely, humour can be an important communication tool, as Imagination discovered with its report for Battersea Dogs Home, and again, the solution doesn’t have to cost the earth. It had to appeal to a diverse audience, and used cartoons and witty captions to photos, combined with more subtle devices, such as using a dog lead as a time line, and in the financial summary, representing costs per animal with appropriately sized canine outlines.

Ultimately, there is no room for anything but top quality design in such an important sector. As Max du Bois, director of Spencer du Bois, puts it: ‘You’re as professional and proficient as you look. You have to compete.’

442 Design breathes life into The Ozone

No more carb counting thanks to designer potato