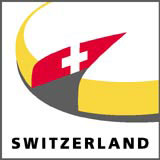 Fitch has created the Swiss cheese quality control marque for the Switzerland Cheese Marketing company, which is set to relaunch in July.

The consultancy was appointed after a five-way pitch against three British design groups and two others from elsewhere in Europe.

The marque is designed with consumers in mind. Their attitudes to what they eat have changed significantly, says a Fitch spokeswoman. The aim is to create a logo that is a recognisable stamp of quality and also has more relevance to the product than the previous marque.

The logo features a cheese with a segment cut away to reveal the Swiss flag. “The marque represents the pedigree of Swiss cheese,” says the spokeswoman.

Fitch senior designer Gaby Noye says the only request from the client was the inclusion of the Swiss flag in the logo.

“The marque had lost a lot of its significance in the minds of consumers,” Noye adds.

Getting a foot in the awards door