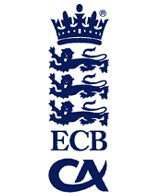 Ratcliffe Fowler Design has created the identity for the cricket coaching organisation, the ECB Coaches Association, which launches this week.

The association, overseen by domestic cricket’s governing body the England & Wales Cricket Board, is a merger of the Association of Cricket Coaches and the ECB. The body, which launches next January, represents 30 000 cricket coaches. An ECB spokesman says, “This is a new organisation responsible for the support and development of coaches at all levels.”

The identity will appear on clothing, literature and forthcoming exhibitions and conferences. Ratcliffe Fowler will create a coaching manual later in the year, but the consultancy is unlikely to be involved in the design of a website, says RFD director Jim Fowler.

Fowler claims the identity and other branding initiatives will enable cricket to compete on equal terms with the likes of football, attracting more followers to the game. “Cricket has been living in the dark ages but, like rugby, it is getting its act together,” he says. “These identities help professionalise the sport.”

Fowler adds, “We were approached for this work by the ECB, there was no pitch.”

TuTu by Wales and Wales