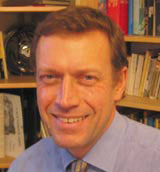 A venture capital fund to back businesses in London’s creative industries is hoping to draw interest from enterprises in the design sector.

According to CCF investment manager Nick Caiger-Smith (pictured), a number of potential schemes are currently being assessed for funding, but these are mainly in the media and publishing areas, with no plans on the table from the design sector. ‘I’m very hopeful that things will come through in the design area. I can see particular opportunities in corporate identity and branding, which is closer to advertising, and in the area of retail interior design,’ he says.

The CCF ‘matched fund’ will provide up to half the value of investment for a business plan, on the condition that the remaining share is picked up by another investor. These co-investors may be additional funding bodies, private investors or private individuals, perhaps in the form of ‘business angels’ – individuals who wish to invest privately in a growing enterprise.

Although the fund will invest in equity in the early stage of a venture, typically a start-up business, it is not a grant. According to Caiger-Smith, CCF fund investment managers will seek high-growth ventures, with the fund typically expecting to exit after three to five years, although this is not a requirement.

Investments will be given in the range of £75 000 to £500 000, depending on the stage of development of the venture. A team of creative industries advisors will work alongside the investment managers at CCF to assess applications for funding. It will also work with corporate finance houses, accountants, lawyers and creative industry ‘incubators’ such as universities and colleges.

In addition to the provision of funding, CCF will also offer business support and advice to applicants, as well as expertise on securing deals. ‘Co-investors and entrepreneurs may need somebody to catalyse deals. We are not simply a funding body; we also have the ability to crystallise a deal and we have people on-board who have knowledge of the creative industries, who want to sit as non-executive directors on company boards,’ says Caiger-Smith.

The launch of CCF comes as the Government continues to shore up enthusiasm for the creative industries, which it sees as holding significant potential for increased economic contribution. Creative London claims that a fifth of all new jobs in the capital are in the creative sector. With a predicted growth rate of around 4.5 per cent annually – notably in design, music, digital content and fashion – the creative industries could make up a £30bn industry by the time London hosts the Olympic Games in 2012.

‘The perception from central and regional Government is that the creative industries are an untapped sector. The CCF has been set up to generate a return on the funds it provides to businesses and in so doing stimulate activity in the sector,’ says Caiger-Smith.

• £5m cornerstone funding for creative industry ventures in Greater London, to be allocated over indefinite period