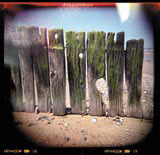 The quintessential New York cab has been overhauled by Blue Marlin Brand Design, as part of an exhibition run by the Design Trust for Public Space, looking at ways to improve the vehicle. The exhibition runs at Parsons, The New School for Design Gallery in New York until 15 January.

Nokia’s design team has unveiled three multimedia devices, as part of its N Series of products, under a programme to push convergence of phone, television, Internet and multimedia functions.

Japanese illustrator Satoshi Kitamura has created the drawings for The Carnival of the Animals, a picture book based on Camille Saint Saëne’s classical music of the same name. It will be published by Walker Books on 5 December.

Minale Tattersfield’s London office has redesigned the packaging for Italian lemon liquor drink Limoncè, rolling out across the country before Christmas. The marque’s design suggests ‘Lemons here’ in Italian. 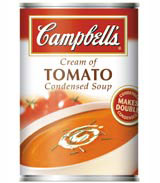 Universal Design Studio’s designs for Canteen can be seen inside the new Foster and Partners development in London’s Spitalfields market.

Campbell’s is relaunching its range of condensed soups, with packaging designs by Springetts. The consultancy has also updated the brand’s marque, dropping the ‘condensed makes double’ strapline from the logo.

The I Shot Norman Foster exhibition of building photographs opens on 17 November at the Architecture Foundation in London. Pictured is the Great Court at the British Museum, by Norbert Schoerner.

Honesty is the best policy when building a brand