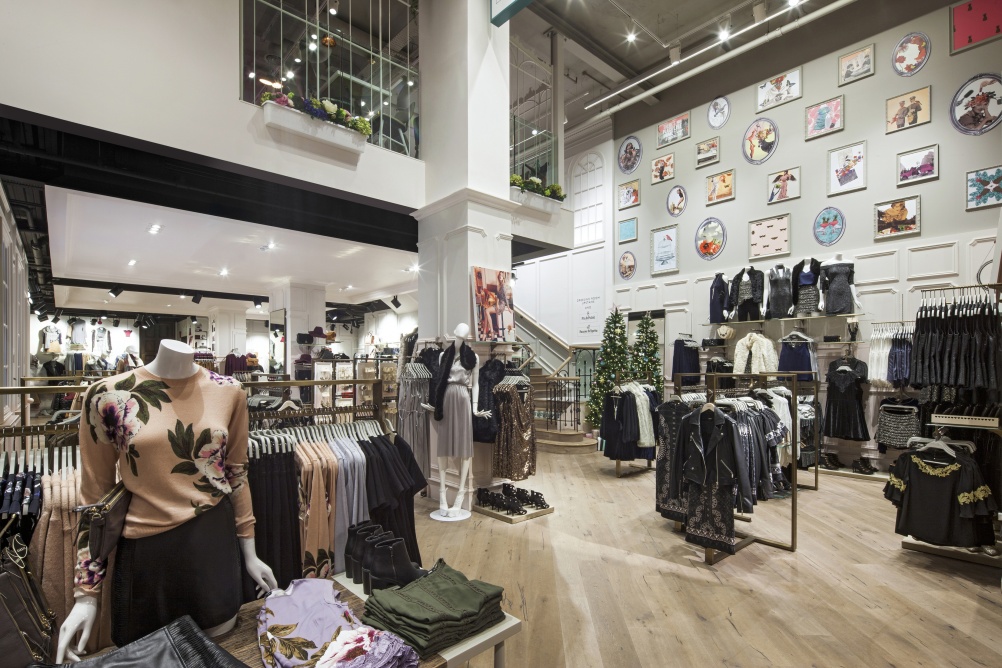 Women’s clothing brand Oasis has revealed a new flagship concept store based in London, which aims to encourage customers to “pamper themselves” and stay in store longer. 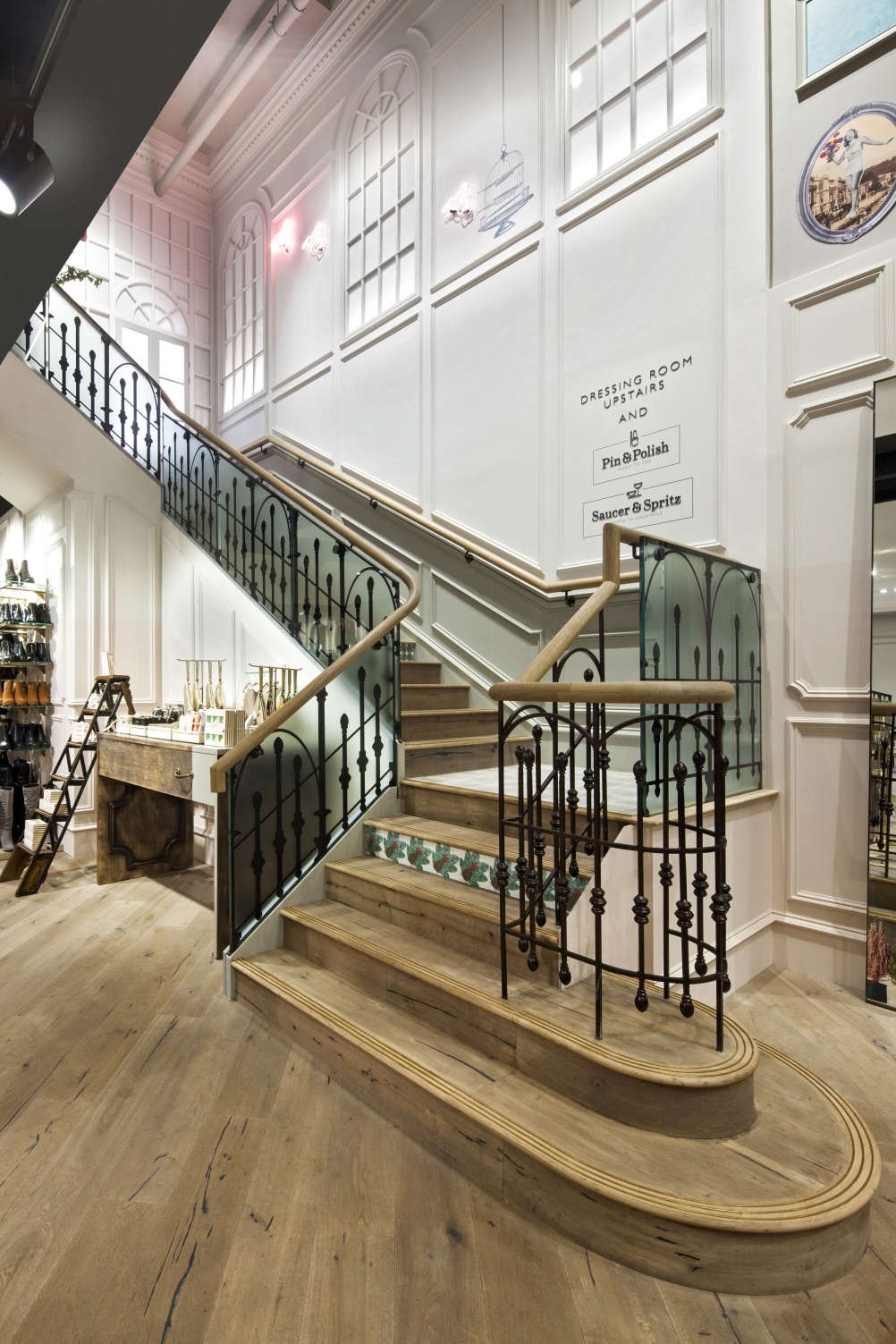 The entire store’s interior design has been based on the idea of a “Georgian house”, including panelling, plaster ceiling, a “fuchsia pink gradient” on the shop front, and a “grand feature staircase”, says Dalziel & Pow.

Details such as fake mouse holes in the skirting boards, bookshelves, goldfish bowls and china teacups have been scattered throughout the store to exaggerate this theme. 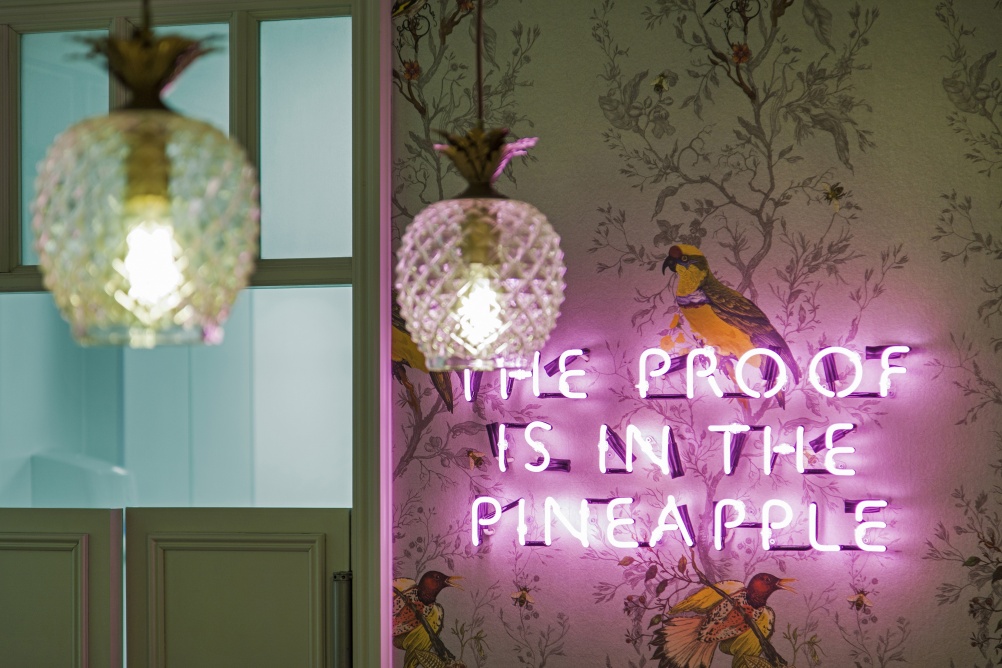 “Quirky, botanical” motifs of pineapples, bees and plants have also been added to the décor to signify the store’s house style, which has been coined the “House of Oasis concept”. 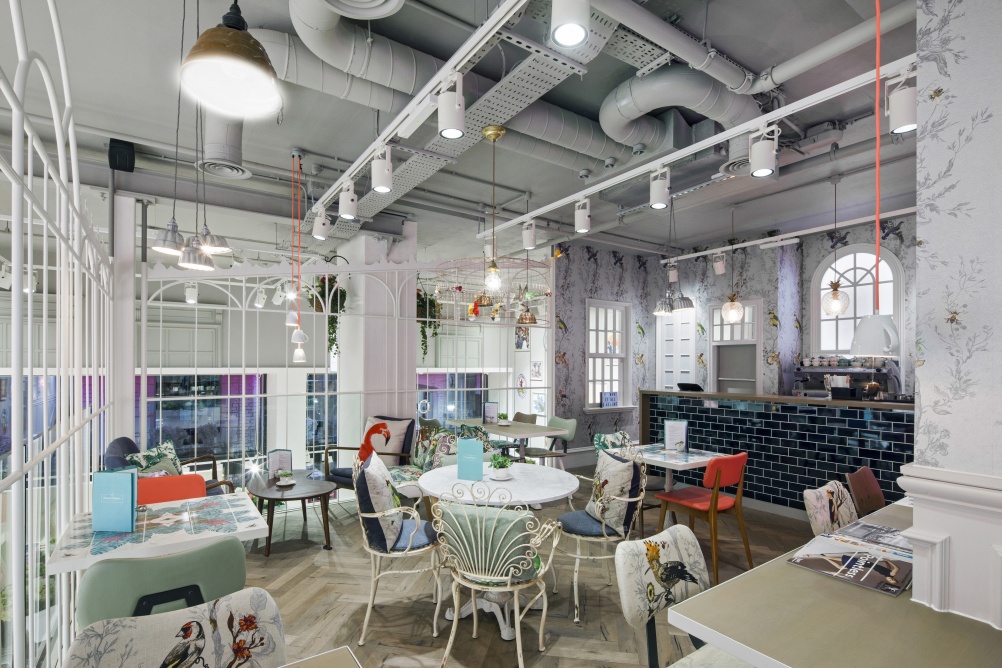 A coffee shop called Saucer & Spritz turns to a cocktail bar after 3pm, staying open until 10pm. It includes a seating area outside the store on the ground floor, and on the mezzanine level. It also has a revolving backdrop behind the bar which aims to “transform the space from day to night”, says the consultancy. 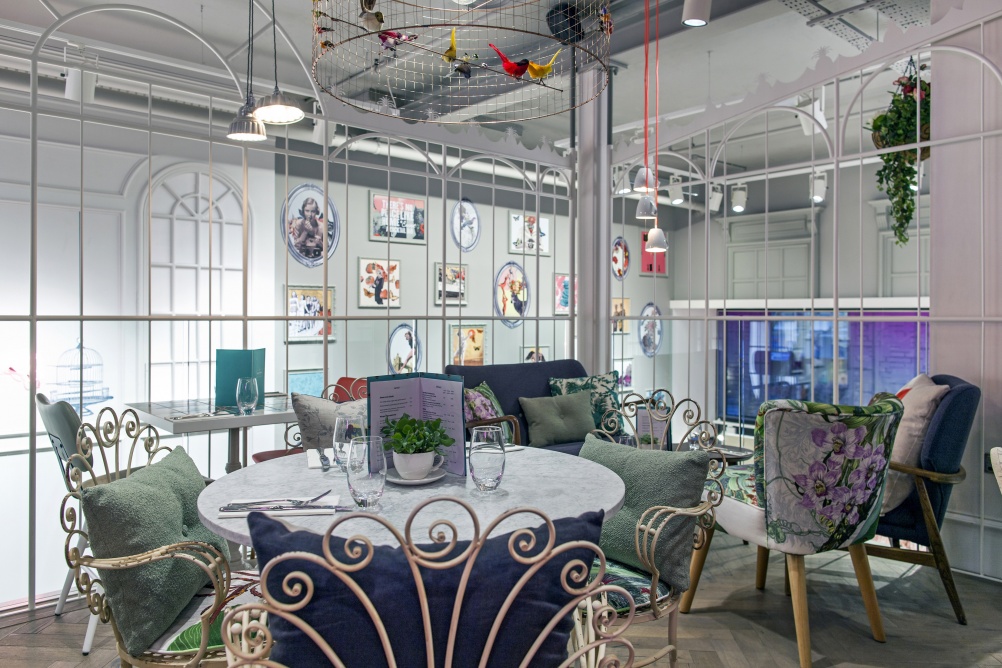 The beauty salon Pin & Polish is based at the back of the store, separated by two arches, and aims to appear “inviting and domestic”, the consultancy adds, with patterned wallpaper and “soft” seating. It incorporates a colour palette of white, pink and green, which aims to “not to mid-century salons of the 1940s and 1950s”, says the consultancy. 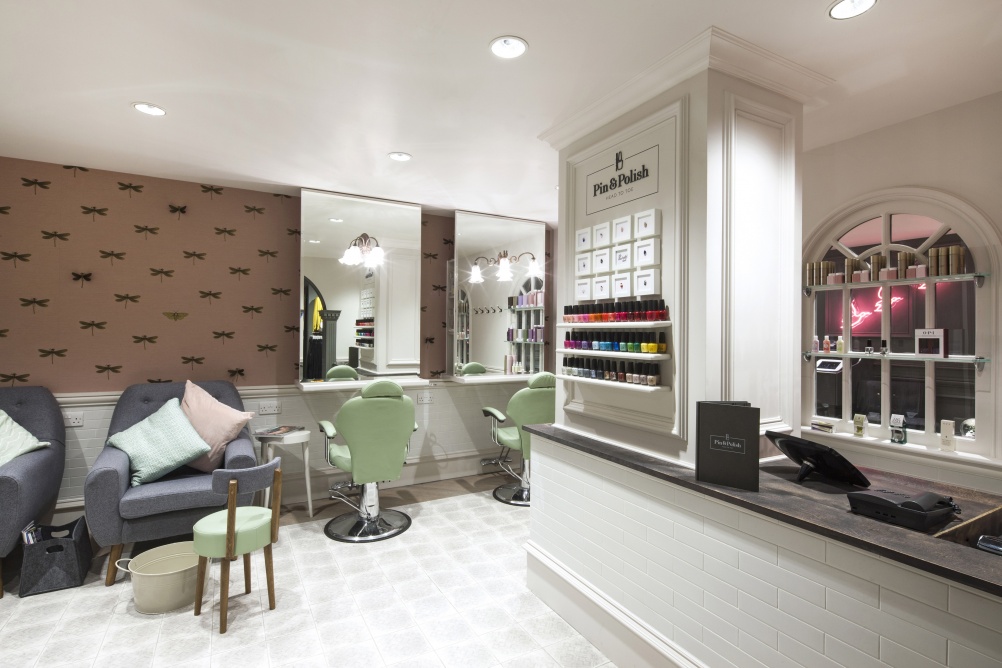 Concierge desks in the fitting rooms also include iPads, where customers can search for and order products.

Mark Frankland, design associate at Dalziel & Pow, says that the new store design was inspired by “the social element that people enjoy before going out”.

He says: “We’re not trying to change the face of the store itself but enhance the overall experience. We want to bring in the idea of pampering and enjoying a glass of Prosecco while shopping – a ‘girls getting ready before a night out’ feel.”