X
Skip to content
Nike has redesigned its football boot, with the aim of making people’s feet act more intuitively when playing the game.

The Magista 2 boot has been created by Nike in-house designer Phil Woodman, who says his design is based on the idea of “how the foot might have adapted had its primary purpose been football”. 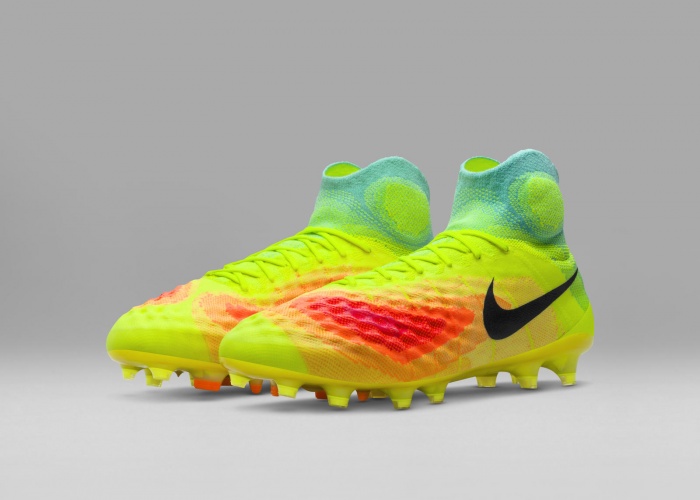 Designed around high areas of touch

It is a rework of Nike’s Magista boot, focusing more this time on sensation. “We were focused on sensory amplification through feel,” says Woodman. “By delivering a better feel for the ball, players are able to confidently create on the pitch without distraction.”

The boot was recreated in partnership with Nike Sports Research Lab to discover which parts of the foot are most sensitive to touch. These were then compared against which areas on the foot experience high touch when playing football, by looking at slow motion films.

This data was then converted into a heat map on a model of a foot, revealing areas of overlap between high sensation and ball engagement. 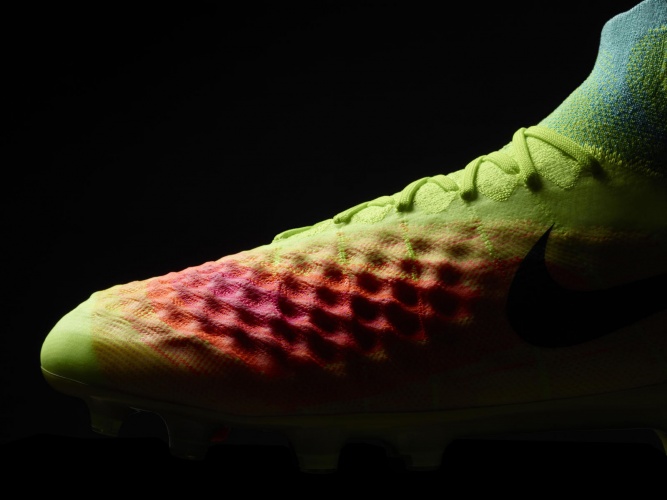 “An organic extension of the foot”

The upper part of the shoe was then 3D-printed with peaks and troughs in certain areas, creating a textured effect. The highest peaks have been installed in high contact areas, with the hope of the making the shoe work “as an organic extension of the foot”, says Woodman.

“The texture is podular and cushioned, designed to communicate with a player’s sense of touch when the ball comes in contact with it,” he says.

The colours of the heat map were also used in the exterior design of the boot, as Woodman says: “It creates an iconic aesthetic that’s unlike anything else on the pitch.” 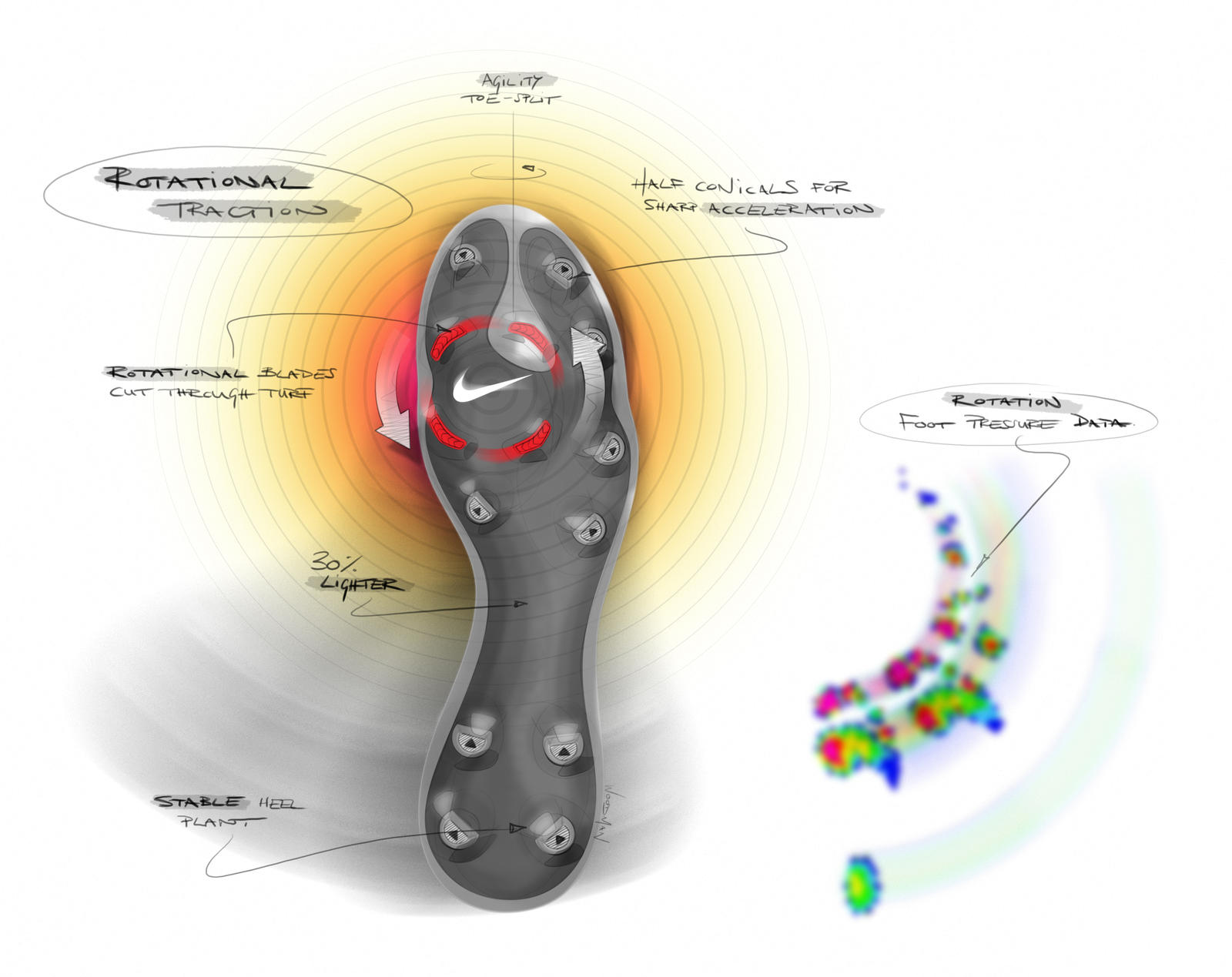 Studs rearranged into a “complete system”

More padding has been added in place of a tongue and around the collar to provide more protection in “high contact areas”.

The studs underneath the boot have also been rearranged, based on traction patterns that players take, looking at the studs’ arrangement as a “complete system”. Studs of different shapes have been incorporated for various purposes, such as half-conical studs for acceleration.

The Magista 2 boot will be available to buy from 24 July via the Nike Football app. Nike is yet to release a price. 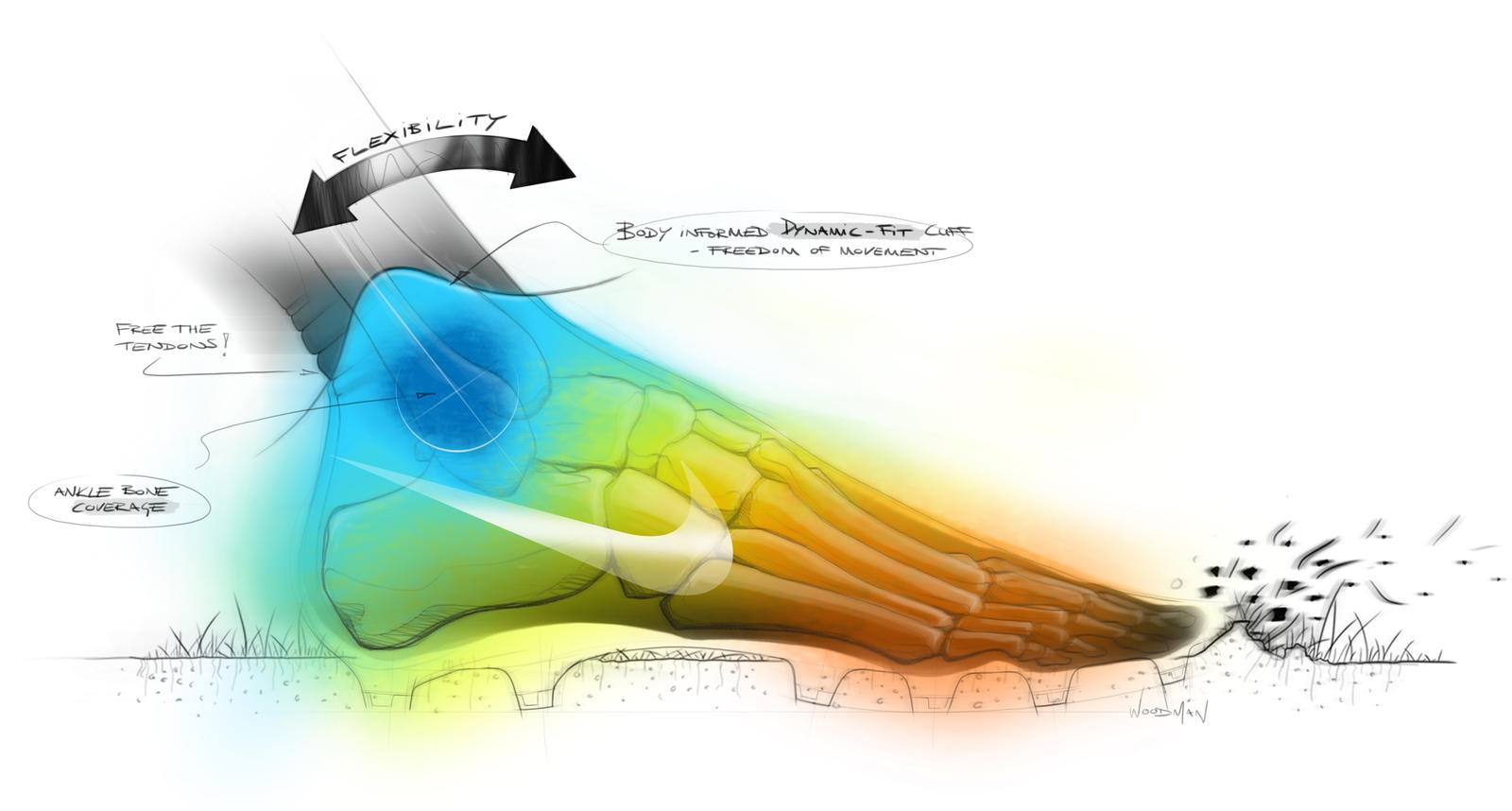 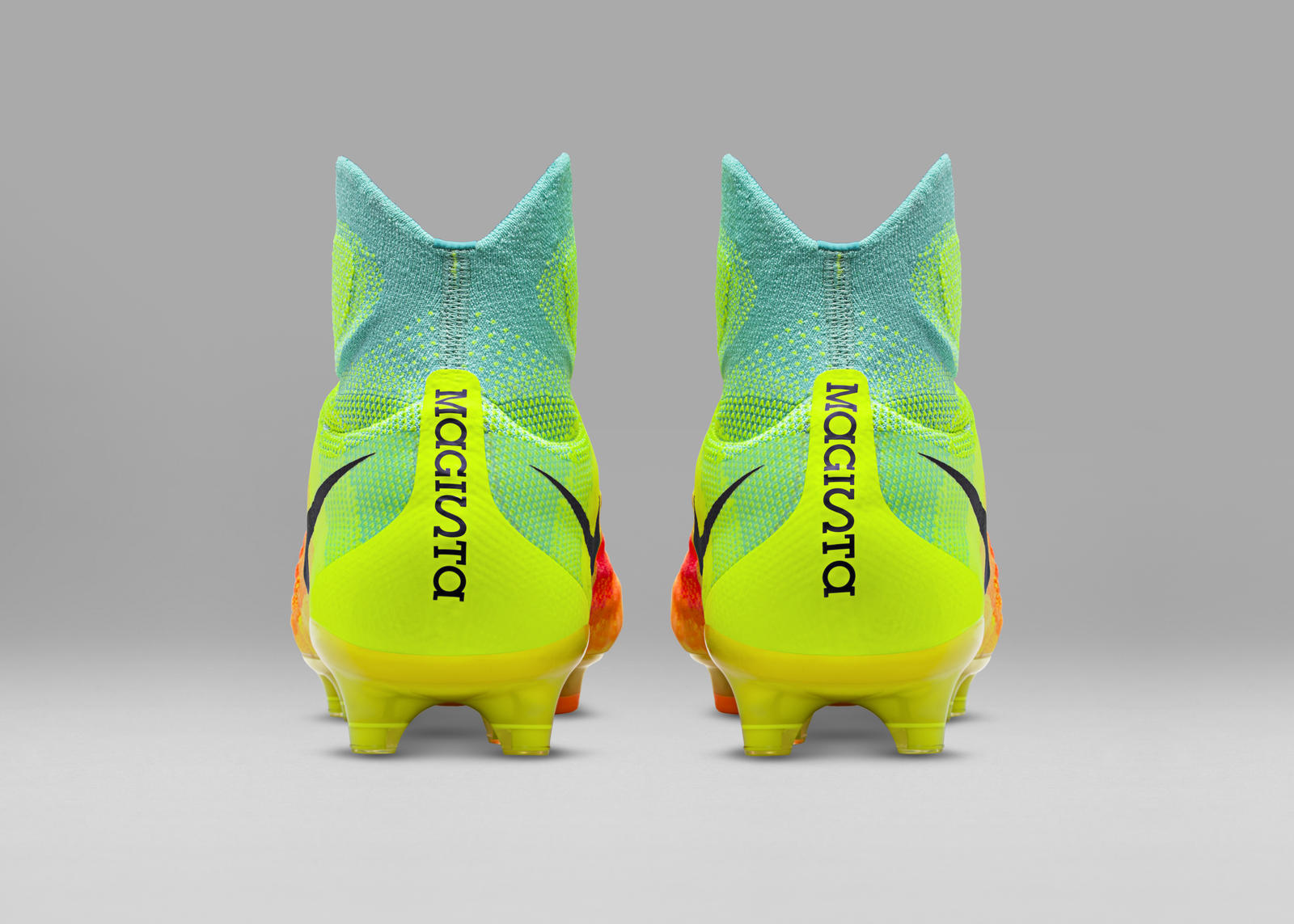 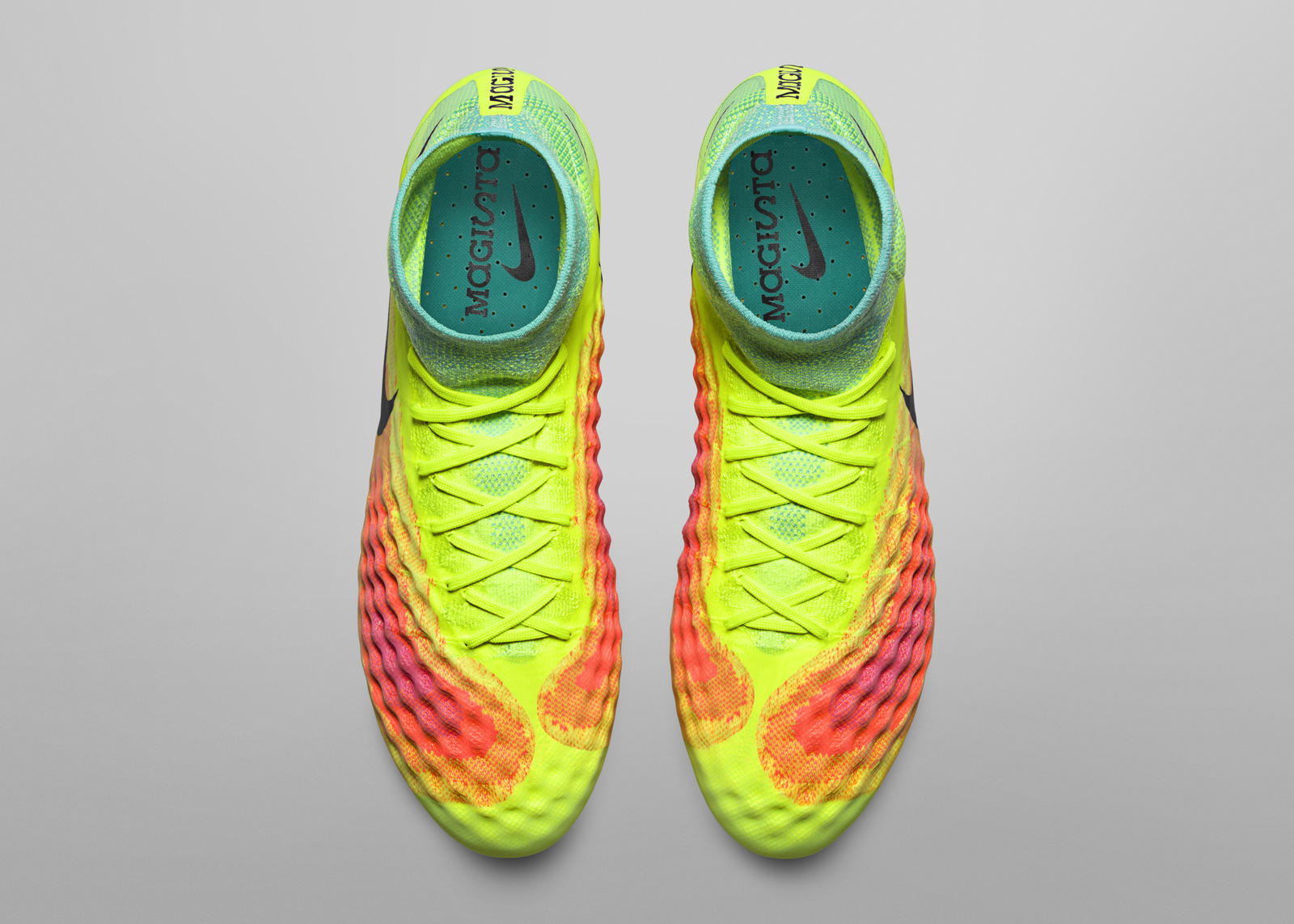