The new crest will feature on the home, away and third kit, as well as a special pre-match shirt inspired by the city of Venezia.

These new touchpoints are the latest to be revealed as part of a rebrand, which began in 2021 when the studio redesigned the club’s website and online shop. Features included a refreshed typeface which has been carried into the latest work.

As with many football clubs, Venezia FC’s old crest imbued a sense of heritage and place. In this case, it was the Lion of Saint Mark – the symbol of the city of Venice – which was at the heart of the crest.

While the winged lion has always been at the centre of the club’s identity, Bureau Borsche attempted to honour it with a more modern crest. The “bold and thoughtful” design features a V with a lion head coming in from the side, in a bid to create a minimal and abstract feel.

The studio’s creative director Mirko Borsche says, “The wings represent parts of the gondola and the six boroughs of Venezia, while the V is an abstract illustration of the book the St Marco, which the lion leans on.”

In what the club describe as “a significant historical move”, Venezia FC’s lion symbol has changed from white to gold. Throughout most of Venezia FC’s 114-year history the lion has been gold, with a brief switch to white from 1997-2005. The white lion then returned in 2013 and 2015 and remained that way through last season.

The first physical expression of the new crest appears on the club’s new 2022/23 pre-match shirt, which features the same colours as Venezia FC’s home jersey – green, orange and black. Borsche adds, “The mix of the squares are meant to symbolize the seat colours and arrangement of the stadium and the wave pattern symbolizes the water that surrounds the stadium.” 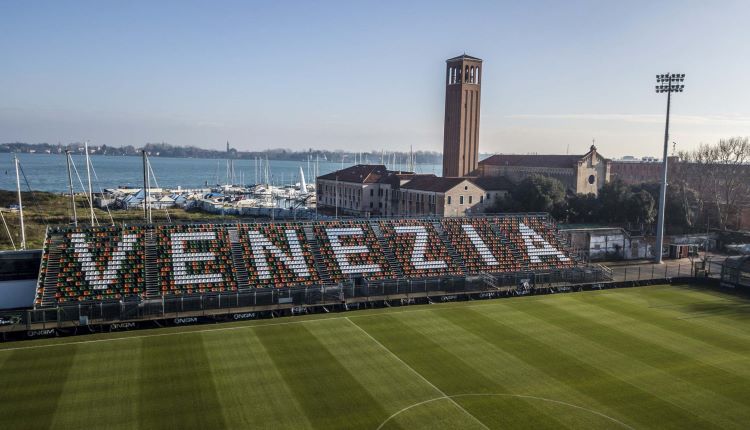 Branded as “the world’s most fashionable football club” by GQ in 2021, Venezia FC’s kits are recognised as being “glamourous and effortlessly stylish” – a tribute to the beauty of the city itself. The club’s rise from the ashes of bankruptcy in 2015 is often linked with its move to become a more fashion-forward club, as the jerseys are now considered a collector’s item in fashion circles as well as the football world. 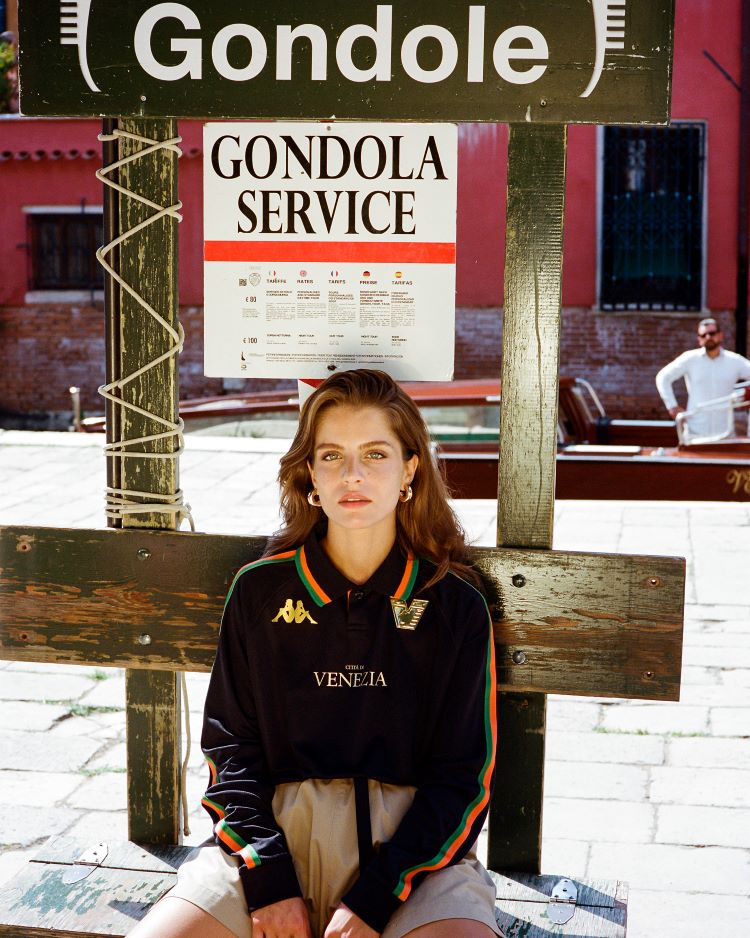 The home, away and third kits, also designed by Bureau Borsche, are set to be released during July.

Borsche says, “In a few months we’ll be able to see whether the new branding works for everyone. But we did design it to fit with all disciplines of the club and also considered expansions which are planned for the next two years.”

The new identity has been rolled out across all physical to digital touch points, from jerseys and the website to social media.