New York-based consultancy Collins has rebranded global advertising agency Ogilvy, with an identity that looks to “simplify” the agency and its “complicated” sub-brands.

Ogilvy is owned by advertising giant WPP, and operates across 83 countries worldwide. Its services include advertising, branding and public relations to name a few.

The new brand identity has been inspired by the ad agency’s founder David Ogilvy, who launched the company in New York in 1948, says Collins founder and chief creative officer, Brian Collins. 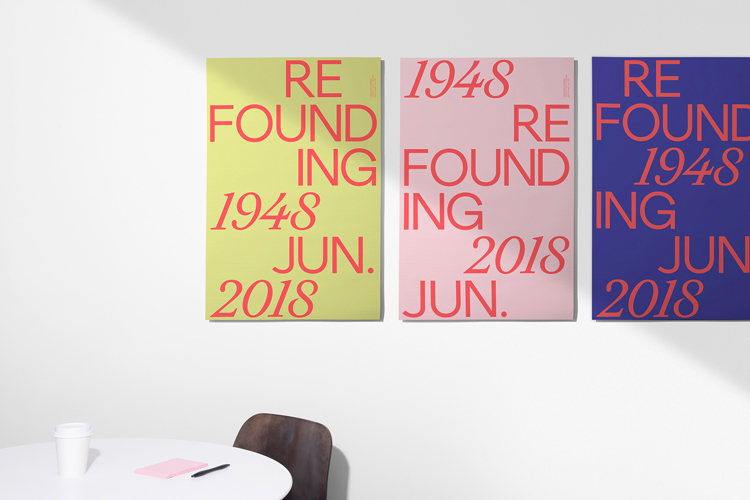 It is almost entirely typographic, with little supporting imagery or photography. This includes a new logotype, which is set in a bespoke version of serif typeface Baskerville and appears in red.

The bespoke Baskerville type has a higher x-height than the original – the height of letters minus their ascenders and descenders – which aims to aid readability on screen, says Collins, and features ligatures, where two letters are joined together.

This is accompanied by a new bespoke sans-serif called Ogilvy Sans, used for supporting copy, alongside a refreshed colour palette alongside core red. This includes dark blue, lime green, pink and grey. 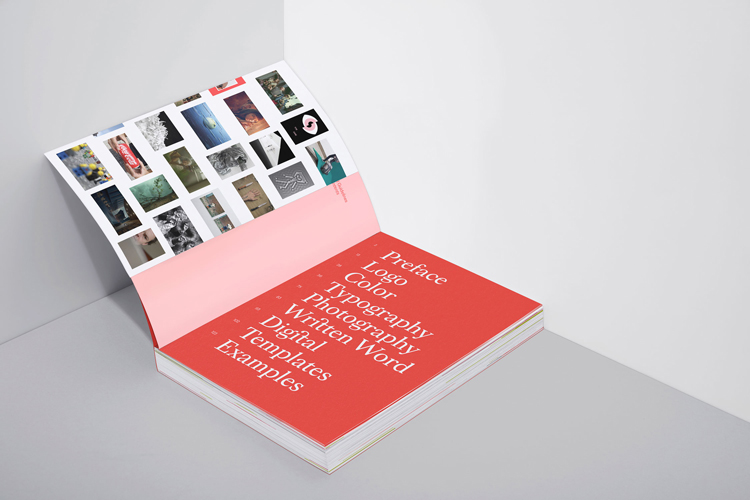 Red was chosen as the core shade because it was David Ogilvy’s “favourite colour”, says Collins, adding that he would “wear bright red suspenders” and made sure Ogilvy offices around the world had red carpets.

Collins adds that the shade of red was chosen to be “more vivid and electric” than regular red, to work well on digital screens.

These colours and typefaces are used across print materials such as advertising posters and business cards with no imagery, but with type set in various weights and styles, such as italics and bold. 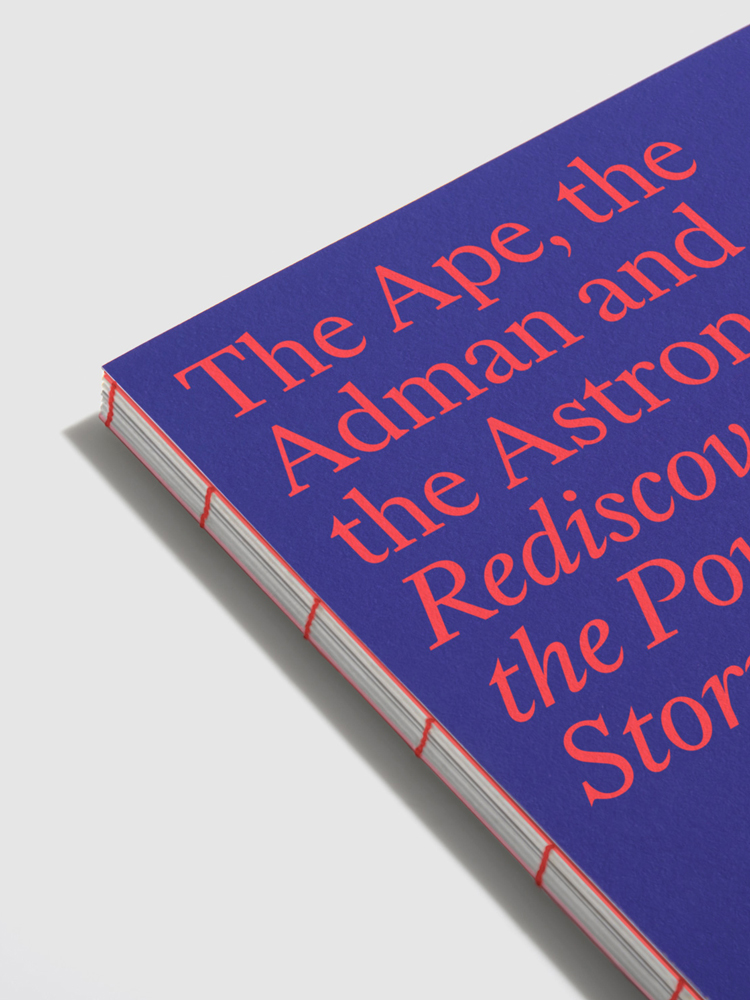 The typographic identity has also been inspired by David Ogilvy, who launched his career in 1935 by writing a sales manual for Aga stoves that went on to be used by the company for 50 years.

“David was, at heart, a writer,” says Collins. “It made sense for a company that values writing and ideas to have an identity based on typography. He loved Baskerville, the most British of typefaces, prizing its elegance and readability.

“We decided to design a new version inspired by that typeface, which is a little rounder and friendlier,” he adds. 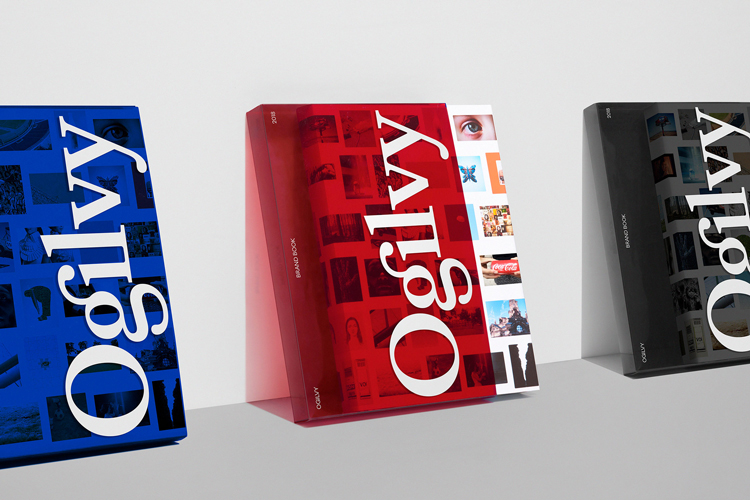 Sub-brands have been unified under one Ogilvy name, and instead 12 departments have been set up to define the different parts of the business, which include: creative, strategy, delivery, client service, data, finance, technology, talent, business development, marketing and communications, administrative and production. 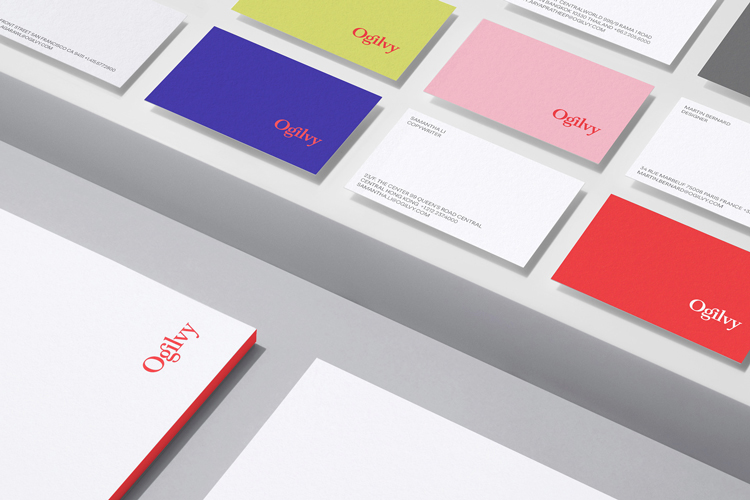 “The company had grown far too complicated,” says Collins. “So the experience of working with Ogilvy had to be clarified and streamlined for clients under the concept ‘One Ogilvy’. All these new elements define a super simplified Ogilvy global network where the brand is central.”

He adds that this restructure has been applied to Ogilvy offices worldwide, of which there are 132 across 83 countries. “This change now means that all the different offices that had been run as unique business divisions now function as one company, to create one global creative network.”

The new Ogilvy identity is currently rolling out worldwide across print and marketing materials such as posters, brand guidelines and business cards, online platforms and social media, office interiors and merchandise.