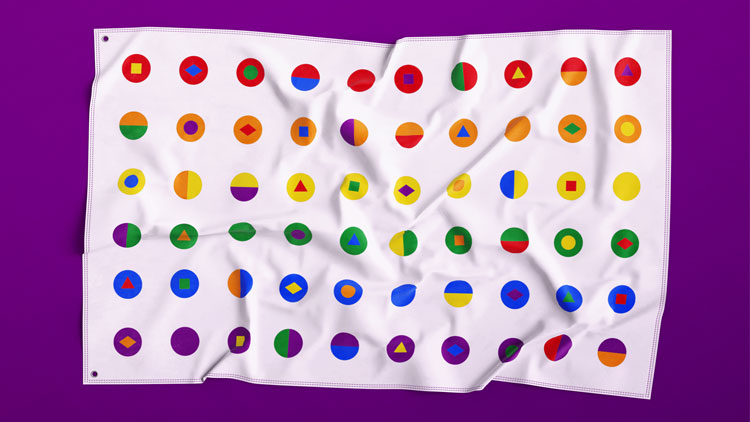 New branding has been unveiled for AKT, previously known as The Albert Kennedy Trust, a charity which helps lesbian, gay, bisexual, transgender and queer people (LGBTQ+) who are homeless or at risk of homelessness.

The charity, which was launched in 1989, helps those aged 16-24 find a safe place to live if they are experiencing abuse or hostility at home, or have had to leave home because of their sexual or gender identity.

As well as helping those who identify as LGBTQ+ find emergency accommodation, it also connects them with employment, education and training opportunities, as well as housing specialists.

The charity has now shortened its name to AKT as part of the new brand, which was chosen in collaboration with consultancy Deborah Taffler & Friends.

Coinciding with this change, studio Derek&Eric has designed a new visual identity in line with the charity’s change in focus “from the negatives of homelesness to the positive difference that AKT can make,” according to the studio.

“Around 24% of young homeless people identify as LGBTQ+,” says Adam Swan, creative partner at Derek&Eric. “AKT is a charity whose goal is to ensure that no young person should have to choose between a safe home and being who they are.”

The new identity, which is inspired by the Pride rainbow flag, centres around a multicoloured “dot flag”, which is the main graphic device used throughout the branding.

The “dot flag” consists of a series of small circles set out in evenly-spaced rows. Each dot is made up of a unique combination of two colours, all of which are used in the original Pride rainbow flag, referencing the idea that every individual person is different and that this should be celebrated, according to Swan.

Each dot is either split into two differently-coloured halves, or contains another, smaller geometric shape in the centre of it, such as a square or triangle, in a contrasting colour. 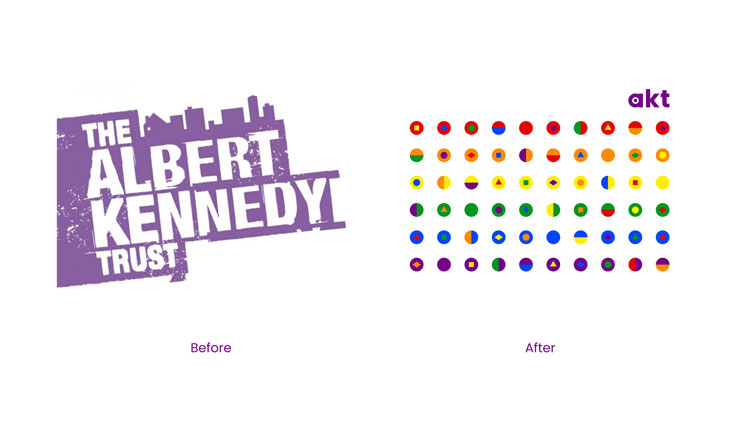 In most applications, the dots in each row are centred on one core colour to create a rainbow effect, so all dots in the top row have a red part, those in the second row all have an orange part, and so on.

“The Pride flag has so much embedded meaning,” Swan says. “The team at AKT had a clear vision that they wanted to utilise this sense of empowerment. We needed to help them reimagine it to tell their unique story, about the nurturing, supportive framework they provide to young LGBTQ+ people.”

The charity’s new wordmark says the letters “akt” in a typeface based on sans-serif-type Poppins, set in lower-case, and modified by the studio to include a small dot inside the “a”.

An animated version of the wordmark sees this dot change to a variety of different coloured shapes, similar to those seen in the dot flag graphic. 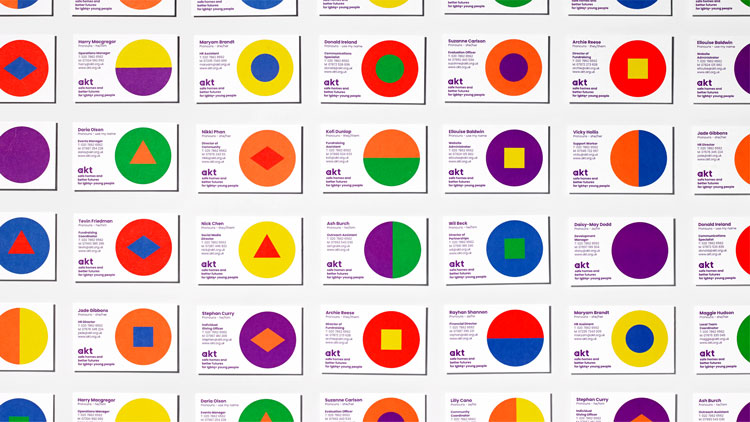 Purple has been kept as the core brand colour to aid brand recognition, says Swan.

The new branding replaces an old identity, which Swan says, “had a strong visual focus on the harsh, grungy reality of life on the streets.”

The new branding has been applied to a range of touchpoints including business cards, notebooks, tote bags, stationery, posters and social media. Working alongside AKT’s in-house team and other partners, the branding has also been applied to the charity’s website and printed materials. 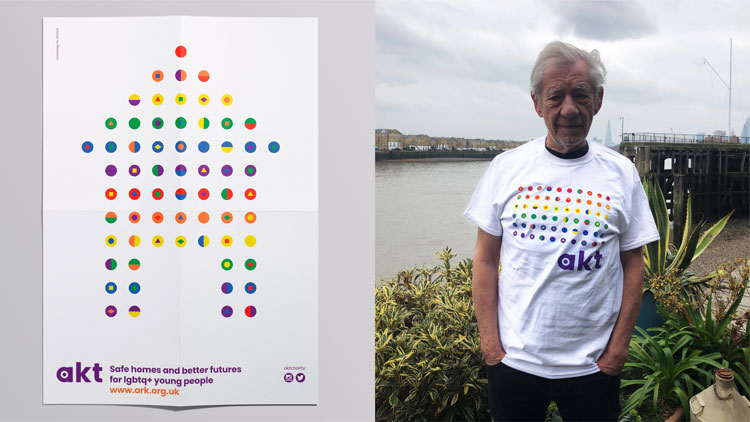 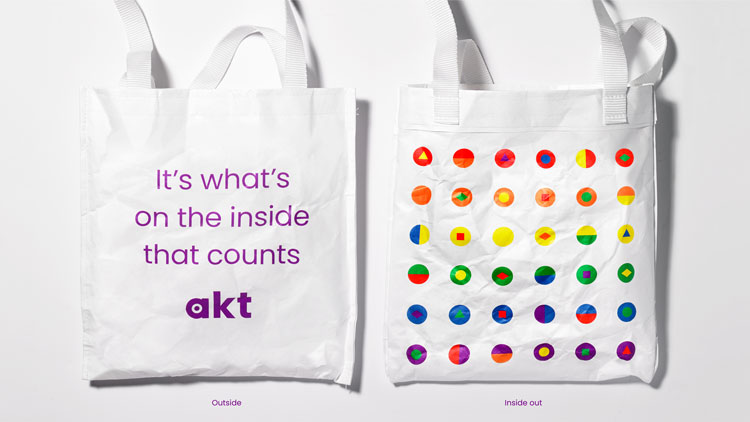 New smart baby monitor looks to “give parents their time back”