Templo has designed the branding for a new charity dedicated to survivors of torture, which centres around a line-based graphic device that looks to separate out the victims from their traumatic experiences.

Survivor of Torture was founded this year and is a UK-based charity that aims to help asylum seekers who have experienced torture and sexual violence when they arrive in the UK.

As well as offering immediate care, the charity hopes to help alleviate long-term effects on victims’ mental health, such as “decades of despair, self-harm and dependency”.

The rebrand has been completed by Templo in collaboration with students at Arts University Bournemouth, who helped to come up with the concept and worked on the brief as part of their degrees, as well as survivors of torture and asylum seekers themselves.

The new logo features the words “Survivor” and “Torture”, connected in various ways by hand-drawn lines. 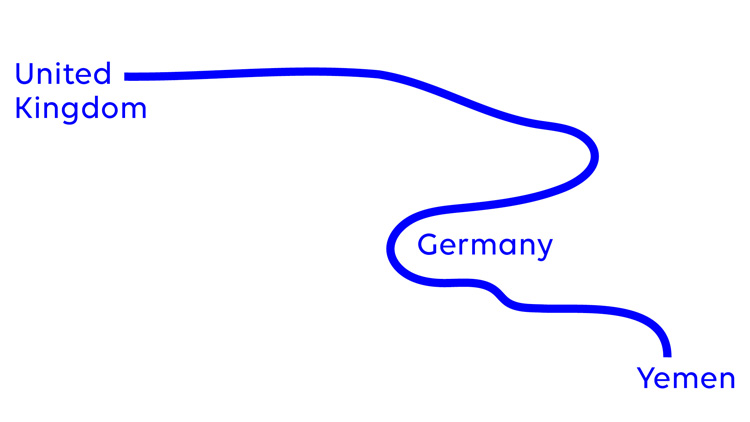 These lines were created by torture survivors, who traced over world maps to show their routes of travel to the UK. They were then digitised by Templo to form different iterations of the logo, emphasising the “physical and metaphorical journey” the survivors have been on, says Pali Palavathanan, co-founder at Templo. “It was key that the survivors were part of creating the brand itself,” he adds.

The idea of connecting the two words by a line also looks to stress that “’survivor’ and ‘torture’ should never be near one another”, says Palavathanan, separating out the “positive and negative”. 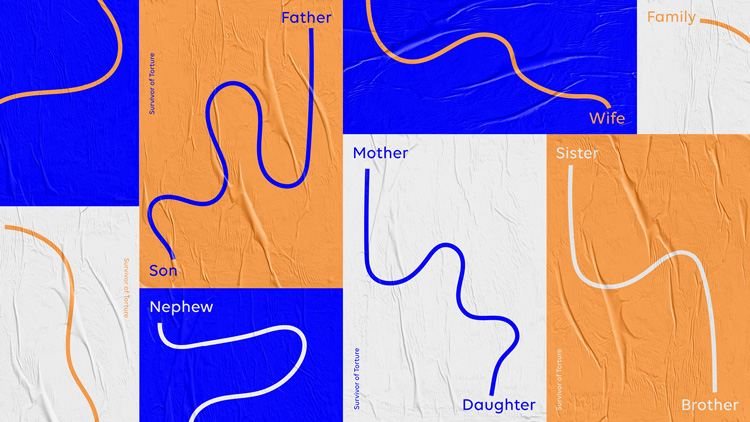 This graphic concept has been applied to other pairs of words throughout the identity. Words representing family members have been connected by lines, such as “mother, daughter” and “sister, brother”, to emphasise transgenerational trauma, says Palavathanan; a theory in psychology that suggests trauma can be carried down through generations of a family.

The branding features the use of sans-serif typeface Volte, and a core colour palette of navy blue, white and beige, which aims to be both “contemporary and optimistic”, says Palavathanan.

“The charity is about incredibly fragile humans being rebuilt, so we wanted to create something optimistic and fresh,” he says. “We also wanted to take a minimal style, which is fashionable right now, and apply it to a sector where branding is typically gloomy and outdated.”

Given that asylum seekers may not speak English, Templo has also designed a set of flash cards, which feature graphics that can be used to help survivors communicate medical or emotional problems. These include line-drawn images depicting things such as toothache, headache, feeling sick and feeling upset. 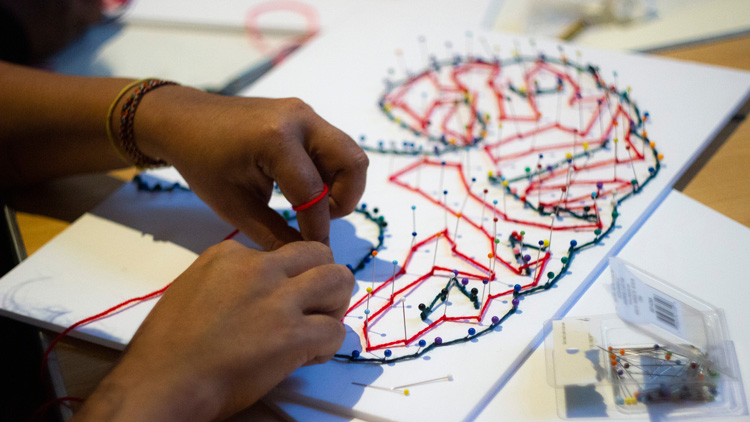 As part of the project, the design studio also conducted art therapy sessions with torture survivors, who created images that depict interpretations of freedom, constructed from materials such as thread and pins. These were then photographed and have been turned into postcards, which will be sold to raise money for the charity, going towards providing essential items for survivors.

The set-up of the charity and the branding project has taken two years. The new Survivor of Torture branding is currently rolling out across all touchpoints, including print materials like adverts and survivor flash cards, merchandise and volunteer uniforms, signage at fundraising events, and online such as on the website and social media. 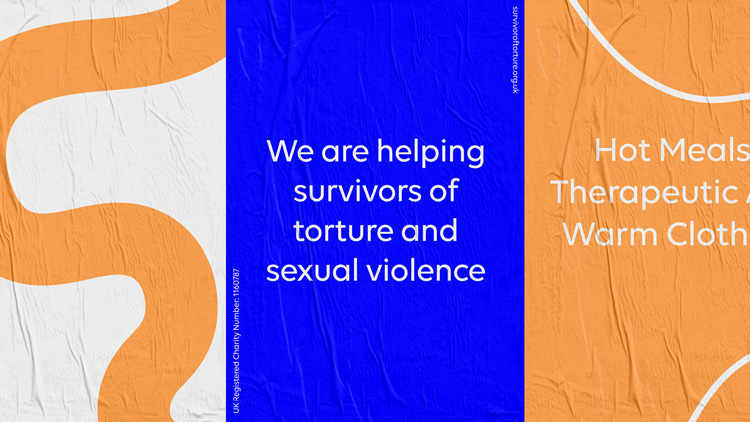 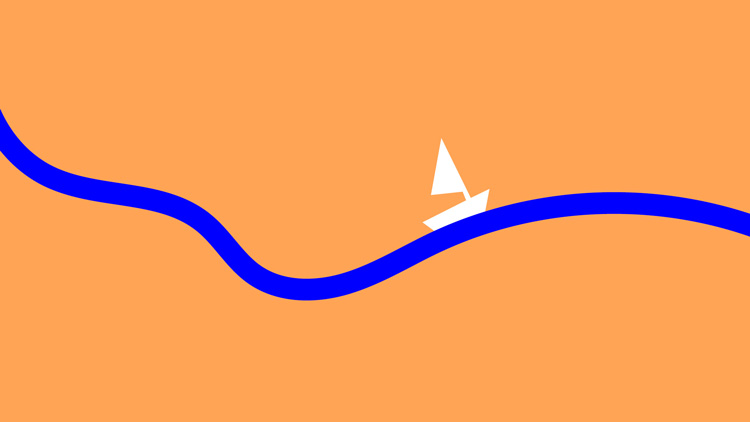 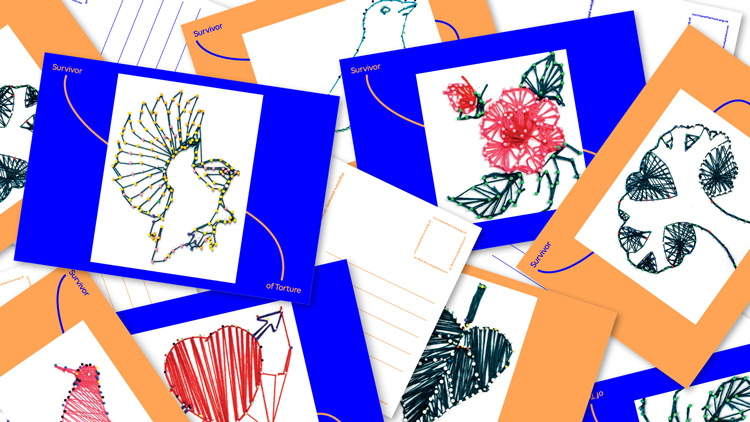 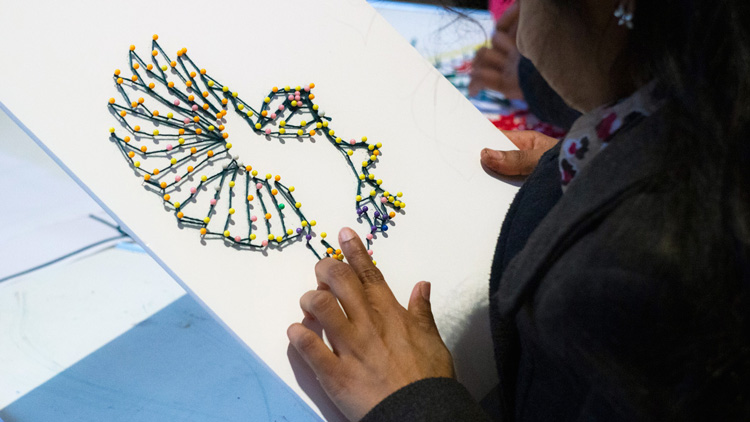