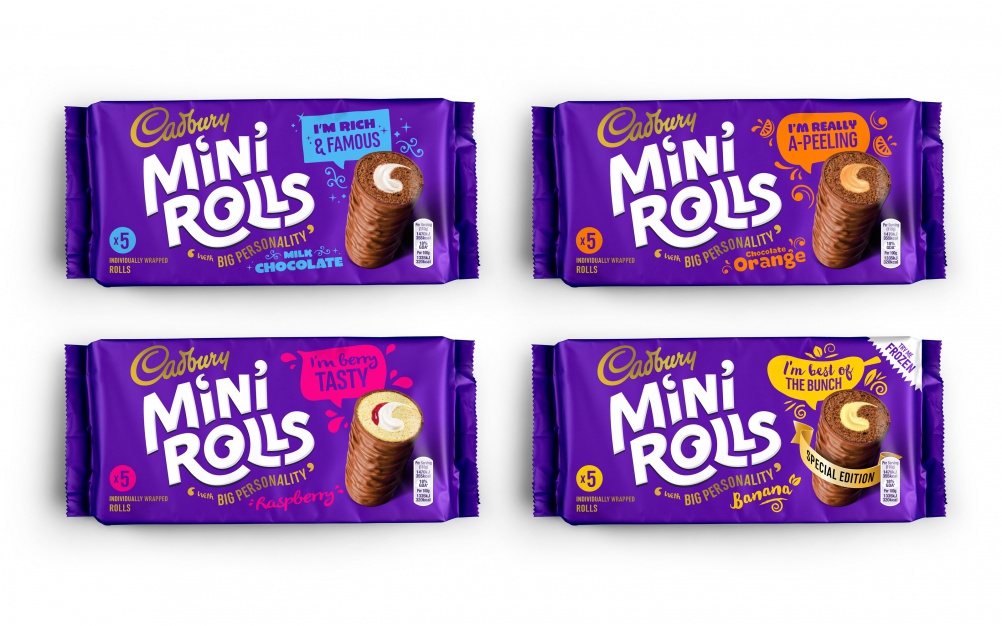 Cadbury Mini Rolls is refreshing its branding and packaging to bring it into line with the “joy” positioning recently introduced by parent company Cadbury.

Robot Food was commissioned to the project by Cadbury Mini Rolls brand owner Premier Foods and tasked with making the Mini Rolls brand more modern, relevant and in keeping with the Cadbury masterbrand.

The consultancy says it has “completely overhauled the visual identity and on pack hierarchy to hero the Mini Rolls themselves”.

The redesign sees the new strapline “with BIG personality” added, while each flavour has been given its own individual slogan.

Robot Food adds: “By taking full advantage of the speech mark shape created by the swirled crème filling, the new identity is as bold and fun as the product offering itself.”

Jo Agnew, Head of Cadbury Cakes, says: “The new pack design… is the step change that we were hoping for and really does drive modernity and stand out for the Cadbury Mini Roll brand.

“We have a fully loaded re-launch happening with TV advertising, strong in-store activation, the launch of two special edition skus and this is all complemented by the impactful pack re-design that we will see on shelf.” 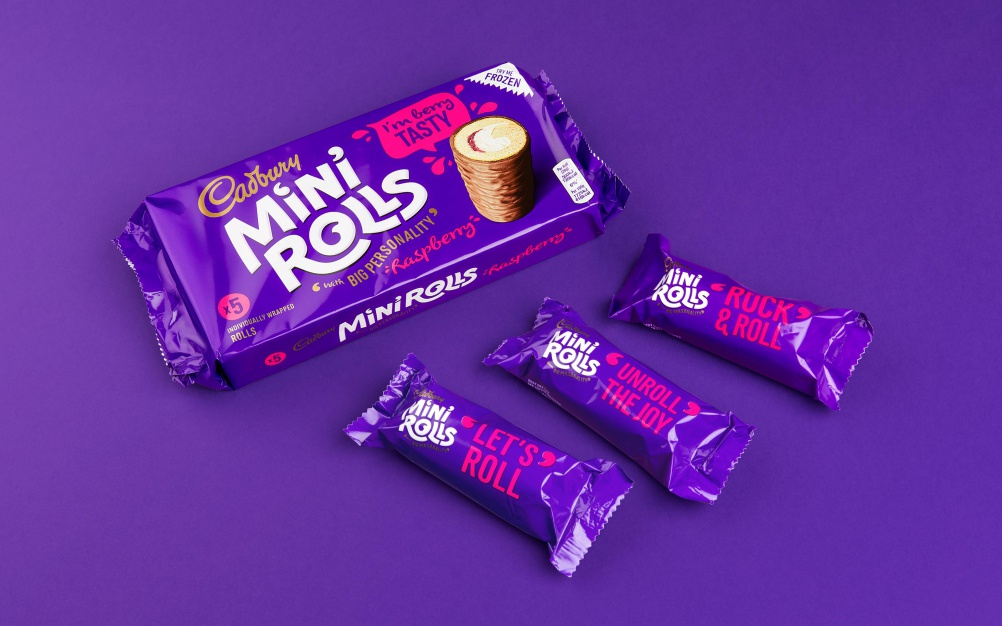 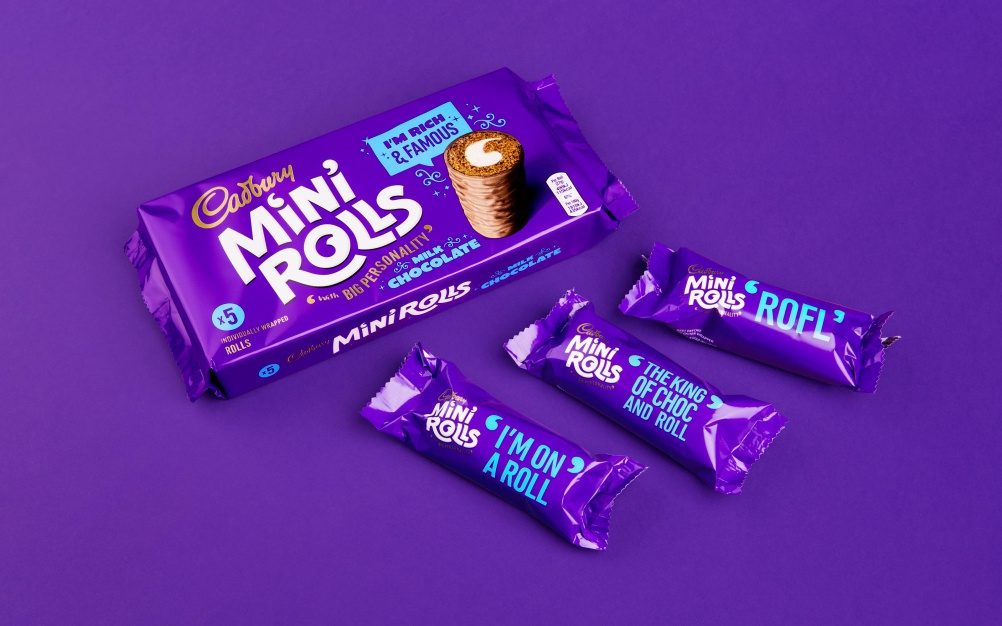 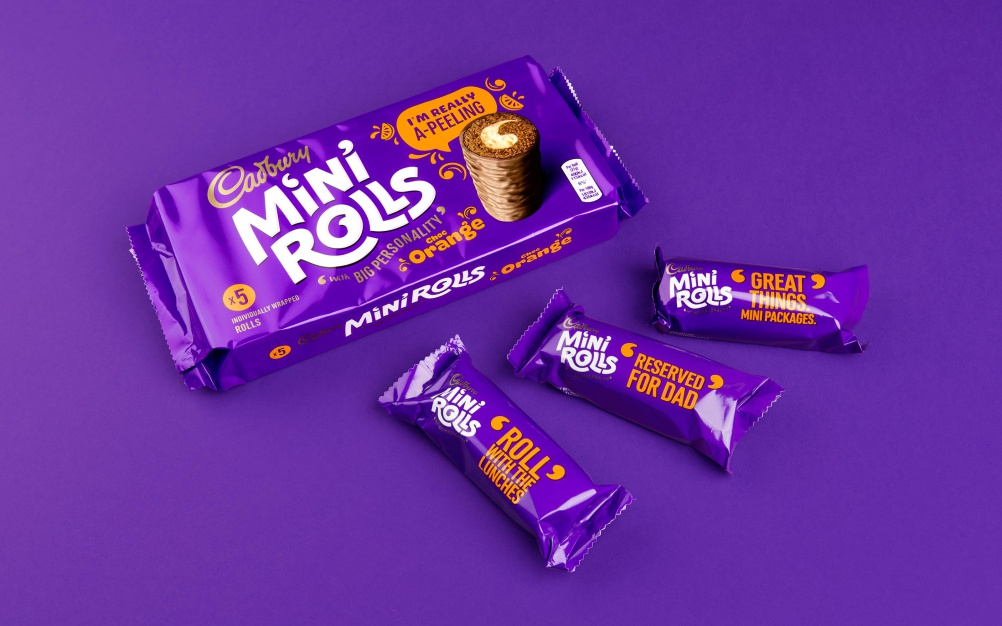 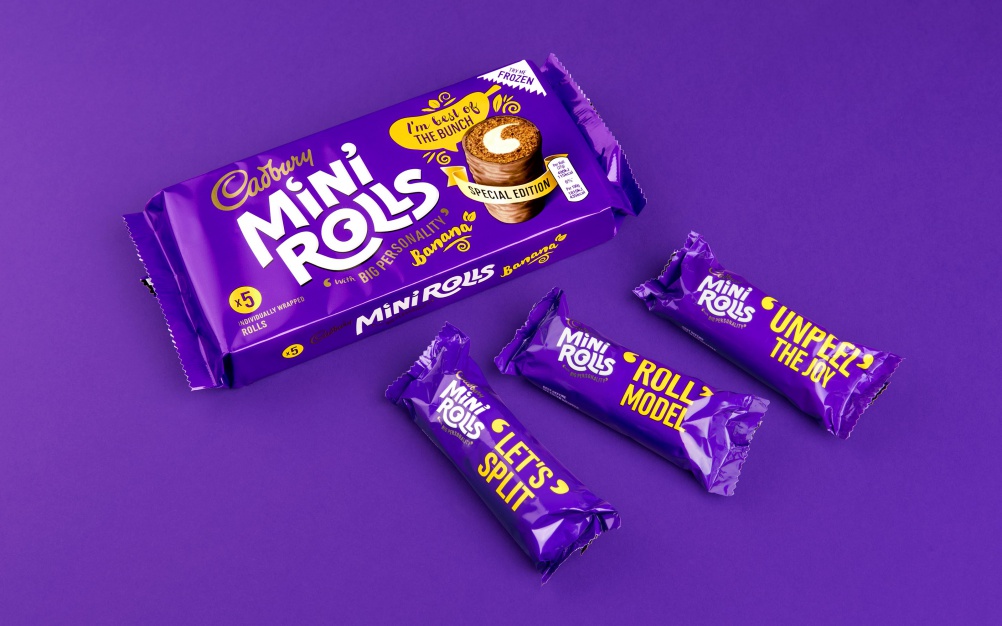