International classifieds platform OLX has been rebranded, in a bid to unify its presence across markets and tackle the stigma associated with second-hand shopping.

The project was led by the team at DesignStudio London, who began working with OLX back in 2017. Initial stages of the project revealed that though OLX operated its classified platform across 40 countries, the overarching brand felt “disconnected visually” from market to market. 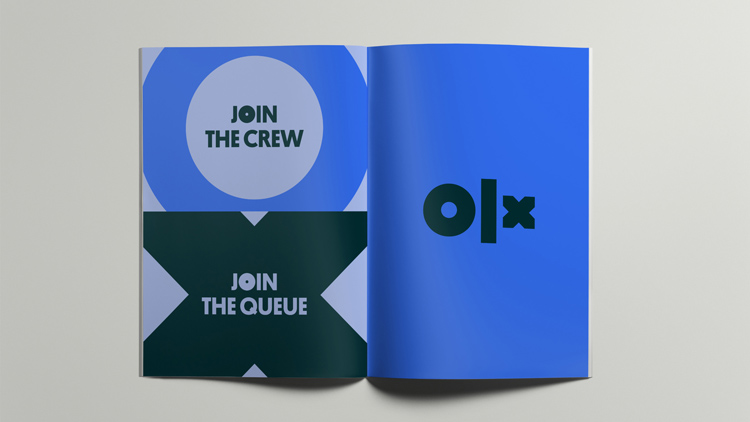 Though the platform isn’t well-known in the UK or US, OLX is known throughout many of the world’s emerging markets, DesignStudio design director Elise Santangelo tells Design Week. The team thus began the project by connecting with both customers and colleagues in these countries. This was where, she says, the team identified what would be the main challenge facing the project: the stigma attached to second-hand shopping.

“This wasn’t just a problem faced by OLX,” Santangelo says. “Rather it was a widely-held perception that buying pre-owned goods signifies to others that you’re poor.”

To oppose this idea, she says the team worked to position OLX as “the smart choice”. Buying second-hand, after all, saves shoppers money, keeps wealth within local economies and doesn’t impact the environment as much as buying new, Santangelo explains. 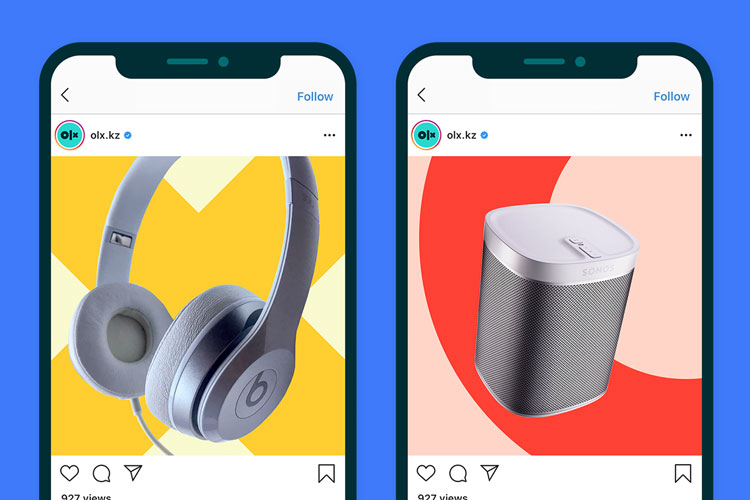 Working across 40 markets worldwide, the second hurdle the team faced was how to unite them all under one OLX banner. Prior to DesignStudio’s involvement, each OLX platform had been handled and designed locally to suit each country and as such there were “massive visual inconsistencies”, Santangelo says.

As for the minimal overarching branding that OLX did have, she says this was “clunky”. Having been founded in 2006, the recall for the brand was high but its visual experience was “dated”, she adds.

But while this needed updating for OLX’s new identity, some aspects of the old branding gave the team a good indicator of how to move forward. The old logo – a cartoon computer giving a thumbs up – gave DesignStudio an idea of the “fun and playfulness” that needed to be brought forward into the new branding, Santangelo gives as an example.

The new brand, then, is led by a completely redrawn “dynamic” logo. As Santangelo explains: “The ‘O’ and the ‘X’ flex and shift, symbolising the choices users have to pick from, and the ‘L’ sits in the middle as a ‘maybe’.”

The geometry of the logo then gave way to a graphic system, with shapes also flexing and changing to support the brand and its communications where necessary.

Elsewhere in the project, the team’s “confident, energetic” approach has been translated into a vibrant colour palette, custom typeface, animations, tone of voice and photography guidelines, in a bid to provide OLX staff with comprehensive idea of the brand moving forward.

According to Santangelo, the typeface in particular was a challenge. With OLX operating across more than 40 countries worldwide, the task was to develop a typeface that could be recognised and supported by the languages used in all markets. Like other elements of the branding, the typeface too is “dynamic” – as users type their message the “O” and “X” letters can change weight and shape.

“As cool as buying new”

Beyond just the customer-facing identity, the DesignStudio team also worked internally with OLX to “help bring our brand work into the digital space”, Santangelo says.

The main offering from the brand is an app and desktop website, so the team worked with OLX’s product developers to bring the digital version to life across all markets. For staff who have no background in design, for example, the team has developed layout generators so assets can be used correctly. And internally, the group came up with an avatar maker to further impress an element of fun into the brand.

The overall intention, as Santangelo explains, was to create something “not too righteous”, but rather something “cool, slick and playful”, that could be applied across the world and at the same time challenge perceptions around second-hand shopping.

“We ultimately wanted OLX to appear desirable, to both customers and staff, and show people that shopping with the brand was as cool as buying new” she ends. 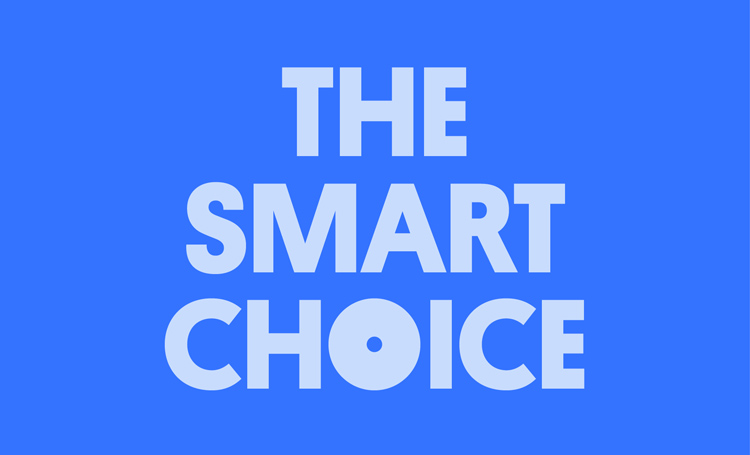 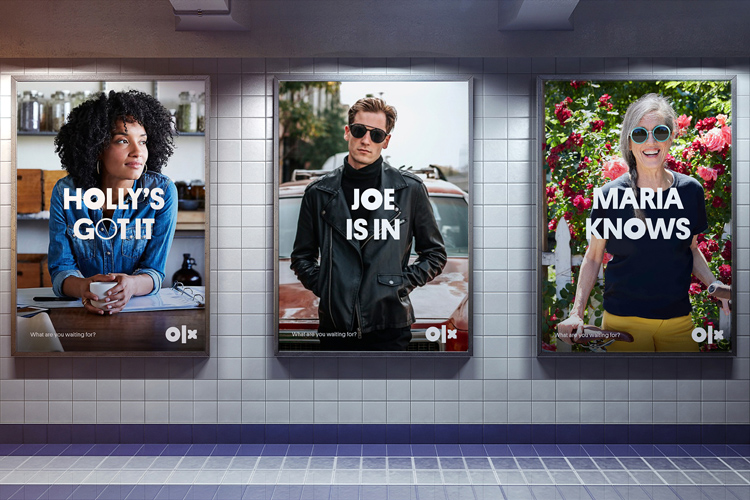 “Where there was certainty, there is doubt”: designers on lockdown messaging