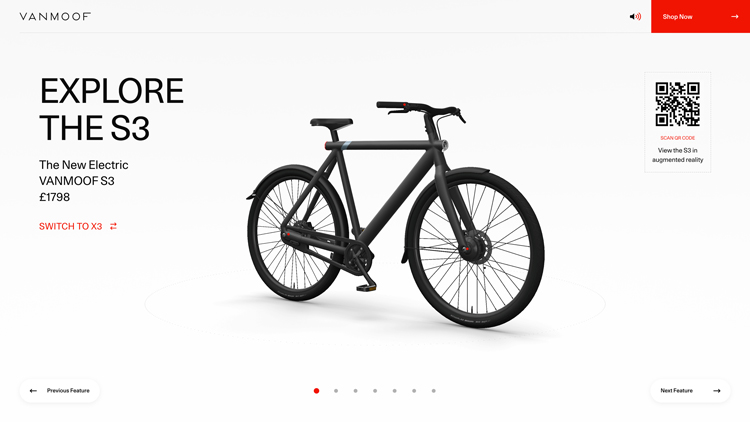 The Dutch company was supposed to reveal its new X3 and S3 models at a live launch, which was cancelled because of the coronavirus pandemic.

The launch combined a virtual rendering of the bikes, video presentations, and interactive features. The event – which took four weeks to create – had 6000 viewers, and 4400 orders were placed within 24 hours of the event. 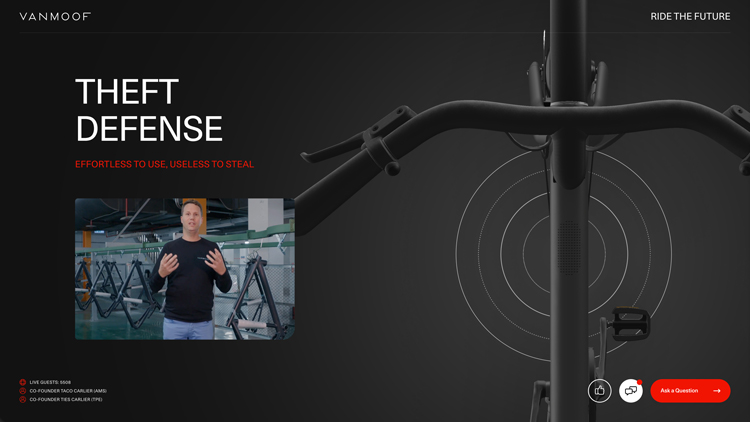 The key was not to “replicate” a launch event, but to “reinvent” what it could be entirely, Resn’s creative director Simon Jullien tells Design Week. He says: “How can we use digital at its best to replicate the feeling – not the event itself – of riding a bike?”

It started by creating a “community”, Jullien says. Press and ‘VIP’ members (such as influencers) were invited to create an avatar by uploading a photo of themselves. Before the conference started, they checked into a waiting room and were introduced as a way to create a more “welcoming experience”. Once the countdown reached zero, the presentation started. 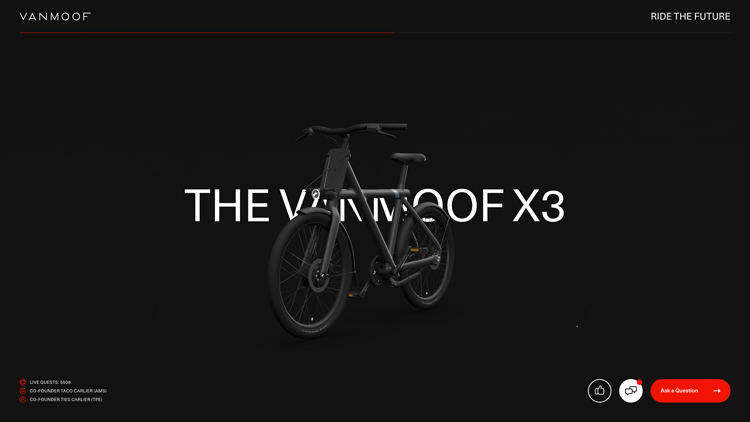 There were pre-recorded videos from VanMoof’s co-founders Taco and Ties Carlier. While technology was clearly an important part of this launch, Jullien stresses how crucial getting the tone of voice was. As they were recording videos, they kept in little mistakes and hesitations from the speakers so that it did not appear “robotic”.

This was one of the more complicated aspects of the launch (as well as picking up VanMoof’s design language in a month): to create a user interface (UI) that matched VanMoof’s “clean” aesthetics, but not so perfect as to appear unnatural. Finding this balance was “tricky” at times, Jullien adds, and it will be a consideration as they design more product launches in the future. 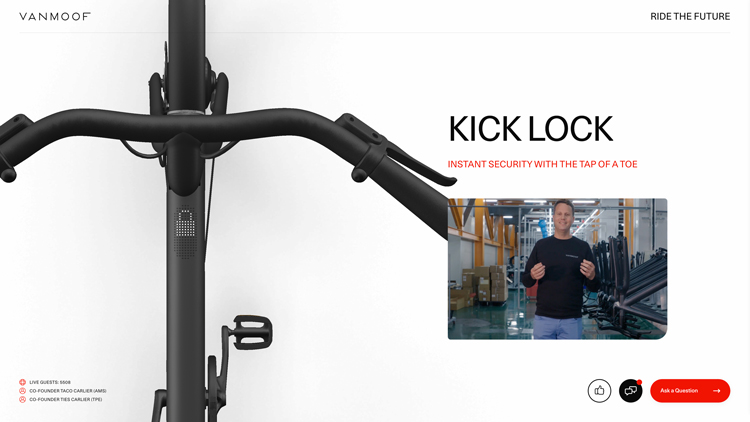 After this initial presentation, people were able to interact with a virtual representation of the bike. It was a 360 degree experience, and people could explore at their own pace. The studio rendered it by playing around with a real life version of the bike in the studio.

This interactive part was important so that the event was not “passive”. “It engages you, and connect with the product, even if you’re just alone at home,” Jullien says.

The designer highlights two of the electric bike’s features to Design Week; its “boost power and hydraulic brake system”. “We tried to focus on explaining these parts via digital,” Jullien says. 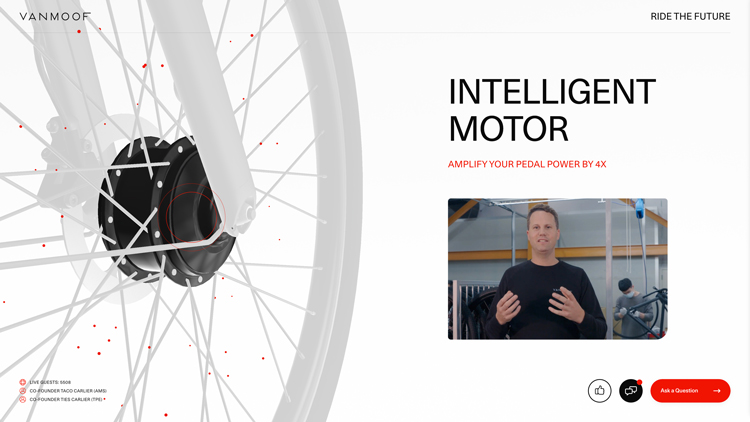 For example, he says it’s important for the graphics to create an emotional connection, rather than just showing off technology. Instead of going into technical detail about the bike’s new motor, the studio created a particle effect visual so that when you press the boost button, the bike appears to speed along.

Following this interaction with the bike – which Jullien said was crucial for breaking up the passivity of just listening to presentations – there was a walk-through of key features by the co-founders. People could then submit questions, which were answered in a live Q&A session with the founders.

Once the virtual event was over, a virtual representation of the bike remained online in part. It shows the bikes’ six key features, such as the anti-theft device and ‘kick lock’ security system. 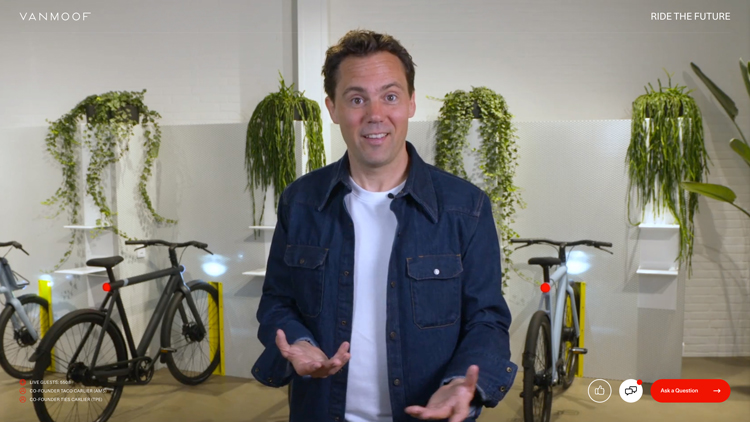 The numbers are impressive: 4400 orders within 24 hours (an S3 model costs £1798). Jullien says that the drop-off for viewers during the event was low, too. A virtual product launch is clearly an attractive proposition as normal life is put on hold. But could they become a regular feature after lockdown measures lift?

There are certainly practical benefits. It allows for a much more international audience, as you wouldn’t have to travel to experience a product launch. In terms of sustainability and resources, it is more efficient too.

Going forwards, Jullien says that “communication” is a focus. For this event, users were able to write questions, which were then filtered and answered by VanMoof. Jullien would like to implement face-to-face questions, so that people could ask questions live using a video function.

He would also like to use live video for the presentations. They were pre-recorded for the VanMoof launch because of timing and technology, but being able to livestream presentations would add to this “communication” element, Jullien says.

Illustrators and celebrities unite to help struggling parents in lockdown