Design Bridge has unveiled its latest work with department store Fortnum & Mason, which this time involves a “wild and rebellious” line of chocolate pralines and caramels. The treats, which have been labelled the “less traditional cousin” of the brand’s other confectionery lines, feature flavours like yuzu and chili, black truffle, and oud.

Taking influence from the unconventional flavours, Design Bridge was tasked with creating a similarly “forward thinking” packaging design. “In the same way there would be a twist in flavour, we wanted there to be a twist in the packaging,” says Chloé Templeman, creative director at Design Bridge.

The team took some inspiration from Fortnum’s handmade English chocolate line, which they designed four years ago. The original packaging sports the brand’s signature eau de nil colour on the outside with intricate illustrations around its edges.

The new line is a direct contrast to this. Templeman says: “We wanted to flip it completely, so with this new project the outside of the box is illustrated heavily and then the inside is where you get that hit of strong, vibrant colour.”

As part of what Templeman calls a “moodier, more mysterious” range, the team created a design that reflected the “twisted beauty” of nature. It features a dark variety of florals and foliage, with bright accents of yellow, red and gold. It also includes a deeper, darker shade of eau de nil, which the team worked closely with Fortnum’s to develop.

With four different sized boxes to design, the scalability of the end designs was particularly important to the team. “From the smaller boxes, right up to the huge selection boxes, we needed to make sure the beautiful design translated to each one,” says Templeman.

“It couldn’t be a case of just designing one and then sizing up, we wanted the same attention to detail for all sizes and so designed each individually.” 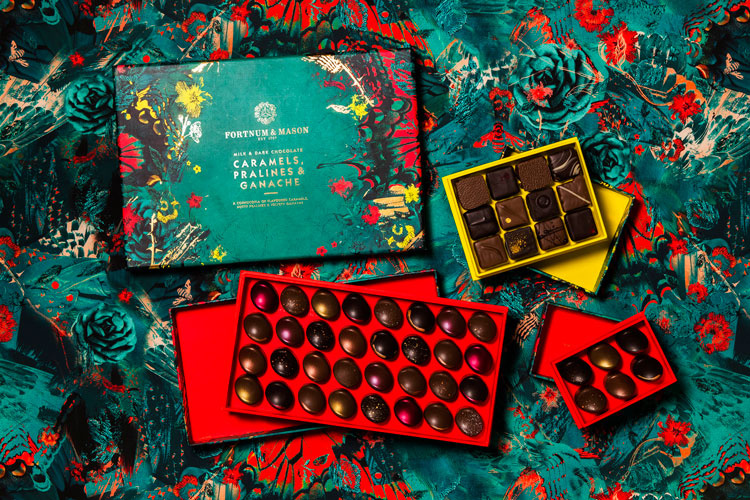 On top of the packaging design, Design Bridge was also invited to design the moulds for the range’s caramels, something Templeman says was a new experience for the team. “Among other things, we had to work on getting the right mouthfeel and thickness,” she says. “It was something we’d never really thought of before but we really enjoyed it.”

Using Design Bridge’s 3D department, the team created numerous mould prototypes, first in white, then brown and finally as reverse moulds so the team could actually set chocolates. Templeman notes it was only when trying out the various chocolate shapes that they were able to ascertain which were viable.

“Some were either too big – which is a problem with caramels because taking more than one bite means it’s going to go everywhere – or they were too pointy and jabbed the roof of your mouth.”

Templeman says the finished product is something that has a sense of movement, that links together nature and architecture. 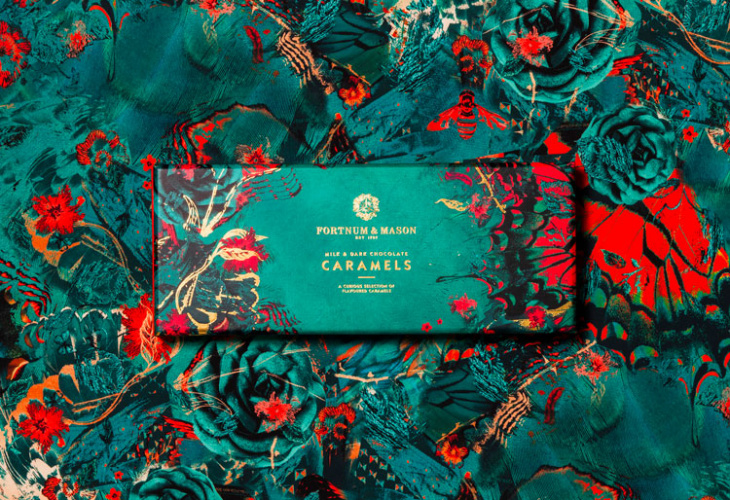 The overall intention for the project was to create something that caused intrigue for customers, according to senior designer Cameron Knott.

“We really just wanted to reflect the provocative flavours that are inside the box,” he says. “It’s not immediately clear when you look at the box what the illustrations are, and we did that to make people curious about what they’re going to find in the box.”

Templeman echoes this, adding: “This range is all about pushing the boundaries in terms of flavour…[and is designed to] appeal to a more adventurous chocolate-lover.”