Sid Lee Paris has crafted the visuals for Bonjour, a new transport app designed as a travel companion for Parisians on their everyday journeys.

The work was commissioned by transport operator Régie Autonome des Transports Parisiens (RATP), whose internal team worked on the app’s UX. Sid Lee was responsible for the naming, branding and strategy of the new platform. 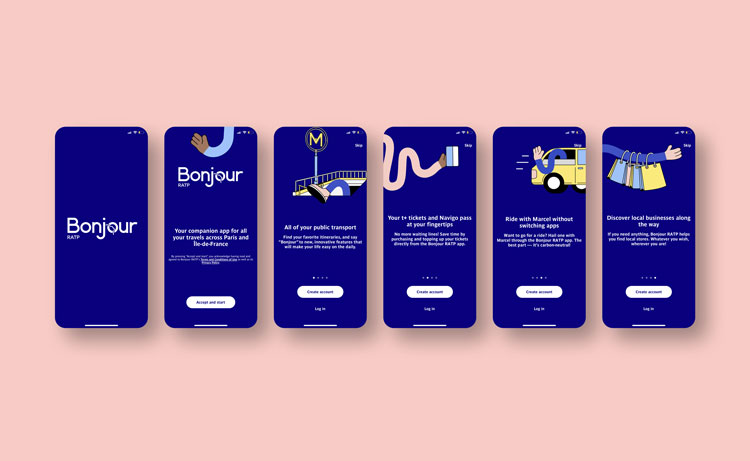 The app will also allow users to search areas for restaurants, cinemas and different activities. You can also book electric scooters through the app. 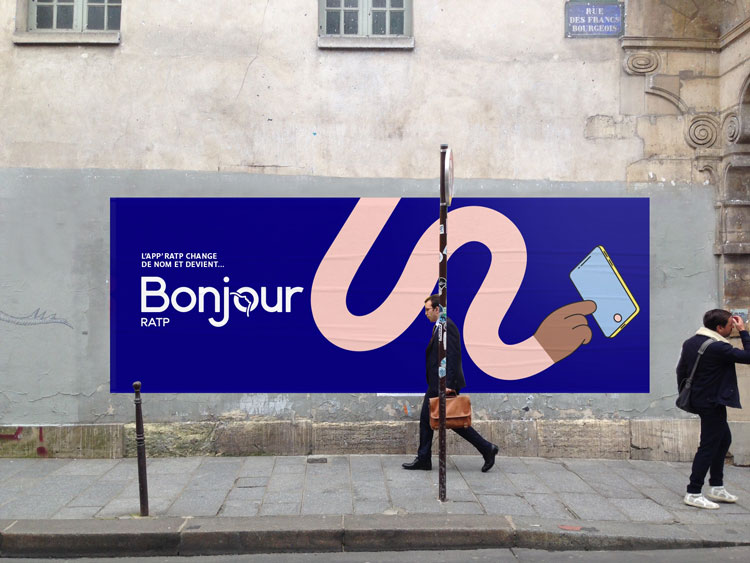 One of the guiding principles for the app branding was simplicity, according to Sid Lee Paris director Jean-Baptiste Destabeau.

“Parisians find everything complicated – especially when it comes to mobility,” he says. The aim was to create a “simple, accessible, human, daily brand”, he adds, part of a broader aim to “humanise the public transportation brand”.

Destabeau explains that the name comes from a French expression, ‘simple comme bonjour’ (which translates to ‘as simple as hello’). 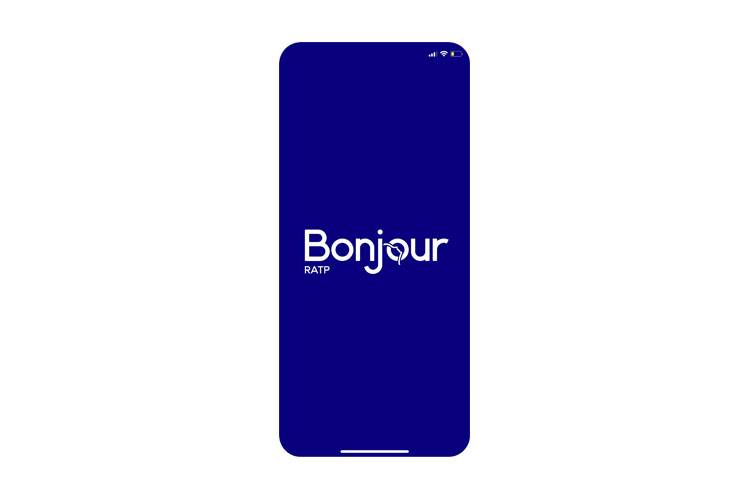 “Bonjour is the simplest of words, one of the first ones you learn as a kid and one of the most used words by French people everyday,” he says. “You start your day with a Bonjour.”

By calling the app Bonjour, the hope is that mobility and discovery in the city is as simple as the greeting, according to Destabeau.

While the app is new, it had to exist within the wider RATP brand world, he explains. Updating the RATP branding is a tricky thing, as Parisians are used to it,” says Destabeau. 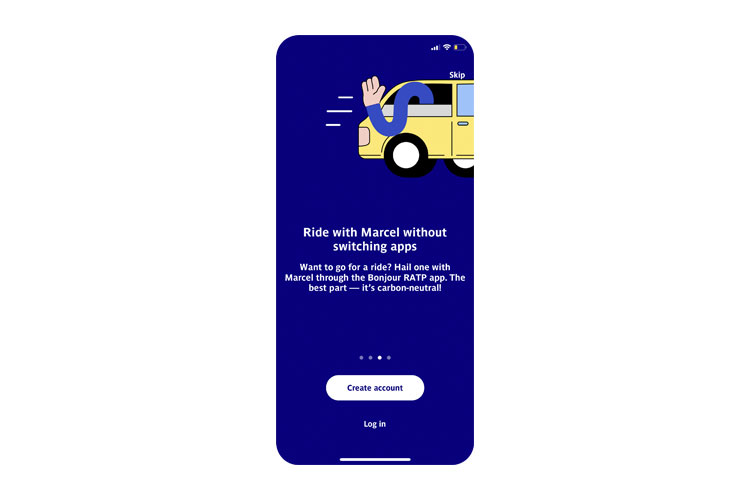 The RATP-designed typeface has been retained, while other brand cues have been modernised, he explains.

For example, the famous RATP logo, which depicts the river Seine’s journey through Paris as an upwards-looking face, was incorporated into the Bonjour wordmark as part of the ‘o’ letterform. 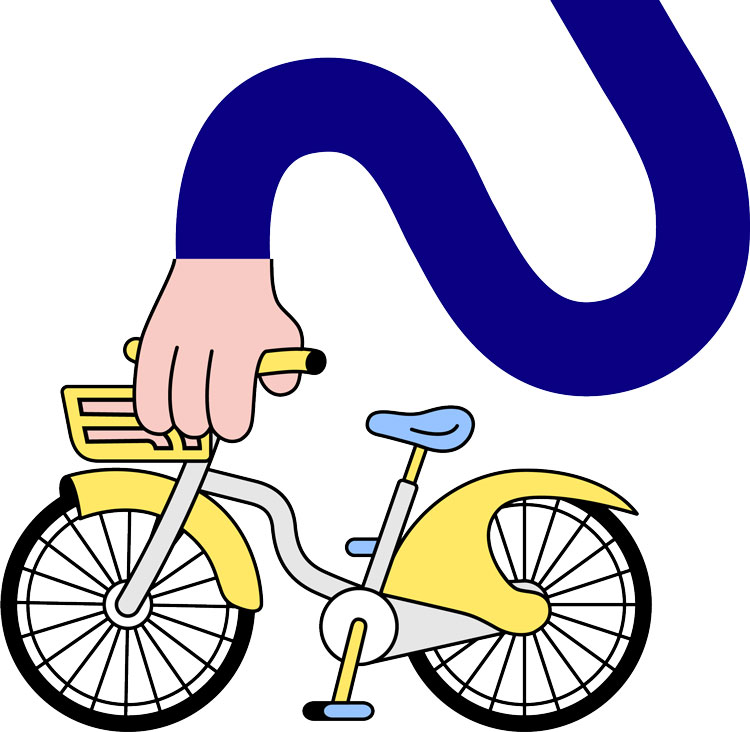 As part of the studio’s attempt to create a “more intuitive and convivial graphic environment”, illustration has been used throughout the app, Destabeau says.

Illustrators Mathilde Vallée and Alexandre Nart, both based in Paris, have developed illustrations inspired by the Paris metro system.

These illustrations highlight the app’s various services, such as a shopping directory and the ability to pre-book tickets, with a series of oversized hands and wriggly arms. 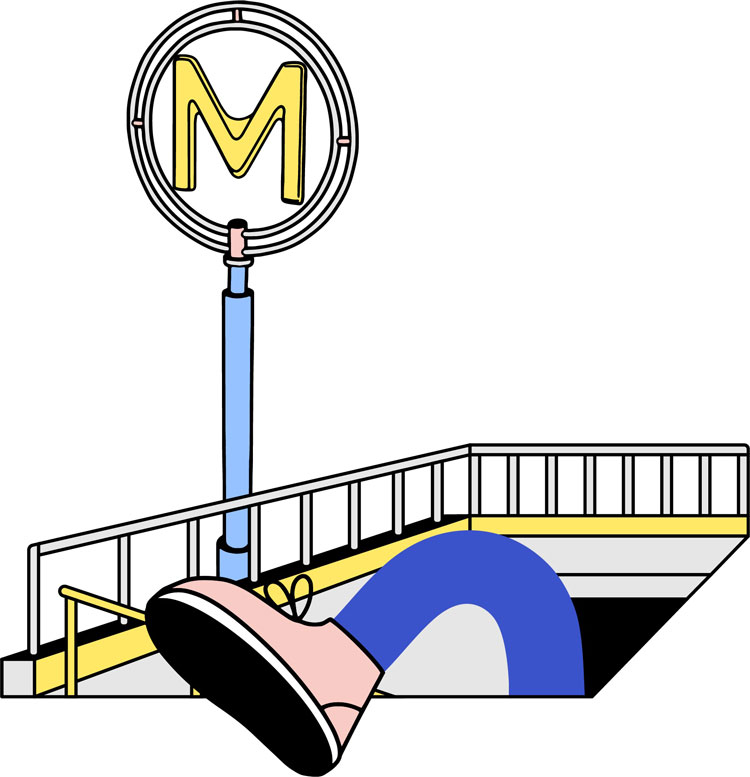 They seek to bring a “conviviality and vigour” to the app, adds Destabeau, while they will also be used on OOH campaigns.

Sid Lee has created the blue and pastel pink colour palette and iconography for the app, again designed with simplicity in mind, explains Destabeau.

He adds: “We needed to own the city again while bringing to the table a true but often underrated value proposition: simplicity.”

What do you think of the identity for Bonjour? Let us know in the comments below.