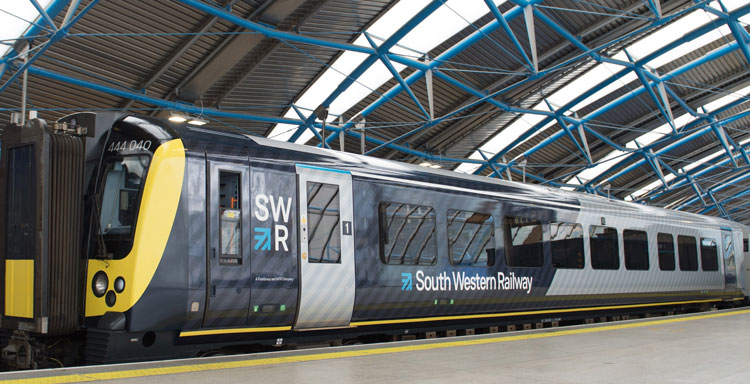 Formerly operated by Stagecoach, the rail network runs services across South West England, including to cities such as London, Bristol and Exeter.

Following FirstGroup and MTR taking over South Western Railway franchise in August, the companies’ have now unveiled new branding for the company, which includes a redesigned logo and updated livery.

Designed by London-based consultancy Forpeople, the new logo swaps the all-capitals logotype and bright blue, yellow and red colour palette for a more stripped back, sans-serif, lowercase typeface that appears in black.

A bright blue, grid-like symbol has also been incorporated within the logo, and appears along with a condensed version of the logo seen on the new livery that uses the acronym “SWR”.

FirstGroup and MTR have also announced they will be investing over £1.2 billion on 90 new trains, refurbished carriages, station improvements and other updates between now and 2024, when the franchise will be up for renewal again.

The new trains will begin to come into service from mid-2019, and will fully roll out by December 2020.

The new branding and livery has now rolled out across all touchpoints. 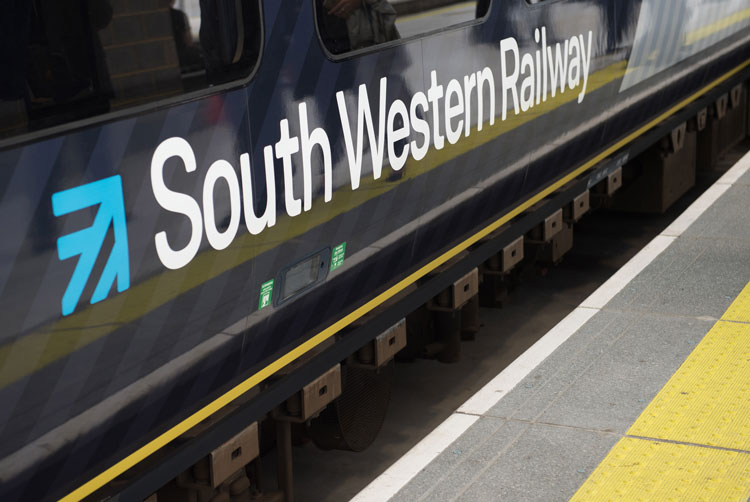 TUC repositions to recognise “the changing world of work”