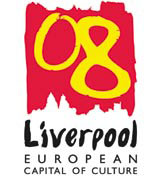 Liverpool City Council is to create its first graphic design roster as the city prepares to become the European Capital of Culture in 2008.

A group of up to 12 international design consultancies will be appointed to work on a range of projects across the organisation, producing graphics for communication, marketing, on-line and exhibition materials. The council has a remit of five key portfolios for the local community, which consist of: central services, children’s services, supported living and community safety, regeneration, and resources.

Last month, the council put out a formal tender notice for the work, and it is now undertaking a ‘second-stage process’ to draw up a roster shortlist. It expects to make a final selection within four months. The contract will be reviewed in two years’ time.

Liverpool City Council has an internal design team, but the roster will ‘provide more flexibility’, says a council spokesman.

‘This gives us a formal footing and external options. There will be a pool of organisations we can draw on,’ he adds.

Previously, external graphic design consultancies worked with the council on a much more ad hoc basis.

Liverpool is embarking on one of the biggest regeneration schemes that is currently taking place in Europe, investing £3bn in redevelopment to boost the region ahead of 2008. Major projects include the £920m retail complex development Paradise Project and a £390m Kings Waterfront scheme, featuring an arena and a conference city.

â€¢ Liverpool’s status as Capital of Culture could bring in an extra 1.5m visitors and generate up to 14 000 new jobs.