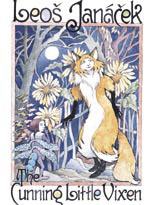 When you are best known for something you created 40 years ago it must be hugely gratifying for someone to publish an appreciation of your more recent work.

Clearly the illustrator and scenic artist Maurice Sendak is not a man to trade on his past glories. His Where The Wild Things Are, which was published in America in 1963 and subsequently translated into 15 languages, is an established classic of children’s illustrated literature, as well as a modern opera.

That its popularity has all but eclipsed Sendak’s prolific output since then is apparent in The Art of Maurice Sendak 1980 To The Present, which mentions the book only when it is absolutely necessary.

This beautifully produced, lavishly illustrated and meticulously researched 200-page volume from New York publisher Harry N Abrams accords Sendak the status normally reserved for the likes of Rembrandt and Van Gogh. To have such a tribute published in your own lifetime must be deeply humbling.

Although it is the wit and diversity of the work that commands your attention on almost every page, the text – by Sendak’s friend and collaborator, Tony Kushner, who wrote Angels in America – is every bit as fascinating and quirky as Sendak’s art.

Early on in his text, Kushner comes to the conclusion that ‘the concern so routinely expressed about Sendak’s work – that it is too strong, too scary for some children – begins to gain a certain justification with Outside Over There (1981) and the books that follow’.

From this we can divine that the serious-minded Sendak kind of outgrew children’s book illustration 20 years ago, or chose to develop in other directions, such as illustrating literary classics and, more importantly, designing sets and costumes for the opera.

The book that marked this change of direction, Outside Over There, contains images that, as Kushner puts it ‘refuse to reassure’, in spite of Sendak’s sumptuously ornate, almost classical, figurative style. They are ‘so strong they seem to menace the very text they are meant to illustrate,’ writes Kushner. Kushner believes it was only a matter of time before Sendak, a great music and opera lover, turned to the stage for inspiration. It started when a producer in Brussels invited him to write and design an operatic version of Where The Wild Things Are, with music by the British composer Oliver Knussen.

Not long after that he was commissioned to design The Magic Flute for Houston Opera, and so it went on, one opera after another, enabling Sendak to work on a much grander scale, and sometimes recycle his designs into picture books.

‘Opera is as fragile as a butterfly’s wing,’ Sendak tells Kushner. ‘Maybe that’s why I was attracted to it. It was just for me and Mozart and Janacek. It took 15 years out of my publishing life and I have no regrets.’

To date, his work has not been successfully transferred to the big screen, despite years of Hollywood interest in Where The Wild Things Are. Sendak has always insisted on final approval of any adaptations and he has yet to see anything that measures up to his expectations.