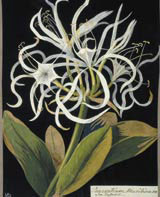 Enlightenment: Discovering the World in the 18th Century is a new permanent exhibition, designed in-house, opening on 12 December.

From 15 December until 5 January, a 6m-high Crystal Christmas Tree by fashion designer Alexander McQueen and light designer Tord Boontje will be on show, comprised of clear Swarovski crystals.

The work of ceramic designer Julia Carter Preston, including this Bird plate with daffodils (left) is on show until 3 January.

Lightness At The Lighthouse, from 13 December to 1 February, is an exhibition featuring the work of third year students from the Glasgow School of Art’s Product Design course. It looks beyond a narrow consumerist approach to imagine lighter ways of living.

New British Painting: Part 1 introduces a young generation of artists and celebrates contemporary painting through their work. The exhibition runs until 31 January.