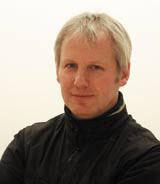 The European Parliament will this week vote on a legal amendment that could change restrictions on building design throughout Europe.

The jury is still out as to whether this will have any affect on designers in the UK.

The proposed amendment to the Directive on Recognition of Professional Qualifications would allow professionals other than architects to carry out building design in European countries, ‘in particular engineers and surveyors, who have undergone special training in the field of construction or the art of building’.

Royal Institution of Chartered Surveyors head of European policy Jill Craig, who has spearheaded the organisation’s 18-month campaign for the amendment, says it aims to ‘clarify the existing situation’ in the European Union.

At present, some aspects of building design that are the preserve of architects in one European country are not so in another, she says. Problems are arising when surveyors or engineers, qualified to refurbish or carry out small-scale alterations to buildings in their own countries, move or attempt to carry out building design elsewhere, Craig adds.

‘You may be fully qualified to do building design work in your own country, but when you move, you’re no longer entitled to do [it],’ she says.

‘For instance, in Belgium you can’t build a shed without bringing in an architect to design the plans. The idea behind the amendment is that if you’re competent [to do building design] in one country, you should be competent to do it in another,’ adds Craig.

The question is, what opportunities could this amendment create for designers? Gensler Architecture, Design and Planning Worldwide senior associate Jon Tollit says it all depends on ‘what is meant by the term “building design”‘ and ‘how the [amendment] is used’.

He worries that the amendment could ‘erode’ architects’ role in Europe, ‘opening the gates [and] allowing other professionals to do work within our remit.’

However, so long as the amendment ‘does not lower the bar’, Tollit says there is ‘nothing wrong with it’. He adds that it is in everyone’s interests to ‘improve the quality of building design’.

Tollit doubts the amendment will create opportunities for designers, as professionals still have to be ‘suitably qualified to carry out structural work’ before they can turn their hand to building design.

But according to RICS deputy director of public policy Brian Berry, designers may benefit in other ways. ‘[The amendment] opens up the pool of resources that designers can tap into, giving them greater choice,’ he says.

If designers have the option of commissioning qualified engineers and surveyors, as well as architects, to carry out building design work, they should ‘be able to reduce the overall costs of projects’, he adds.

Berry thinks the amendment will provide clear opportunities for surveyors and engineers as well. If passed, it has the potential to ‘free up the market, allowing surveyors [and engineers] to carry out work that has [previously] been protected for architects.

‘It’s [good for] clients, who won’t need to call in architects to do straightforward, routine tasks, such as putting in new windows or adding an extension,’ adds Berry.

The proposed amendment to the Directive on Recognition of Professional Qualifications goes to a full vote in the European Parliament on Friday, according to Craig.

If passed, it must be jointly agreed between the Parliament and the Council, made up of representatives from the EU’s 15 member states.