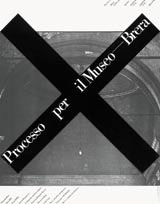 On the day of his 20th birthday, Monguzzi flies to Milan, to visit a graphic design studio, Studio Boggeri, which he has read about in Neue Grafik magazine. A trained musician, Antonio Boggeri had entered the print world almost by chance, carving himself a role in art direction at a time when the term was still unheard of. His studio was staffed by the likes of famed Swiss designers Max Huber, Carlo Vivarelli, Walter Ballmer and Aldo Calabresi. At this point Monguzzi is still unsure about his future as a designer and sees this visit as a chance to better understand the industry. ‘When I looked at these rich, non-dogmatic works, I knew there was hope,’ he says.

Boggeri is impressed by the young designer and takes him on board. With Boggeri, Monguzzi learns one of the most important lessons in his career as a designer, one which is often mentioned in books and articles. ‘He told me Swiss graphic design was often as perfect as any spider’s web,’ says Monguzzi. ‘But it is often a useless perfection. The web, Boggeri told me, is only useful when broken by the entangled fly.’

It was then that Monguzzi finally disentangled himself from the web of his Swiss education, primarily concerned with aesthetics rather than substance. Indeed, it is this hunt for ‘an improbable fly’ that steered Monguzzi’s work towards the functional and rational aspects of Modernism rather than its incumbent aesthetics.

Returning to Milan after successive spells in North America, where he worked for the Montreal Expo 1967, the Metropolitan Transport Authority of New York and the Canadian National Film Board, Monguzzi reconnects with Studio Boggeri to work on a pitch for an aspect of tyre company Pirelli’s identity. Now 30 years old, and married to Boggeri’s daughter Anna, Monguzzi moves back to Switzerland, and starts teaching at the Lugano School of Design.

In these years Monguzzi produces some of his most compelling work, designing exhibitions, environmental graphic design and packaging, and collaborating with Roberto Sambonet and architect Giancarlo Ortelli. In 1975, he designs his iconic, ‘constructivist’ poster for the Majakovskij Mejerchol’d Stanislavskij exhibition at the Castello Sforzesco in Milan. In 1977, the portfolio Della Pazzia, a collection of drawings of inmates in a Brazilian mental institution, is exhibited in Milan and Mantova. In 1983, he wins the international competition for the visual identity of the new MusÃ©e d’Orsay in Paris, by Italian architect Gae Aulenti. His strikingly simple logo is a demonstration in reduction.

Although now part of an ‘international club’ (in 1971 he received the prestigious Italian Bodoni Prize and in the late 1970s he joins Alliance Graphique Internationale), Monguzzi still feels like an outsider. He always tells his students that disobeying the brief is an important value to learn. He does not believe in style, but in a method, something he says furniture designers such as Charles Eames and Achille Castiglioni epitomise very well in their work.

Monguzzi’s main belief is that graphic design is mass communication. ‘We have a huge responsibility in creating an urban environment,’ he says. Monguzzi’s search is for meaning, rather than perfection. His posters start as ideas, to which type, colour and composition are applied only once meaning is established. Looking at the use of the computer in design, Monguzzi admits its extraordinary role, but argues the issue is not the medium, but the message.

So although he is now enjoying what he calls ‘semi-retirement’, visiting friends and accepting recognitions around the world, Monguzzi says he still wants to pursue his role as an educator with a series of booklets in which he can pass on his knowledge to future generations. He is concerned about the diffuse ignorance of the past and argues for the relevance of history in design. ‘You need to know how to build a hut before you build a cathedral,’ he says.