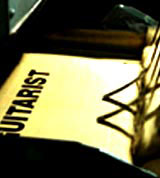 Deepend Moving Image’s Mike Moloney has written and directed a short film for Stop For A Minute, a FilmFour and Dazed & Confused project showcasing one-minute films. His Manufactured Music is one of 31 commissioned films to be broadcast throughout January on www.stopforaminute.com, designed by London group State Design. The film is set in a warehouse and claims to be ‘a critique of the music industry’. Moloney joins US directors Harmony Korine and Roman Coppola, singer Michael Stipe and actor Billy Zane, who have contributed to the project. A selection of films, including Manufactured Music, will be broadcast on FilmFour and Channel 4.