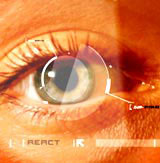 The fight for digital TV supremacy is reaching new heights. With it comes the importance of branding, as channels need to make more noise than ever to get noticed, witnessed by the lead up to next week’s all-singing launch of Channel 4’s E4.

Digital networks are lobbying the Government to try to prevent the BBC introducing rival services. Sky Digital, MTV, CNN, Nickelodeon, Telewest, Discovery and the Cartoon Network have complained to Culture Secretary Chris Smith that the BBC’s digital TV plans are an abuse of the licence fee. These plans include the establishment of BBC3, BBC4 and a raft of dedicated children’s channels.

The commercial channels say the Government should consider the BBC’s plans, but the corporation is behaving as if it has the green light to go ahead. The BBC says its plans provide a “distinctive, but complementary, alternative to commercial services”.

But how serious a threat is the BBC to commercial channels? And can existing networks get their voices heard and actually make a difference?

According to Zenith Media head of knowledge management Adam Smith, this type of protestation is just part of the normal run of Government lobbying. The difference is, he says, the channels don’t normally join forces – it’s usually Sky Digital standing on its soapbox alone.

“After all, the commercial channels are answerable to shareholders so they need to be seen to make a fuss on their behalf,” he says. Smith adds that, at best, rival networks are hoping the Department of Culture, Media and Sport will simply review its objectives with regards to the BBC, but concedes that they would probably rather plans for BBC3 and 4 didn’t go ahead.

It seems likely BBC3 and 4 will go ahead, because they already exist as BBC Choice and BBC Knowledge. BBC3 is reported to be targeted at younger viewers and could launch as early as next spring (DW 11 August 2000), while BBC4 aims to become a highbrow arts channel covering similar subject matter to Radio 4.

“Choice and Knowledge ratings are extremely low. Rebranding as BBC3 and 4 may turn that around to some degree, but not enough to really worry commercial networks,” Smith suggests.

“The protest does raise an interesting point. The BBC should be held to account because it is funded by licence fees. But its digital TV output is only available to the comparatively few and should not therefore be funded by the many,” he adds.

Sky Digital’s Artsworld, a new arts channel, launched in December with a Hobbins Sides identity and joined the protest to Chris Smith. Artsworld chief executive John Hambley agrees digital channels are less concerned about the BBC threat. They simply want it to start from the same footing as commercial networks.

According to Hambley, digital channels are concerned the BBC is acting as if it already has permission to introduce the new channels, when it should await a proper consultation. “The BBC is welcome to introduce an arts channel [to rival Artsworld], but it should play by the same rules as commercial networks,” he says.

Hambley contends that the BBC, as a publicly funded corporation, should provide services that cannot be offered by the commercial market. “If anything, the BBC should launch a much-needed multi-cultural channel – that would help counter claims of racism, such as Greg Dyke’s recent remark that the BBC is ‘hideously white’,” he maintains.

The BBC, meanwhile, is still awaiting the results of a public consultation on the go-ahead for its planned BBC3 and 4 digital channels. According to a spokesman, a result is expected in the next few weeks. It then goes to the DCMS for final approval.

The result of more competition – from the BBC or pure digital networks – is that branding new channels becomes a bigger task, and the role of design consultancies assumes greater importance. Digital media consul

tancy 4i was appointed in December to brand Digital Wellbeing, the health and beauty network of TV and Internet services launched by Granada Media and Boots The Chemists, set to launch in the Spring.

Broadcast specialist Lambie-Nairn created the identity for the relaunched PlayUK, and is also likely to be awarded the BBC3 and 4 tasks, as the BBC’s incumbent branding consultancy. It declines to comment.

Creative director Brett Foraker explains the reason behind its high-profile launch campaign, featuring the E4 logo, designed in-house. “You have to make a splash to cut through rivals’ territory and find unoccupied spaces in the market,” he says.

The key to an effective digital identity is to create a fun, simple logo that can be used across different platforms, from digital to print, says Foraker. “We have stuck to striking purple-and-white colourways that will appeal to the younger end of our target audience and will work well on-screen,” he adds.

E4’s identity has forsaken hard edges for “bulbous” curves that lend the channel a “playful feel”, he adds. “Straight lines do not lend themselves well to on-screen identities.”

It remains to be seen whether the BBC can compete with design-savvy digital channels with commercial backing for the all-important audience share – if and when, that is, the Government gives the go-ahead.