It always puzzles me that people describe the 1950s as a grey decade. If you’d just been through a war, then the 1950s were a riot of light and colour, starting with the Festival of Britain in 1951. If, on the other hand, you were looking at the period from 1967, then it did look a bit drab. Anything would, compared to the uniforms of Sergeant Pepper. But I’d like to nominate a greyer decade still: the 1990s. We should learn from it.

First, it kicked off with a nasty economic recession. It seemed that everyone you knew in design and architecture was out of work – also known as starting a new consultancy, in the euphemism of the time. But then, when the design professions picked themselves up off the floor, they went all puritanical on us. Colour was banned, along with anything else that smacked of the fripperies of the late 1980s. Stern, austere Modernism was the thing. From Jasper Conran and Jil Sander frocks to Norman Foster buildings and BMW cars, you could have things any colour you wanted, so long as they were black, white or grey.

The most popular colour for cars in the 1980s was red. A decade later, that had changed to silver-grey. The colour of cars is worthy of a PhD thesis in itself. Why was there that 1970s infatuation with yellow, orange and bright green? Why the two-tone fad of the 1960s? And were whitewall tyres the automotive equivalent of spats? When motor manufacturers did try to experiment with colour again, around the turn of the 21st century, you got ghastly results, like Rover’s weird pearlescent paint, which changed its appearance according to the angle of the light. No wonder they went bust.

The ban on colour lasted right up to the Millennium, at which point the design police relaxed slightly and then disbanded. The opening night of Tate Modern was a sea of black, but one brave ex-model wore a vivid pink dress. It was positively scandalous. Today, she would pass unnoticed in the crowd. Meanwhile, the proposed Tate Modern Two is all very shouty and look-at-me.

The rediscovery of colour, then, has been the big story of the first half of the first decade of the 21st century. The same Jasper Conran used to produce Minimalist, monochrome designs for Wedgwood crockery. Look at the stuff he’s doing for them now and you need sunglasses. It’s not just vivid colour, it’s also pattern. One glance at his chinoiserie line tells you that Modernist designers are cheerfully ransacking history again, as if the 1980s had never gone away.

It’s money, of course – too much of it, washing around in its over-borrowed, city-bonus, buy-now-pay-later way. There is a growing number of economic commentators keen to point out how everything is at the top of its market and the only way from here is down. I’d have to say they are right. Not just because of the remarkable business parallels with the late 1980s – complete with ballooning, acquisition-hungry design groups and the general feeling of yeasty frothiness – but also because of the warning signs of colour and decoration. When those two come back in a big way, then history tells us it’s time to batten down the hatches. Decadence has set in.

It sounds like I’m a bit of a Puritan, but when I had time on my hands in the last recession I painted a lot of rooms in my house, all in strong colours – which shows I understand nothing of economics or fashion. 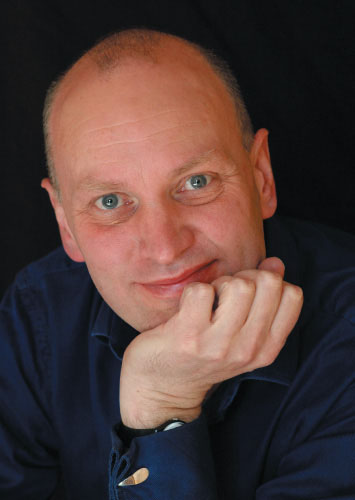