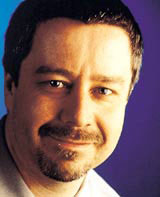 IDEO founder David Kelley is to step down from day-to-day running of the company to assume the role of chairman, making way for Tim Brown to become company president from 1 August. As of next January, Brown will become chief executive officer of the product design group.

Brown has been director of Ideo Europe since 1995, previously running the company’s San Francisco office.

Kelley, who will still oversee Ideo’s strategic direction, says, “Over the past few years I have wanted to share my management responsibilities. Tim is an ideal person to take on the operational and managerial direction of the company… Making him president in July and CEO in January allows for a smooth transition.”

Further management changes will occur as a result of Brown’s promotion. Alan South has been appointed head of Ideo Europe, while Colin Burns will become head of Ideo London. Both are currently based in the group’s London office, and will carry out their new roles from there.