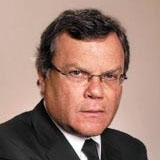 Sir Martin Sorrell recently characterised the UK ad market as one of the weakest in the world. Clare Goff looks at the impact on design

When marketing services sneezes, is design one of the first to catch a cold? A raft of bad forecasts in the past few weeks suggest that, while the British weather heats up, the broader UK marketing industry could be in line for a freeze.

The Institute of Practitioners in Advertising’s Bellwether Report for the first quarter of 2006 reveals a cautious outlook by advertisers and subdued budgets for the year ahead. WPP chief executive Sir Martin Sorrell confirmed that Britain is currently one of the world’s weakest advertising markets, as a lack of consumer confidence pushed growth across WPP’s UK networks down to single digits.

The outlook for design shows a mixed picture. Many of the key branding consultancies are enjoying a buoyant period, while others are fishing abroad for work as British design projects are put on hold.

The fragmented nature of the design industry means that it is difficult to generalise on the effect on the sector of a subdued overall marketing services industry. While consolidation across ad networks means that a few players now control the bulk of adspend, design is still a much more disparate industry.

But the project-based nature of much design work often leaves consultancies vulnerable to the chop when cuts occur.

‘A consultancy won’t be asked to do half a report. The whole project will be cancelled,’ says Amanda Merron, a partner at accountancy firm Willott Kingston Smith. ‘Design is often like the canary down the wire. It’s the first to feel it and the first to recover,’ she says.

Andy Knowles (pictured), chief executive of Jones Knowles Ritchie, says he has learned to track the fortunes of his own design business, not to the health of the marketing services industry, but to consumer sentiment.

‘That is the underlying factor that affects us all, rather than media inflation or shift from TV spend,’ he says. ‘There will be a lag of a month or two, but we’ve learned over many years that we are much less in control of our own destiny than we think.’ 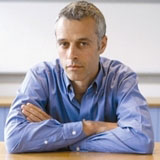 Many areas of design, such as annual reports, will hold up even in the worst recession, and the recent prognostications for the overall marketing industry show much of the gloom arising from a shift from above-the-line marketing to new media and below-the-line, a factor that does not impact on the media-neutrality of design.

‘We are involved in the creation of a brand while others in marketing services are about communicating that brand,’ says Knowles.

Cheryl Giovannoni, managing director at Landor Associates’ London office, agrees. ‘Design benefits because we are far more channel neutral. Companies still need to invest in their brands and bring them to life,’ she says.

She adds that while big advertising budgets are being hit, clients are looking for more experimental ways to project their brand and she has seen an increased emphasis by clients on the creation of brand experiences.

Big pitches may have dried up a bit, but, as design becomes a more strategic discipline, consultancies are looking outside of client marketing departments for business.

Interbrand London chief executive John Allert says design input is now being sought by other areas of a client’s business, such as strategy departments. ‘It’s often not seen as advertising costs,’ he says.

Such briefs may be more difficult for consultancies to find, but they are often more reliable than those linked to fickle marketing departments, and, as forward-thinking clients increasingly take design upstream, many consultancies are reaping the benefits.

At The Partners, managing partner Jim Prior says his consultancy is moving beyond ‘pure design’ and into ‘fundamental consulting’ – pitches are being replaced with relationship-building as consultancies increasingly act as creative catalysts for a business, rather than working on conventional design briefs.

‘Design is often one of the early areas to go when companies are under pressure, but it’s based on the misunderstanding of the potency of design in effecting change,’ says Allert. 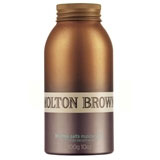 At cosmetics and beauty products company Molton Brown creative director Dale Daxon Bowers has learnt to invest in design when the going gets tough.

‘Even if there is a depression in the market, we take the opposite view and increase our investment in design,’ she says. ‘There are shoppers out there and, in difficult times, we need to be more eye-catching.’

The upmarket company looks for other areas in which to cut costs when times are hard. It’s a strategy that may not apply to all client sectors, but, as consultancies are increasingly called on to justify design spend, the evidence is stacking up that design can have an impact on overall business performance.

Allert points to the likes of Barclays and Intercontinental as client businesses that are using design as a means of driving change.

‘They “get it”‘, he says. ‘There’s evidence to suggest that when things get grim, the return on investment you can derive from design is disproportionately high.’

• Media spending cut, advertising spending set to increase but not as strongly as the last two years