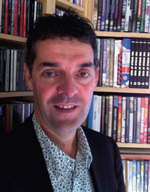 I penned an article for Design Week in 2005, explaining why I thought taking a digital consultancy such as Digit into a big group like WPP was a positive thing. Looking back, it was all about fitting in and hoping that the foundations provided would result in successful commercial partnerships.

At the time it was fashionable for smaller groups to be acquired, or housed with an ad or media agency. Early signs were positive and Digit was introduced as a ’digital creative’ agency to clients. But after the honeymoon period, reality set in – we were part of a ’matching luggage’ strategy, where it was enough to tick a digital box on a proposal to secure the main business.

The missing link was the lack of a coherent strategy to integrate digital capabilities into a broad communication offering. Everyone had to have it, but no one knew what to do with it.

We spent months trying to educate our partner agencies, clients and the industry at large that the ’D’ word was not a panacea, but merely another way of delivering and integrating messaging to ever-more discerning consumers.

It seems hard to imagine how recently that was still necessary, now that everyone seems to be a Twitter/Facebook/YouTube convert and agencies claim assimilation of all things digital. Problem solved. Move on.

For the first time in 15 years, I can unload the burden of consultancy ownership and reflect on the pros and cons of having joined a major group and what the next wave of aspiring consultancies might consider when their time comes.

If, as we did, you’ve chosen to work at the forefront of a technological wave, be prepared for blank faces when you talk about innovation trends, adoption rates and co-funded campaigns. This is why many small design and technology groups are working as micro-networks, partnering intelligently and transparently on margins to build out challenger offerings.

Big groups want predictability. They’ll say otherwise, but in the background is a machine monitoring deviation and forcing things on to the planned curve. Innovation becomes an overhead; intellectual property a myth. That can always be bought later.

The world has moved on and everything is up for grabs again. The new acquisitions are social media, mobile, webtech or games companies eager to get a foothold before they get taken out – the speed of assimilation is lightning fast. However, for every headline acquisition such as Zynga there are tens of small, sharp, rapier-fast groups being brought into conglomerates. So what does the next five years hold for them?

Business models are unpredictable. The old-style, brand top-down campaigns are now socially engineered, ground roots-originated, virally fuelled movements that don’t always return the eyeballs or recall the industry relies upon to stay in charge. Competition is fierce and new entrants are swarming over opportunities that would have been out of reach five years ago.

Ad and media agencies have also invested in home-grown talent or new digital natives, but generally these have found the main agency entrenched. Senior hires often quickly realise the magnitude of the task and move on within a year or so. Fear: the word that hampers every well-intentioned merger or acquisition. What if it actually works? Change is a double-edged sword – good for the swashbuckler, bad for the incumbent. Why does it have to be like that?

As Woodrow Wilson once said, ’If you want to make enemies, try to change something.’ I made the mistake of presenting that thought to my eventual nemesis. So, here we are, career in tatters, but a really open, exciting future where innovation is valued, original thought encouraged and networks suddenly the size you need them to be. It feels like 1999 all over again, but with a hugely exciting collaborative mantra emerging.

Imagine being in a big group looking outwards now that micro-networks are where the real action and future value lies. Now that’s a real cause for fear, uncertainty and doubt.