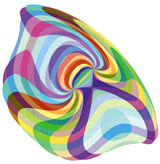 The relaunch of the Design Museum’s website, which features an identity by graphic designer Peter Saville has been delayed by the demise of Deepend.

Originally due to appear on Monday (8 October), the website is now scheduled to go live on 5 November.

The project was ‘literally at the sign-off stage’, says a Design Museum spokeswoman, when Deepend went into liquidation two weeks ago (DW 27 September). ‘The financial side was worked out quickly so that the designers could finish the project,’ the spokeswomen adds. There has since been ‘total continuity’, she says.

Former Deepend design director Fred Flade, who has since set up De-construct (DW 27 September) was responsible for the creative concept. However, Flade says he will not oversee the completion of the redesign.

Two other members of the former Deepend team are finishing the job on a freelance basis: designer Chanuki Serefinhe and programmer Will Wade.

‘It’s just a matter of the back-end of the site going live,’ adds Flade. ‘It’s about another week’s work.’

Deepend was appointed by the Design Museum in June to ‘reconceptualise’ the website, having first designed it in 1999.

A digital showcase, curated each month by a leading designer, and an on-line archive of 20th century design history are among the additions to the site, which includes improved functionality and an up-to-date look and feel.