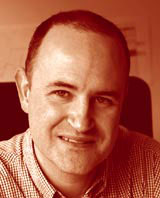 The telephone is still ringing for consultancies with an experience of telecommunications, despite the industry’s continuing problems.

As of last week, worldwide job losses in the industry totalled nearly 360 000, including 6000 jobs gone from BT, affecting its wireless division mmO2. Vodafone, the world’s biggest mobile phone operator, revealed in July that it was earning less money per subscriber in June than in the previous three months, while BT reported, in the same month, a huge drop in pre-tax profits.

However, this does not signal doom and gloom for the design industry too.

Many analysts believe things are improving, with technological advancements prompting increased activity among the industry’s giants, such as BT, One 2 One parent Deutsche Telekom and Orange parent France Telecom.

On another front, the consolidation of the industry into a handful of major players has seen their brands spread across continents as they pump cash into brand building. This has resulted in, for example, the spread of the Orange brand across 20 international markets. The company, now the UK’s largest mobile operator, hopes the brand will eventually extend to up to 50 markets by 2005.

The estimated cost of that exercise in Germany alone is £250m.

‘The markets are in the worst position they have been for years so companies are cutting costs where they can. But where they need to spend money they will, and the brand is one of those things,’ says telecoms analyst Mark Davis of WestLB Panmure.

‘Companies are consolidating all their operations under one banner to improve customer service. It’s all about familiarity and as people travel around they want to know their network is operating wherever they go,’ he adds.

Although telecoms companies have suffered significant ‘value destruction’, according to analyst Stuart Gordon of ABN Amro, it seems consultancies can still count on the work rolling in. PSD-Fitch is looking to expand its telecoms division, two months after it cut 11 jobs blaming a downturn in the sector (DW 23 August).

‘In the long term, the telecoms industry is a good industry to work for. We are now viewing that with an element of caution,’ says PSD-Fitch director of product design Steve Hughes.

Deutsche Telekom announced last month it will rebadge all its mobile phone networks, including VoiceStream in the US and One 2 One in the UK, with a single identity, T Mobil (DW 6 September).

FutureBrand is working on the rebranding of One 2 One. The rebrand will affect everything from stationery to the exteriors and interiors of retail outlets.

However, One 2 One has yet to appoint an interiors consultancy to revamp its 137 UK stores. ‘This is one of the issues being worked through,’ says a spokesman.

Despite the heavy blows sustained by the market, Jez Frampton, director at Interbrand, which works with Orange in the UK and Deutsche Telekom (Interbrand Zintzmeyer & Lux in Germany), believes that ‘the brave companies’ will continue to work at building ‘a differentiated brand’.

‘Where companies will make the difference is in added value, and in their brands. They’ll be the ones that succeed as the market picks up,’ says Frampton.

Whatever the cost of pan-European rebrands, companies know they cannot afford to cut back on brand building.

Lambie-Nairn was paid a reported £1m for the task of creating the mmO2 and O2 identities for BT (DW 6 September). Cellnet will switch to the O2 brand in the spring along with BT’s other mobile phone networks, including Viag Interkom in Germany and Telfort in the Netherlands.

Despite a reduction in the headcount across the BT group, including the mobile division, mmO2 maintains the rebadging of its operations is money well spent.

‘MmO2 feels that O2 is a brand that works across different markets. Some money will have to go into rebranding, but that is made up through the advantages of the exercise. We feel [using] the brand in different markets will promote awareness and simplify things. Getting the brand right at any time is important and perhaps even more so when the market’s in trouble,’ says an mmO2 spokesman.

Analyst Eddie Murphy of Analysys believes innovation on the part of technology operators in particular has been affected by market conditions.

Sony Ericsson Mobile Communications, the alliance formed between Sony and Ericsson that will see the company create both entry level and high-end mobile phone products with multimedia capabilities, hopes it will be in a position to tackle such innovation shortfalls.

‘We hope by combining the technological and product creation capabilities of the two companies we will be very strong in the multimedia product sector,’ says a spokesman for Sony Ericsson Mobile Communications.

Handset manufacturers particularly are having a tough time. The Sony Ericsson alliance looks like a happy marriage, says Murphy, and one that could improve Ericsson’s ability to shift handsets.

‘Ericsson has a good reputation in technology. By bringing in Sony’s product design expertise it allows Ericsson to compete with Nokia,’ Murphy says. ‘There is a logic for [technology] companies to combine with companies that can improve the desirability of products through design.’

This kind of partnership is likely to mean more work for groups – from brand identity to interiors projects – as well as the jobs it creates for people employed as in-house designers.

‘The telecoms market is fiercely competitive so it is essential that telecoms companies make their assets and investments pay off,’ says Frampton.

Consultancies can expect the telephones to keep ringing for some time yet.