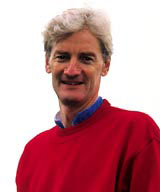 Dyson is playing down suggestions that it could be pipped to the patenting post over its robot vacuum cleaner by a German rival.

The vacuum cleaner manufacturer might even face a second patenting court case if German firm KÃ¤rcher beats it to market with its proposed robot model.

Dyson’s DC06 robotic vacuum cleaner is still undergoing home trials and could be launched late next year, although no date has yet been set, according to a Dyson Appliances spokeswoman.

She says Dyson files for patents as soon as it starts work on a new product and says there is unlikely to be a clash of interests as she ‘presumes [KÃ¤rcher] would use different technology’ to Dyson. But she admits that Dyson could ‘never know’ exactly what its rivals are doing.

The spokeswoman claims the Dyson robot model has more sophisticated technology as it ‘thinks for itself’ and is not programmed. It can therefore clean any room it is placed in, she says.

‘[The model] takes an efficient route covering the whole room without repetition,’ she adds.

The move follows news last week that the Court of Appeal has upheld an earlier ruling that Hoover’s patented Tripe Vortex Vacuum Cleaner infringed Dyson’s patent. ‘If we did not fight to protect these patents from copyists, there would be no point inventing new products,’ says James Dyson (pictured right).

Hoover vice-chairman Alberto Bertali says that, from a commercial point of view, the issues around the case had been sterile for some time because of continuous product development at Hoover and the patent in question has expired.