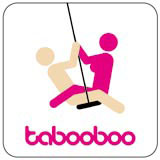 Tabooboo launches as an on-line brand but the company plans to expand into mail order and aims to have its first retail concessions by Christmas this year. It is also planning standalone stores in London and key regional centres, to be open by spring next year.

Tabooboo-branded dispensing machines will launch in ‘design-led bars’, the first in London Soho’s Alphabet Bar in October, and the company is in talks with hotels to include the toys in guest amenity kits.

Fibre has designed the company’s website, www.tabooboo. com, merchandise, print material including stationery, postcards and advertising and is working on a mail order catalogue.

It is also likely to be involved in retail interiors and point-of-sale communication and worked with Wrapology on packaging designs.

According to Tabooboo managing director Alan Lucas, the company sees an opportunity to develop an offer ‘in the only consumer category without a sophisticated brand’.

The brand has been designed to appeal to ‘the Diesel generation’, adds Lucas, and takes a ‘playful, accessible’ approach. It is positioning itself ‘at a younger audience than Ann Summers’ and more accessible than ‘fashion, lingerie-led brands like Myla and Agent Provocateur’, he adds.

Fibre was appointed in the summer on the strength of previous work. Creative director David Rainbird led the project.