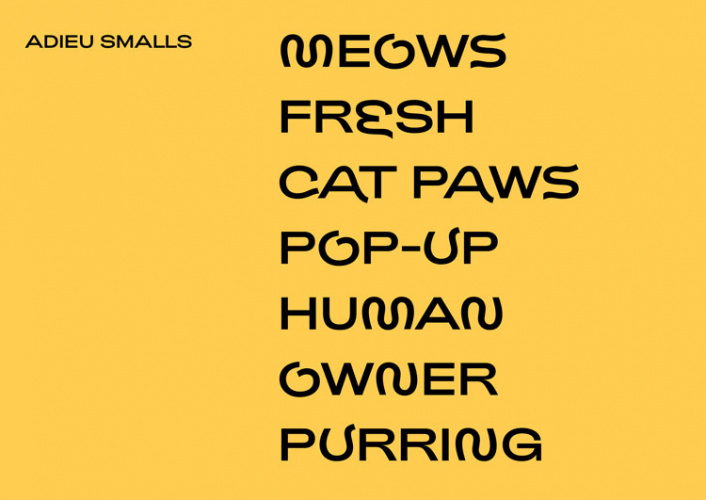 A new font, which aims to convey cats’ sense of “playfulness”, has been unveiled.

It is part of a campaign for Smalls, a high protein natural cat food subscription service based in New York.

Miles Barretto, lead designer at Smalls, says that he wanted the font to “create alternate characters that would surprise and delight”. 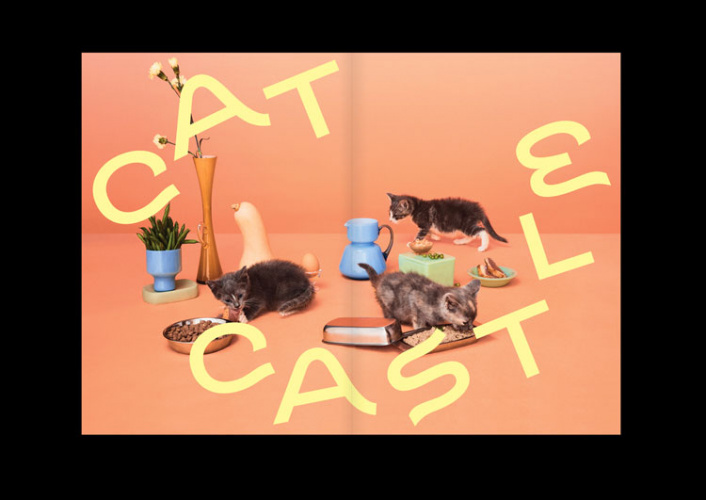 Working with the Oslo-based Good Type Foundry, Barretto researched cats and their movements for the design.

“The one reference that stood out the most and inspired the font was how cats use their body as a form of communication,” he says.

Using the upper case font Adieu as the base, the designer looked at how these movements could be incorporated into the font. 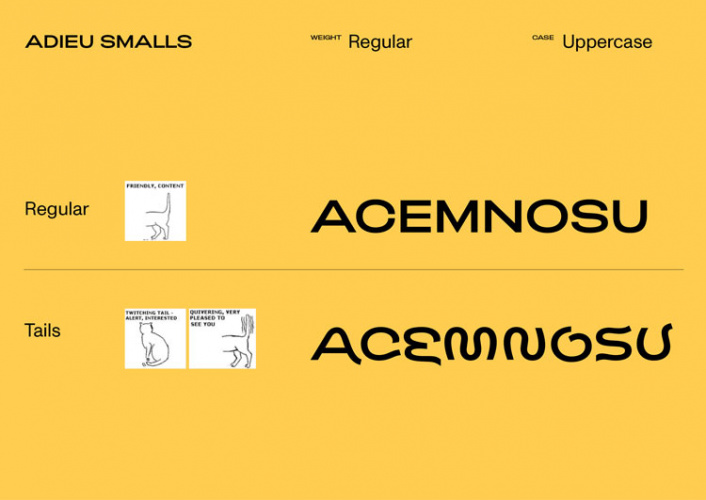 Of particular interest was the cat tail, which has weaved its way into the font’s design.

“When a cat is interested, a slight hook is formed at the tip of the tail,” Barretto says. “If we look at the characters U and E, you can see similar hooked tips that break out of the ascender and descender.”

A similar “playfulness” can be seen in the M and O characters.

Feline movement also inspired the brand’s packaging, whose aesthetic is an attempt to reflect the “cat-like behaviour of ‘nudging’”.

The packaging looks to “shift the aesthetic that is commonly seen in conventional cat food”. 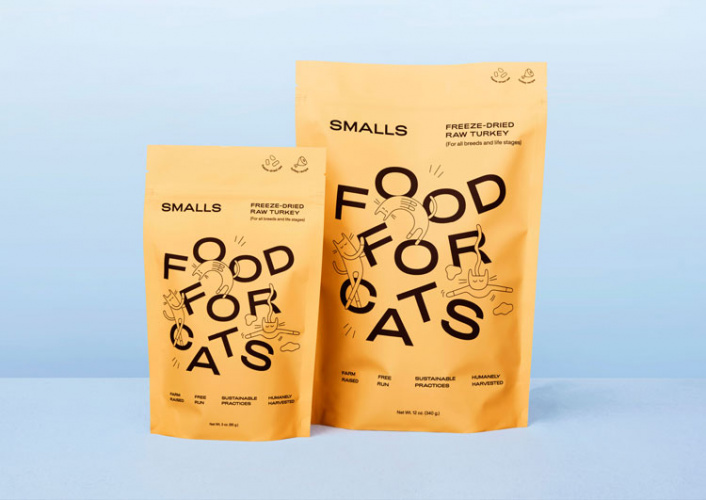 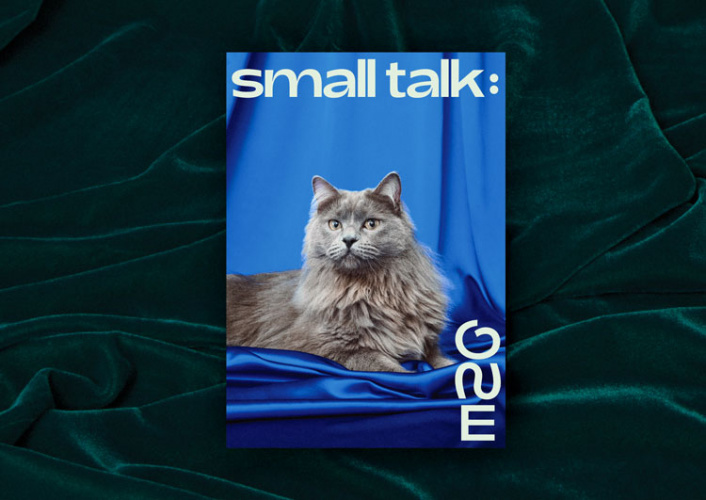 The design was part of a wider effort to create “surprise and delight” within the brand, according to Barretto.

A zine, Small Talk Magazine, will be launched as a print accompaniment to the brand’s blog.

With a “vibrant” and “playful” colour palette, the plan is to include customers’ cats into photo shoots in the hopes of “creating an open opportunity”.

Barretto says that the zine “allows our community within Smalls to feel like not only are they heard but also their cats are being celebrated”. 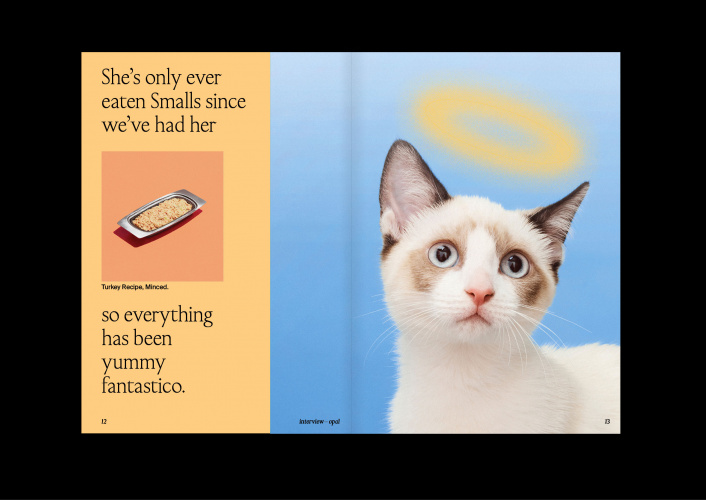 It is also an attempt to “create a more holistic experience” for their content, Barretto says.

“We can also include it in their shipment as a surprise add-on,” he says.

The subscription service launched in the summer, while the font as well as a zine will be published this month.