The Transition Pack is aimed at 12-19-year-olds and encourages them to take control of their own healthcare as they move into adulthood – the “transition phase” – rather than relying on parents and guardians.

The box is compartmentalised with cutaways to store pens, and comes with three informative booklets, which contain medical information, lifestyle advice – such as on safe sex, driving and childbirth – and BHF case studies of teenagers who have undergone the transition phase. 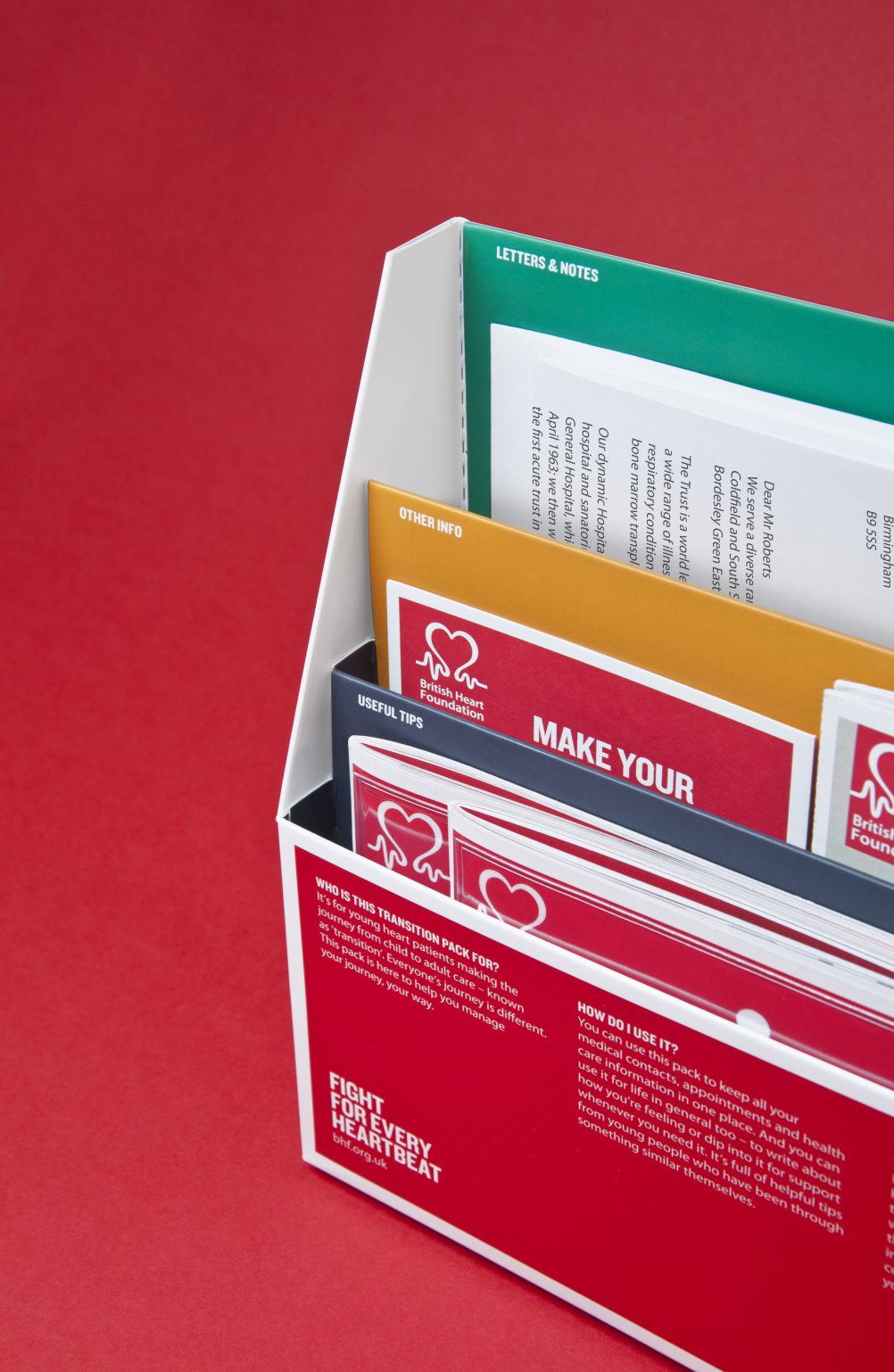 The consultancy attended focus groups then designed the box around a concept they coined “picture this”, which enables young patients to imagine healthcare as they would like it, creative director Tommy Taylor says: “When you get to age 12, the NHS considers you an adult in healthcare – it can be a really challenging, vulnerable time. The pack is empowering individuals by placing all the responsibility on them so they can make their own decisions.”

As an extension of this, plastic wallets have been inserted into the design, allowing users to customise their pack with images and photographs to suit their tastes and to help avoid medical stigma. 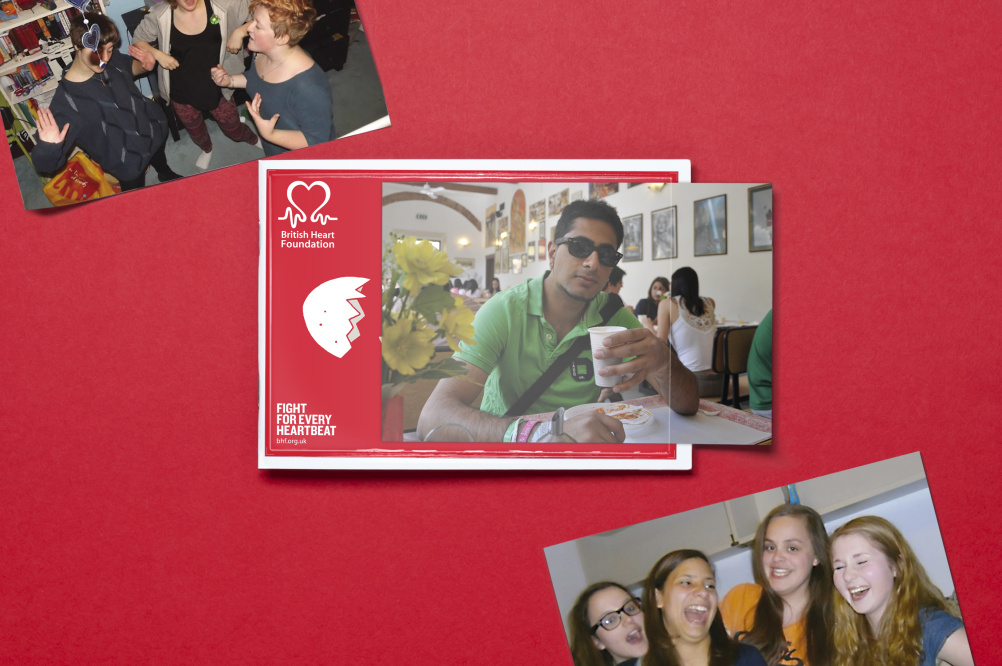 “The most difficult thing about the project was trying to appeal to a 12-year-old boy’s tastes as well as a 19-year-old girl’s,” he says. “The clear pockets encourage users to decorate the box as they want to, and make it completely changeable as their tastes change.”

The box is intended to be used daily as a central place to store booklets, meeting notes and doctors’ letters. “It’s a vulnerable time for those with heart conditions, so we didn’t want a pack that screamed ‘I’m a healthcare patient’ that would just sit on their shelf,” Taylor says. “It’s quite discreet, and all the BHF features can be covered up through decoration.”

Artist Damian Weighill also completed illustrations for the pack, which were intended to add quirky, non-graphic humour to the design – for example, a drawing of two hotdogs in a bun to illustrate safe sex. “We didn’t want to make the pack too corporate,” Taylor says. “Damian helped us to develop a style that was appealing to a young audience, but with quirky, strange humour that would appeal to older teenagers as well.” 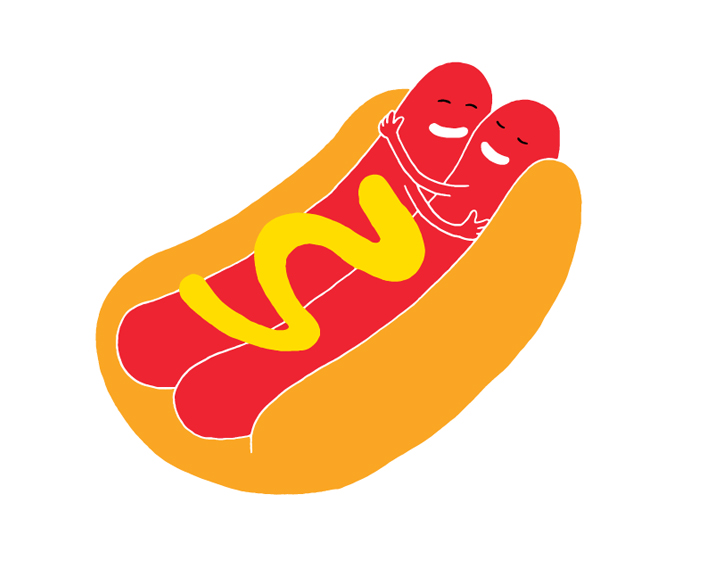 Alphabetical was approached by the BHF to apply for the project, and won the pitch against three other design houses. “This was a really proud moment for us,” Taylor says. “It’s our first project as part of the BHF roster – it’s doing something good for people’s lives and has also demonstrated our breadth of thinking.” The Transition Pack is available nationwide from patients’ GP surgeries and hospitals, and is free-of-charge. 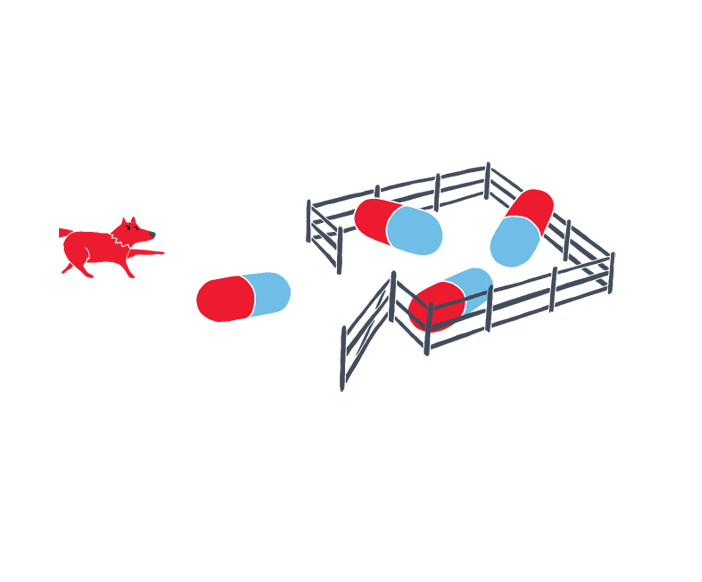 Shining a spotlight on the “Cinderella” discipline of theatre design