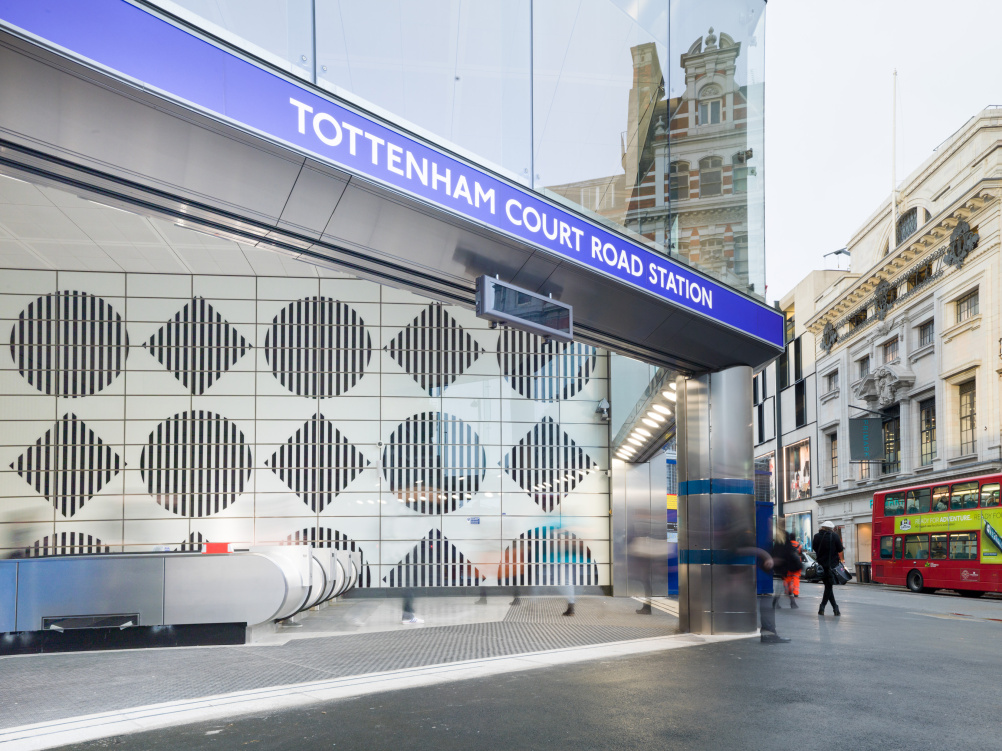 As part of the work, Transport for London says it is retaining more than 95 per cent of the original 1984 Paolozzi mosaic pieces.

A new artwork by Daniel Buren is also being introduced, which TfL says will “compliment” Paolozzi’s work.

Hawkins adds that the new Tottenham Court Road Crossrail station, which HawkinsBrown is also working on, will feature artworks by Douglas Gordon and Richard Wright. This is set to open in 2018.

TfL says the new Tottenham Court Road opening is part of its £10 billion upgrade plans across the Tube network. It will be followed by a further entrance at the station, designed by Stanton Williams.

London Mayor Boris Johnson says: “Last month we had the busiest week on the Tube in its history and as London’s population grows our work to modernise and improve our transport network becomes ever more vital.”

Adventures of the Black Square: an abstract art exhibition

Patient 3D prints his own kidney to guide surgeons