Norwich-based design studio The Click has created a new brand identity to promote arts and culture in the East of England.

The Head East brand, which will be applied to future campaigns, has been commissioned by Norfolk County Council with support from a number of regional venues and institutions. 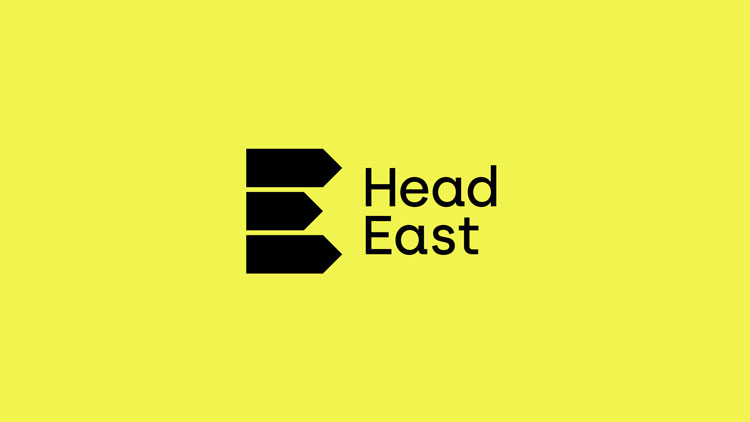 “The primary objective was to get people to the east, with a primary agenda of arts, culture and heritage,” says The Click creative director Bobby Burrage.

While the brief was originally for a campaign to promote arts and culture in Norfolk and Suffolk to tourists, the studio developed a brand which aims to have a longer-term view, according to Burrage.

Norfolk and Suffolk were not used in the naming as the project hopes to include other areas in the future, for example. Similarly, the branding is designed to be flexible so that other projects – outside of arts, culture and heritage – could fall within its remit in the future, Burrage explains.

“To create a brand for the East of England was much more powerful period, and perhaps more sustainable,” he adds. It also had to be flexible because of changing restrictions around coronavirus, Burrage explains. It couldn’t be tied to one particular season, for instance. 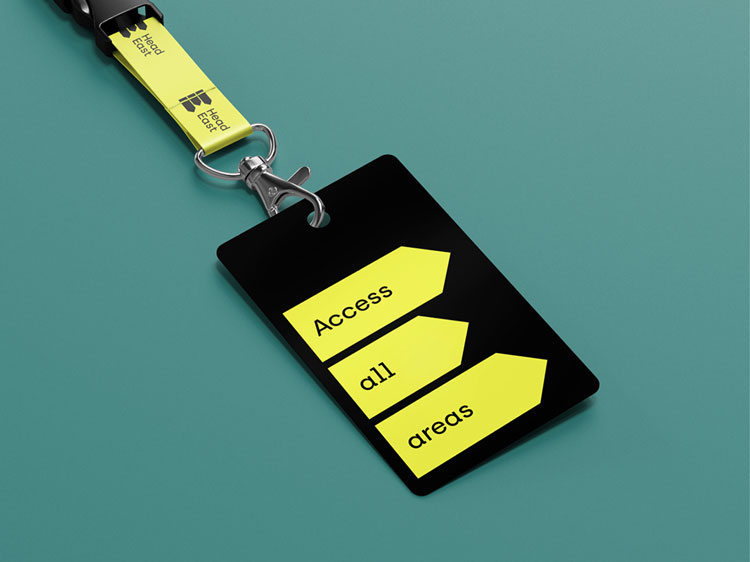 Head East was chosen for its double-purpose as a call-to-action, according to the designer. “It’s instructive, short and memorable,” Burrage says.

From there, the team designed an ‘E’ logo, made up of three east facing arrows. These can be filled with imagery or words depending on the specific project, he explains. Burrage adds: “It’s simple and really flexible.” 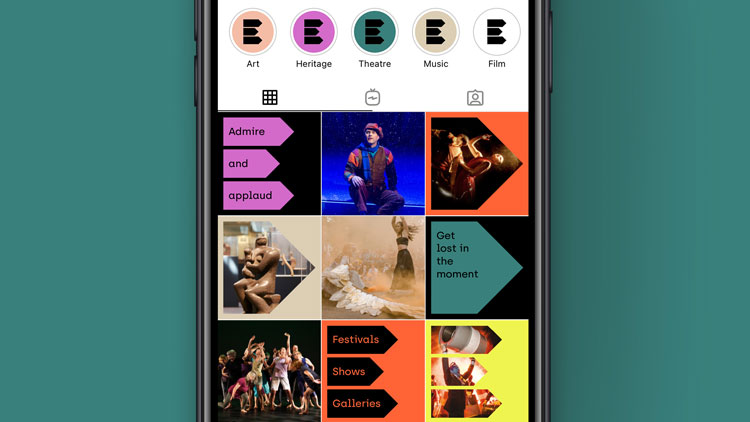 One animated visual for a music venue depicts the ‘E’ framework with the words ‘Dance’, ‘Mosh’ and ‘Frolic’, while a social media-focused version has ‘Follow’, ‘Like’ and ‘Share’.

Archia has been used as the typeface for the identity. “We liked that it was neutral but still had some character to it,” Burrage adds.

It was also chosen for the layout. In a lot of typefaces, ‘East’ appeared much shorter than ‘Head’ despite being the same number of letters, according to the designer. “We knew we needed to stack it, and the ‘d’ always stuck out on its own and looked really awkward,” Burrage says. 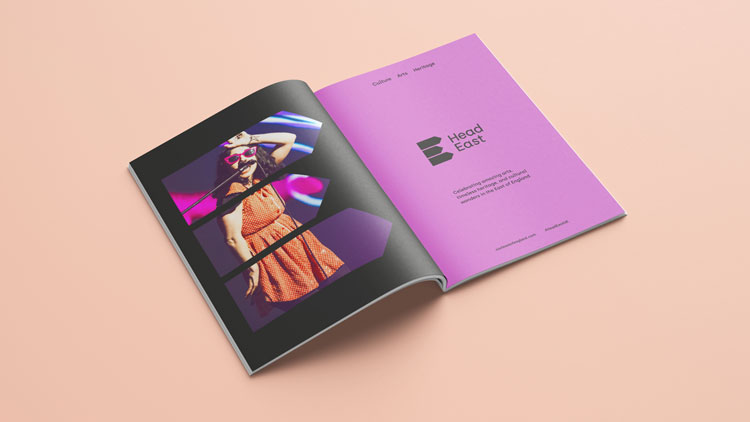 Throughout the process, the design team kept the visuals pared-back and simple so that the identity could be used by the project’s partnering brands. The studio has created a brand toolkit, including templates and assets for participating venues and organisations.

When the brand is used in different locations, an effort will be made in the copy to make clear it’s the East of England. “When an ad is placed in a particular location – for example, London – we need to be careful that it doesn’t look like, ‘Head to East London’,” he adds.

Head East rolls outs with a campaign video and on social media platforms.

What do you think of the Head East branding? Let us know in the comments below.