Online rental company Airbnb has launched a new platform which looks to make it easier for people to take refugees into their homes.

Earlier this year, the California-based company pledged to provide short-term housing for 100,000 displaced people around the world over the next five years. So far, 6,000 people have volunteered to open their homes to refugees.

The platform comprises a sub-site within Airbnb’s main website. It has been designed to allow charities and other organisations to easily connect and make bookings with hosts who have offered up their homes to refugees and other displaced people at no cost.

Airbnb hosts are able to sign up and list their homes on the sub-site, while registered organisations can search and book available listings.

Airbnb co-founder Joe Gebbia, says: “In the past, it was really difficult for people to open up their home to someone in need. Now leveraging Airbnb’s core competency is easy for anyone who has a spare room or apartment and wants to connect with relief organisations and play a small role in tackling this global challenge.”

“By connecting hosts willing to open their homes with families in need, Airbnb will help us cut the time and expense of moving refugees from harm to home,” adds Gebbia.

The user experience (UX) design aims to “make it as easy as possible for hosts to open their homes, and for our partners to book them”, says Kyle Pickering, a designer at Airbnb’s studio Samara.

“It was all about adapting the existing Airbnb infrastructure to work for people in need and the agencies that support them,” Pickering adds.

The sub-site also features simple, talking head style videos of refugees, evacuees and volunteers telling their stories. The videos feature a dark coloured background that differentiates Open Homes to the rest of the Airbnb site.

The dark background also acts as a “scalable design system” and looks to give the issues being discussed in the videos a “tone of seriousness”, says Pickering.

Organisations with access to the tool so far include the International Rescue Committee (IRC), Refugiés Bienvenue, SolidarityNow and others, with plans to expand the number of partners over the following months and years.

Open Homes is currently available to Airbnb hosts in the US, with the platform set to roll out in Canada and Europe later in 2017. 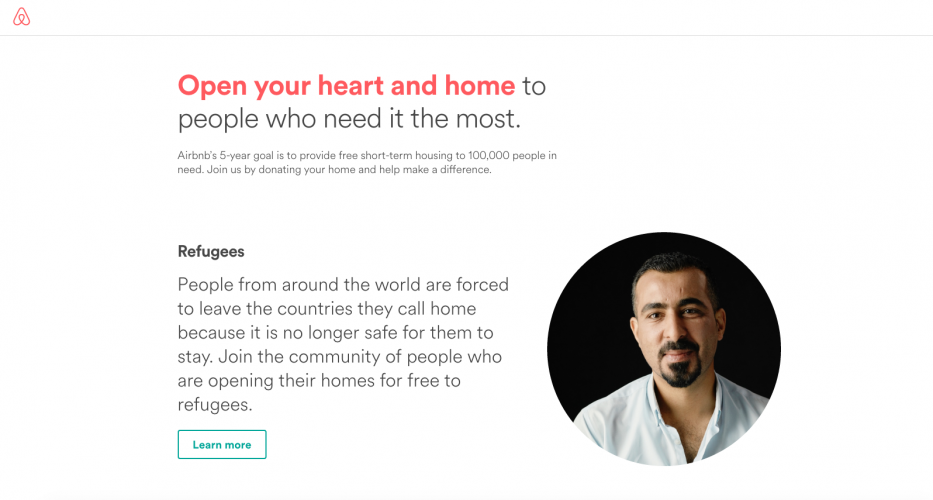 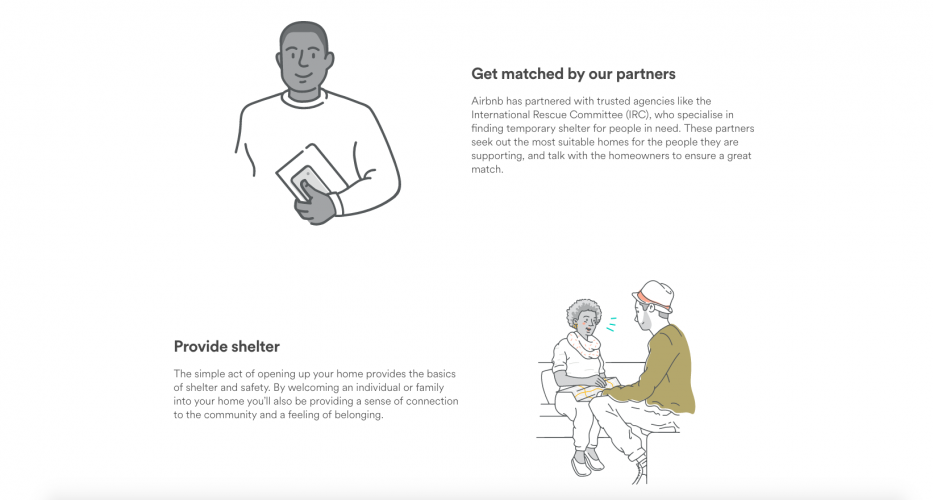