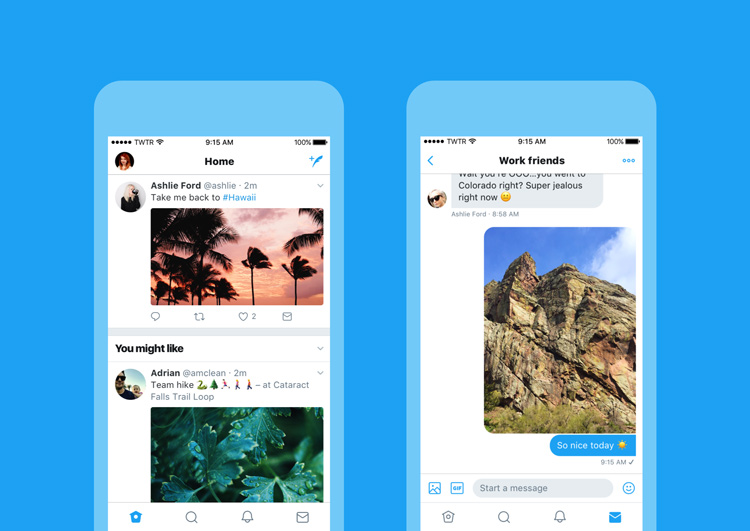 Twitter has rolled out a redesign of its online platforms, which aim to make the social media brand “faster and easier to use”.

The new design is being used across Twitter’s website, iOS and Android apps, its scheduling program Tweetdeck and Twitter Lite – its app suited to low storage space and a slow internet connection.

The redesign has been completed by Twitter’s in-house user research and design team, and appears to draw cues from Instagram. 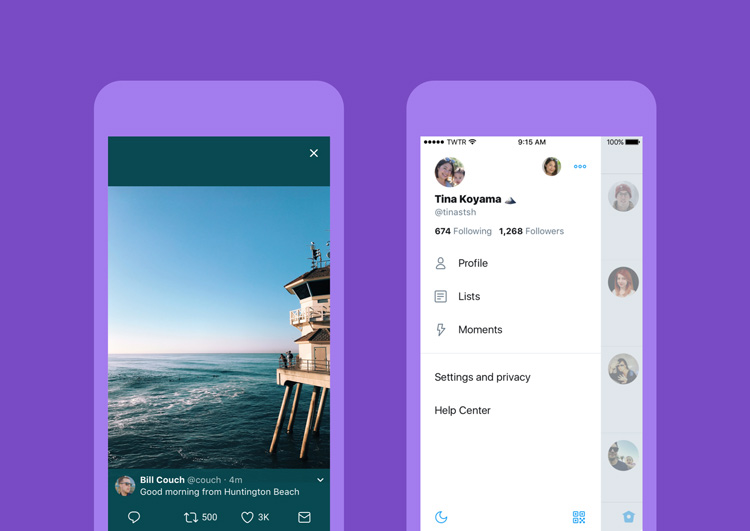 Main updates include refining the typography to make it more “consistent”, bolder headlines “to make it easier to focus on what’s happening” and replacing square profile photos with rounded ones, says Grace Kim, Twitter’s vice president of user research and design.

Icons have been updated to make them “more intuitive”, as well as lighter in colour. For example, the “reply” arrow icon has been replaced by a speech bubble, as the arrow was previously confused as having a “delete” or “go back to the previous page” function, says Kim.

The style of the icons has also changed, with filled-in symbols swapped with line-drawn ones.

Photos have also been given more precedence and highlighted more, due to an overall lighter and cleaner backdrop to the app. Square edges have been replaced with rounded ones.

Instagram also features line-drawn symbols, including the speech bubble, rounded profile photos, and an emphasis on photography. The social media brand rolled out a new website design in 2015.

Tweets now update instantly with reply, retweet and like counts, so conversations can be viewed in real-time, rather than users needing to refresh the page.

The user experience (UX) design of the app has also been updated, with fewer icon options at the bottom of the app, and text removed. A side navigation bar opens up, showing the user’s profile and other menu options.

Links in tweets now open in Safari’s viewer within Twitter, rather than taking users out of the app and into a browser window.

The update has been made using feedback and ideas from Twitter users, Kim says.

Twitter is expected to roll out further design updates soon, and will continue to incorporate user research.