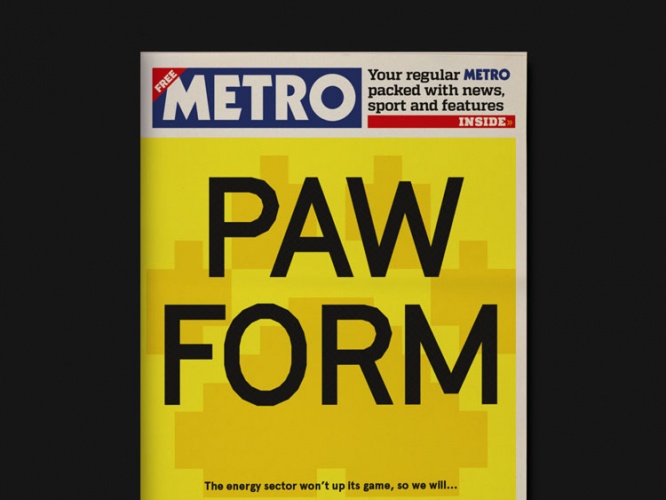 Design studio Someone has rebranded energy switching company Labrador in a bid to attract more users and turn them into “activists” when it comes to saving money on bills.

Labrador is a free service that switches consumers to cheaper tariffs by monitoring and comparing offerings from across the energy market, according to Someone, with a sign-up process that only takes “two minutes”.

The studio says energy providers rely on “apathy” in their customers when it comes to switching to a better deal as many find searching through tariffs “complex” and “daunting”, so they simply give up.

Someone has created a full online and offline branding system for the company to appeal to a wider audience.

Simon Manchipp, founder and executive strategic creative director, says: “The new Labrador brand sets out to stimulate conversation and get people to make a minuscule investment in time and effort for a financial gain.”

The studio has created “clear” and “direct” visual and verbal systems with graphics, animations, iconography and a visual identity, as well as a brand strategy and advertising campaign.

Manchipp says they chose not to “sugarcoat” information or “simply display hard data, but instead be straight to the point.

“To cut through the faux friendly voices and the dull data awash in the energy sector, we took Labrador to a big bold position,” he says. 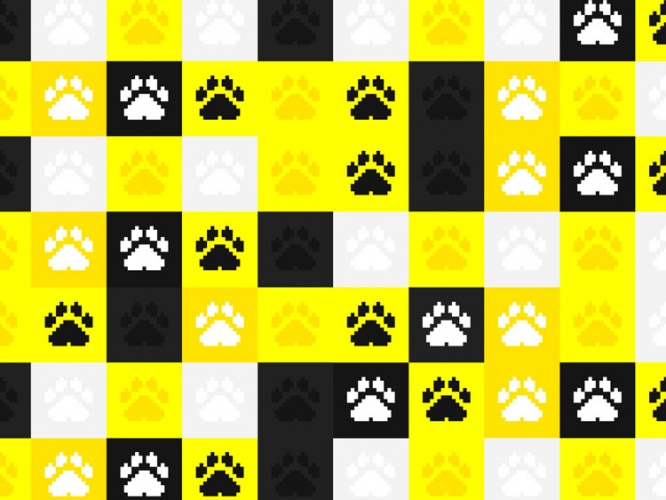 A “decisive” and “bold” voice is used throughout the branding, with statements such as “loyalty is for mugs” and “play the field” appearing in animations and graphics, along with word-play such as “paw form”.

“We’ve channelled our inner Danny Dyer to get messages out there in a way people are receptive and responsive to,” Manchipp adds.

“This is a brand that [wants to] change people’s mindset — ideally from passive bystander to agitated activist.”

The intensity of the design changes as people get closer to signing up, he adds, with the “the volume turned down towards sign up and amplified to 11 in communications designed to attract those unfamiliar to the offer”.

For example, one newspaper advert features a large slogan in the centre of a bright yellow background, while a page on the company’s website features smaller, more subtle writing.

The colour palette is primarily yellow and black, which Manchipp says “offers super high contrast for readability and legibility at speed,” with white also used.

The logo features a paw print in a box of a contrasting colour, next to the word “labrador”.

Patterns featuring the paw print, which has straight edges resembling an 8-bit pixelated image, are used throughout the branding in various ways, such as zoomed in to form a background.

Cinetype, a typeface with only straight lines and no curves, by Grilli Type is used for the wordmark and Apercu by Colophon is also used in the branding.

Key design features on the website include a switch that allows people to invert the colours, changing the background to black, which the studio says enables the site to consume less energy.

The new branding is currently being rolled out across digital and print touchpoints, including the website and print advertising. 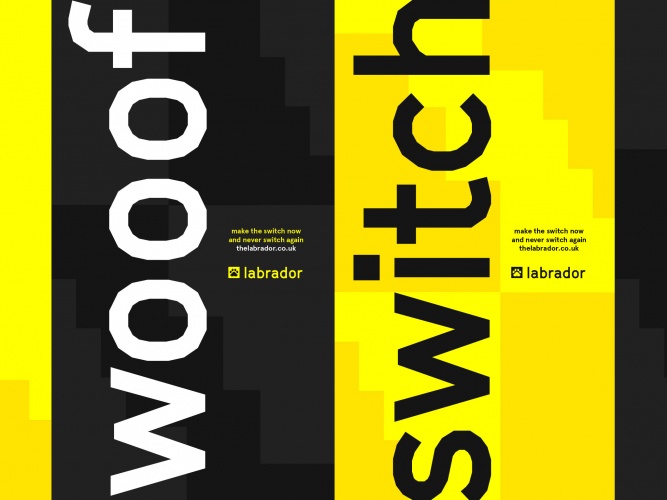 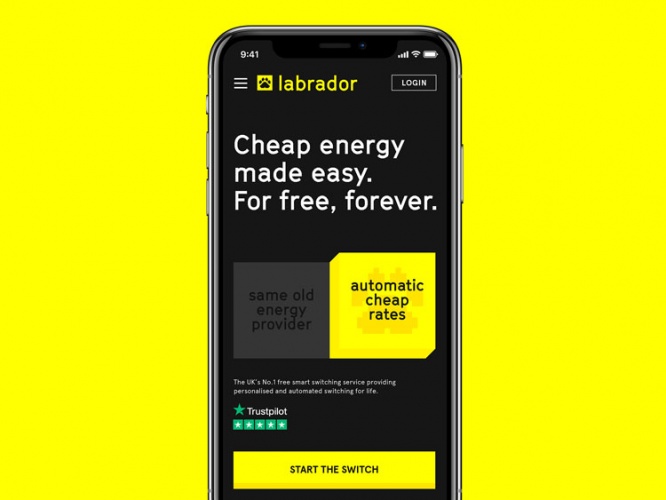 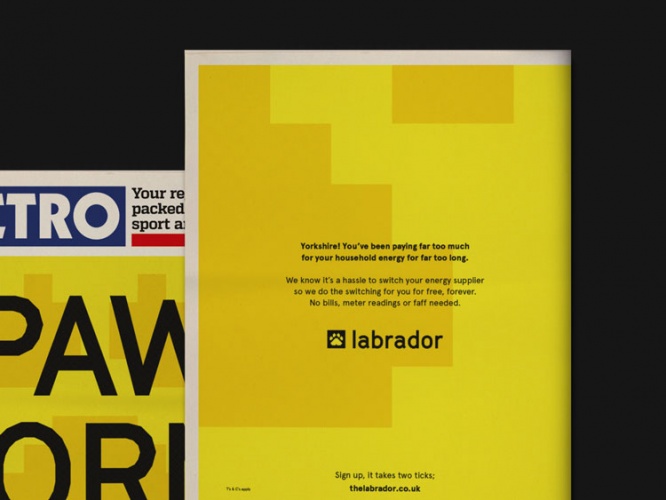